Sometimes intuition is just wrong: we learned that the sun, no matter how much it seems to revolve around the earth, doesn’t.

Our most common intuition about migration and development is just as clear: more development must cause less migration. Won’t economic growth in, say, Haiti mean that fewer Haitians want to leave? This seems as plain as the sun crossing the sky, but the data simply do not support it.

I summarize the data and 45 years of research on this subject in a new paper. The unmistakable pattern is that, for countries below something like $6,000–8,000 GDP per capita (at US prices), countries that get richer have more emigration. The threshold arrives at roughly the income per capita of Albania, Algeria, or El Salvador. But roughly half the countries on earth, and all the poorest ones, are below the threshold.

A portrait of the ‘Mobility Transition’

We see this pattern in emigrant stocks across countries, in every decade: Poor countries with higher incomes typically have larger fractions of their population living outside the country, until the threshold. 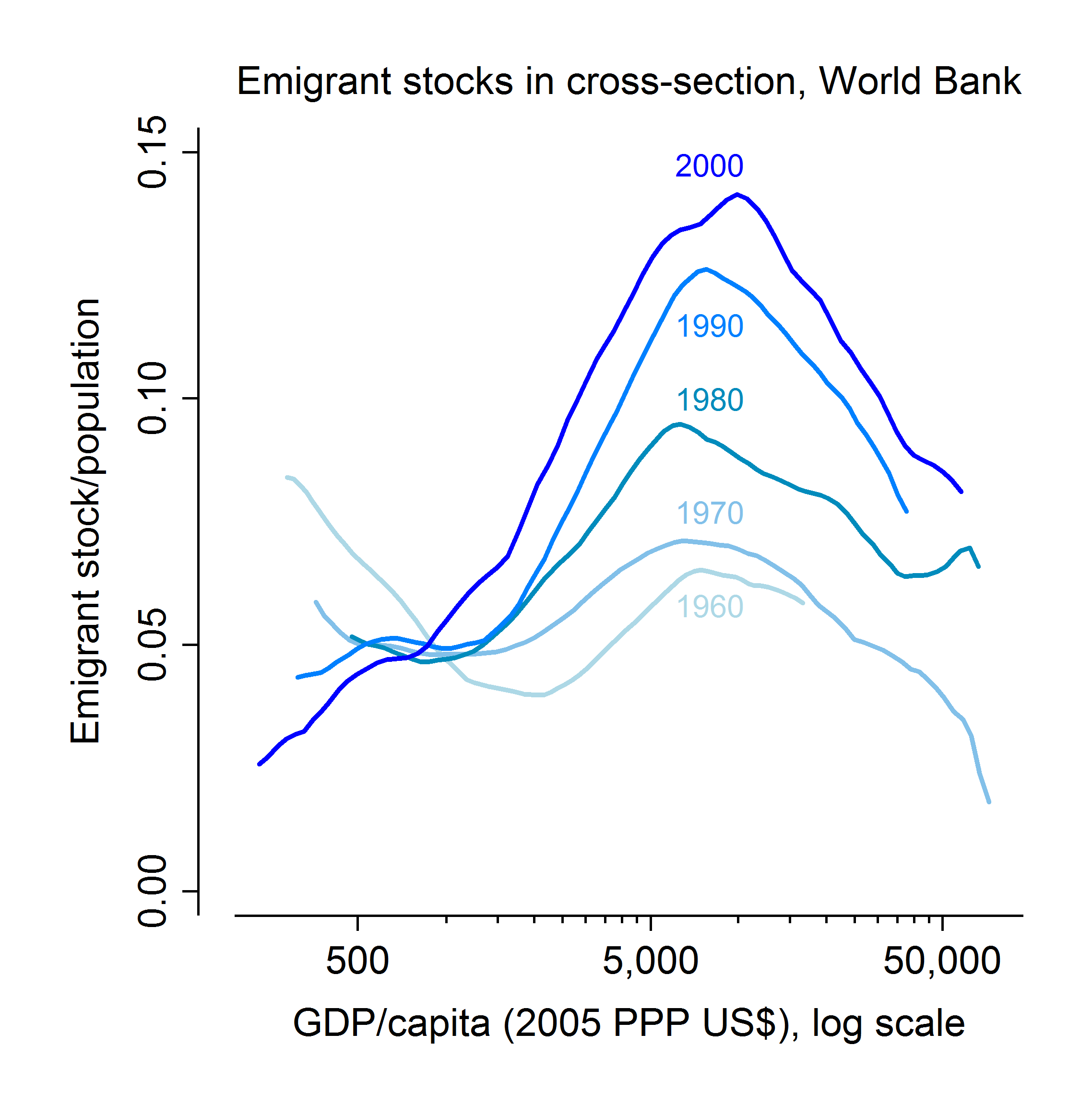 Roughly the same is true for net flows of emigrants. For countries below something like $5,000 GDP per capita (at US prices), a country that starts the decade richer has a higher rate of net emigrant outflow during the subsequent decade. Only countries richer than that threshold exhibit lower outflows as development proceeds. 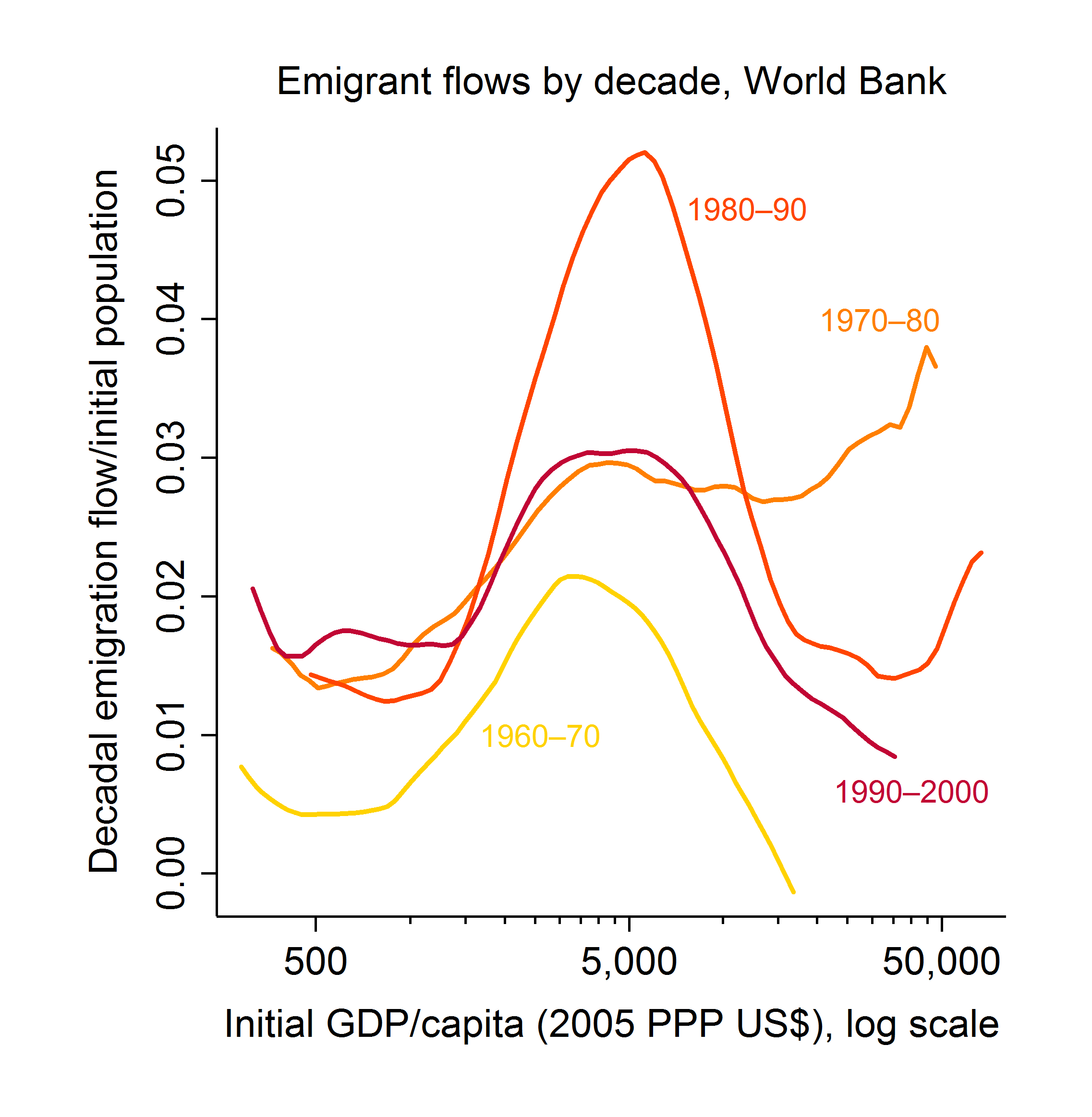 I was asked to study this issue by Robert E. B. Lucas of Boston University, one of the founders of the research literature on migration and development, as a chapter in his forthcoming International Handbook on Migration and Economic Development. I jumped at the chance, because it’s where our intuition is most wrong that we have the biggest opportunity to learn.

The mobility transition has big policy lessons. As I discuss in the paper, a great deal of aid and trade diplomacy is justified on the basis that it will reduce migration pressure. I have witnessed this in conversations with countless aid workers and philanthropists. History suggests that exactly the opposite will happen: efforts to assist development of the poorest countries, if successful, will foster mobility.

This suggests that for most poor countries, most of the time, an assistance policy that seeks to deter migration will fail. People who are serious about development in the poorest countries—such as Haiti, Ethiopia, or Cambodia—need to include migration in their strategies. Successful migration and development policy, in the broadest sense, means planning for a mobile world.

Event
Accountability in the Humanitarian System: In...
Masood Ahmed