Deforestation has made several big headlines in recent weeks:

And then there’s this one from the UN Food and Agricultural Organization (FAO):

The FAO’s Global Forest Resources Assessment (FRA) provides a useful compilation of official national statistics on forests. But when it comes to aggregating national data and drawing conclusions about global trends, the numbers reported by the FAO should be viewed with a healthy dose of skepticism. Here are three reasons why:

1. Bad numbers in, bad numbers out.  The numbers in the FRA are self-reported once every five years by national forest agencies, each using their own methods and definitions. Data quality ranges across countries from world class (e.g. Brazil’s satellite monitoring) to speculative guesswork. Some agencies may face domestic political incentives to under-report deforestation, or to over-report it. We’d all like to assume the best of government agencies, and many of them are surely doing the best they can with limited resources.  Still, the numbers being fed into the FRA by some forest agencies strain credibility.

Just one example should suffice to illustrate the broader problem. Indonesia, according to satellite data, has obliterated an area of forest larger than North Dakota or Cambodia over the last 14 years alone.  Yet Indonesia reported to the FRA that its deforestation rate in 2010 was just five square kilometers a year (Figure 1).  That’s 0.04% of the rate seen by satellites. It’s less deforestation than reported by Ireland, a much smaller country not particularly known for deforestation.

Some amount of discrepancy between satellite measurements and FRA reports can be chalked up to different definitions, neither of which is perfect. Satellites pick up any lost tree cover (“land-cover change”), so they don’t distinguish between natural forests and plantations. The FRA definition only counts land as deforested if it’s been converted to farms or other uses (“land-use change”), so countries can hide industrial logging clear-cuts behind the euphemism “temporarily unstocked” forest. But under no definition of deforestation are Indonesia’s reported numbers plausible.

Thankfully, Indonesia’s deforestation numbers were reported for a different category from the numbers that FRA used to calculate its headline figures on diminished forest cover. But when the FRA’s seeming lack of quality control allows inputs as unrealistic as these, how can we rely on its outputs? How, for that matter, can we rely on its other inputs? 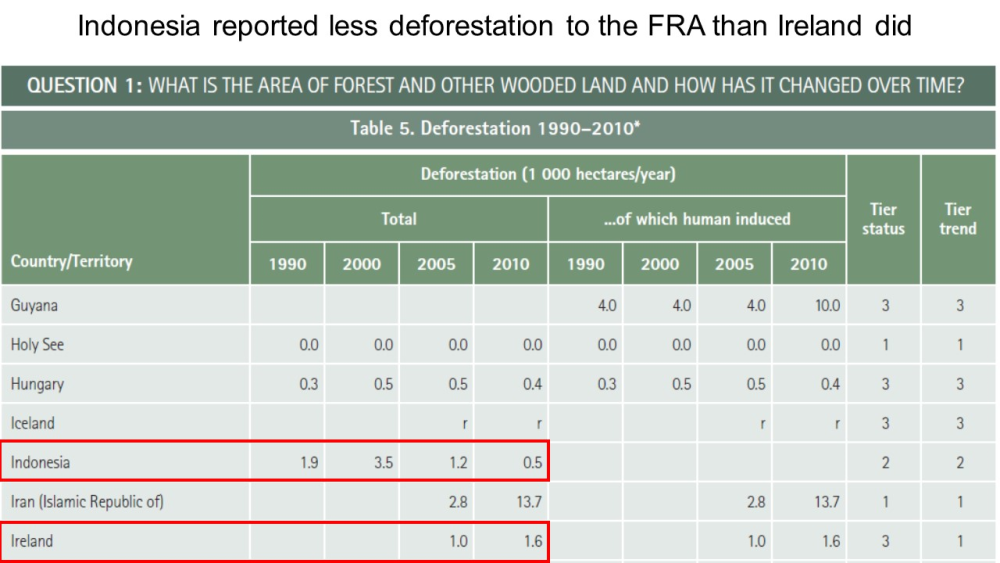 Figure 1. Source: Global Forest Resources Assessment Desk Reference. Table 5, Deforestation 1990-2010. FAO 2015. (The asterisk reads: "It should be noted that reported data is considered very weak as most countries do not collect this information.”)

2.Rejiggering the past. It’s important to understand that the FRA is not a longitudinal study, in which countries apply the same methods and definitions year after year.  Instead forest agencies make continual and seemingly ad hoc modifications to past data points on forest cover.  Over the course of five successive FRAs, total reported tropical forest cover in 1990 went up, then up, then up, and now down again. The area of contemporary tropical forest cover reported in 2015 is no different from the area reported in 2005, or 1990 (Figure 2).

Now, when old data points are known to be wrong, they should be corrected. But the modifications made to past data points from one FRA to the next are as large or larger than the reported forest loss. The 2015 FRA claims retroactively that more than half of the forest that disappeared between the 2010 estimate and the 2015 estimate was never there to begin with (Figure 2). 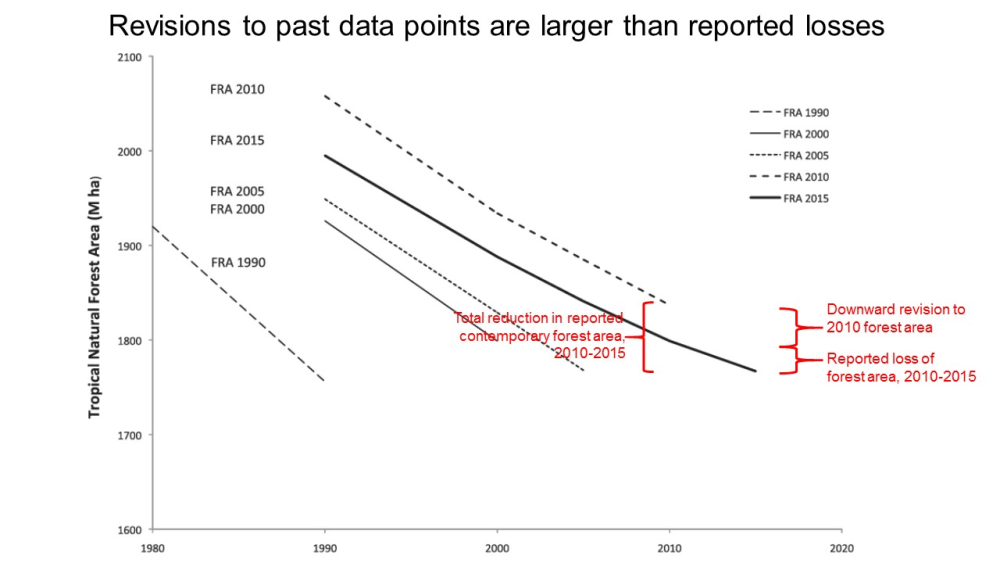 The FRA reports that both net and gross forest loss have fallen from each half-decade to the next.  But satellite data show a statistically significant upward trend from 2001-2014, with gross forest loss rising from each half-decade to the next for both the tropics and the world as a whole (Figure 3). I’ve discussed the discrepancy between FRA data and satellite data previously here. 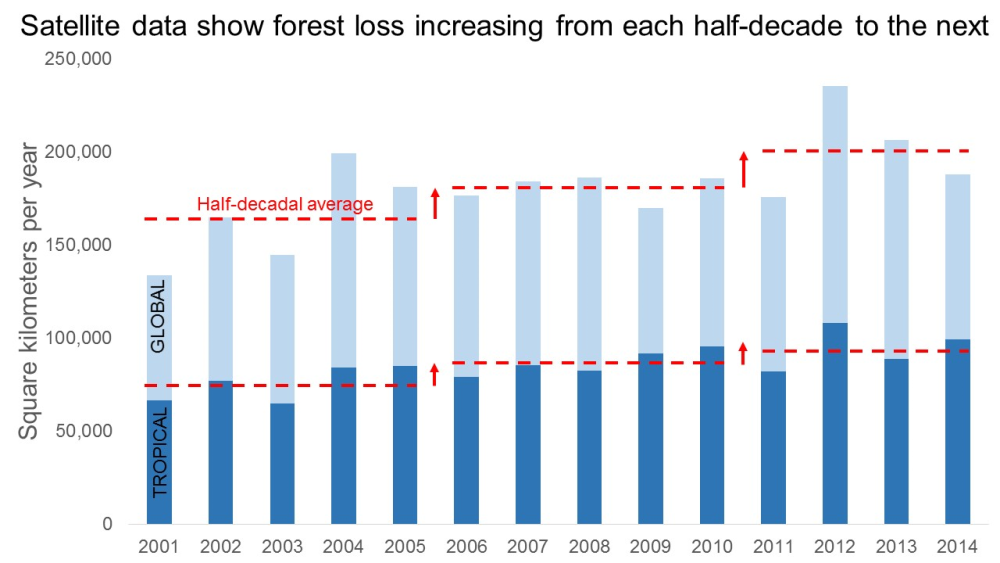 FRA, what is it good for? It’s worth remembering what the FRA is good for and what it isn’t. The FRA is a global collection of official national statistics on forests.  If you want to look up figures on wood harvest in Mali, or plantation forest in Hungary, as defined by those countries, then the FRA is a one-stop shop. These are useful statistics, especially as there’s often no other source.

But if you want accurate global statistics on forest cover, or how forest cover is changing, or how those changes in forest cover are changing, then the jumble of national statistics in FRA simply aren’t up to the task. For that you need data of uniform quality that’s consistent through time and comparable across space. Fortunately, we can now look to independent satellite monitors for this.