The US-Mexico Wage Gap Has Grown, Not Shrunk, under NAFTA. Awkward. | Center for Global Development | Ideas to Action Skip to main content

The US-Mexico Wage Gap Has Grown, Not Shrunk, under NAFTA. Awkward.

The mainspring of that policy for 21 years has been the North American Free Trade Agreement (NAFTA), championed in the US by both George H. W. Bush and Bill Clinton. Pick your US interest group, and they’ll tell you that NAFTA either created or destroyed hundreds of thousands of American jobs (both are exaggerated).

But what’s going on beyond the fence? South of the border, NAFTA’s framers claimed, the agreement would mean better jobs and less poverty, lifting up Mexican opportunities toward US levels. And that was supposed to reduce migration pressure.

A new study by economists Davide Gandolfi, Timothy Halliday, and Raymond Robertson tests this idea in one of the clearest ways it could be tested. They study observably identical workers on either side of the border, who started out separated by a large gap in real wages (‘observably identical’ means the same basic tangible skills like education and years-of-experience. ‘Real’ wages means wages adjusted for price differences between the countries.) And test whether that gap has shrunk since NAFTA was signed.

And the result is…. no. It did not shrink, even a little. The gap has grown.

Below is the study’s estimate of the US-Mexico real wage gap over time, with NAFTA entering into force about a third of the way across the graph, in 1994. The authors measure gaps in 45 different education-experience “cells” (for example, one cell comprises people 19–23 years old with 6–8 years of education). Within each of those cells, workers have the same basic tangible traits. The blue line is the median gap between the countries across those 45 cells; the green line is the minimum, the red line the maximum. 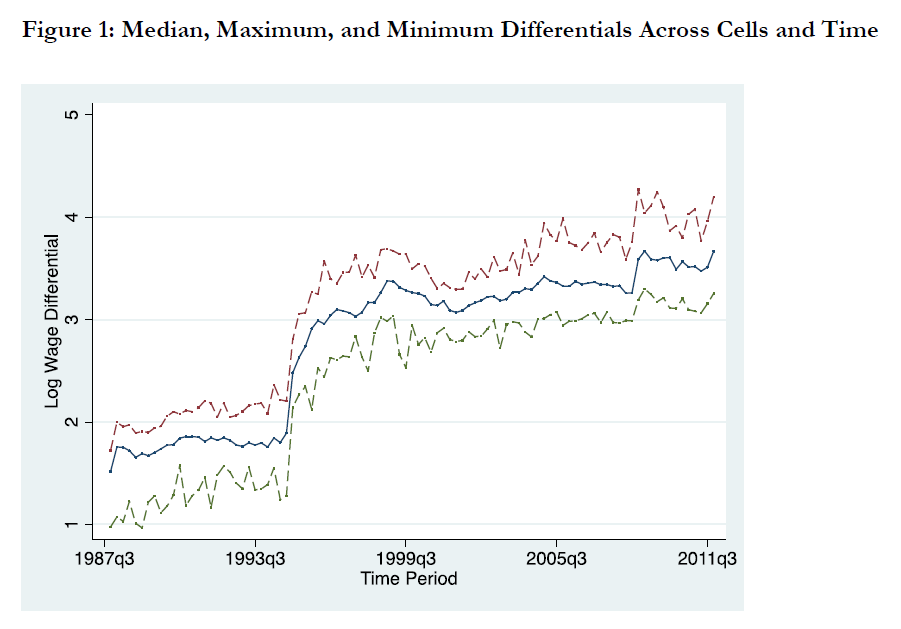 Earlier, economist Gordon Hanson likewise found little sign of wage convergence in the first decade of NAFTA. Now, two decades in, that has not changed.

Why not? No one is sure, because so much else has happened over the same period—like the Tequila Crisis, two US recessions, and the drug cartel war. And things could still change as the years wear on. But these studies contain three clues to dig further.

The emerging lesson is that everything-but-labor globalization has been completely insufficient to foster US-Mexico wage convergence for observably identical workers. And everything-including-labor globalization would likely produce some convergence where a trade-and-investment-only deal failed, but far from full convergence. Full convergence requires institutional change, one of the most exciting and important areas of recent economic research. If you want an entry point, look to Acemoglu and Robinson, or to Avner Greif, or to Douglas North. 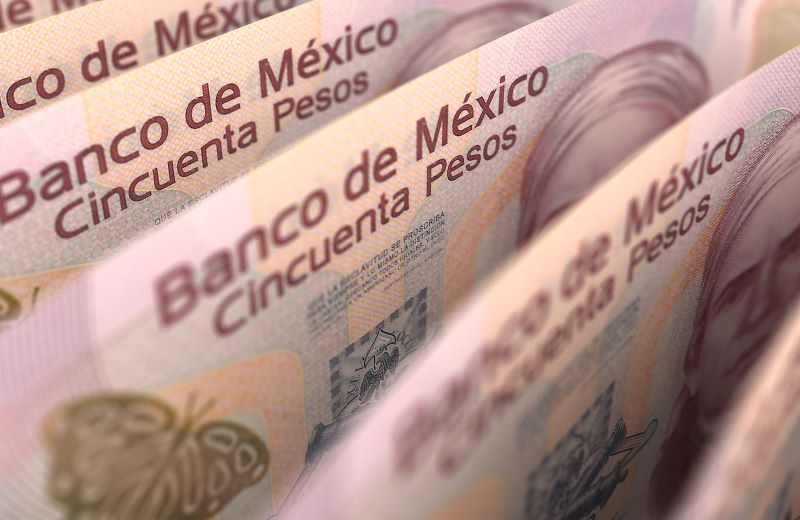