Will 2019 Be the Year of Making Primary Health Care Happen? | Center for Global Development | Ideas to Action Skip to main content

Will 2019 Be the Year of Making Primary Health Care Happen? 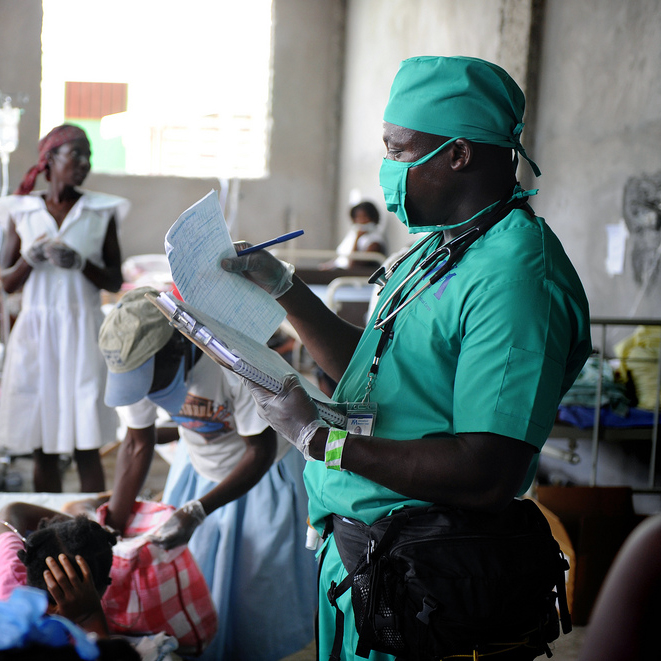 Last fall, policymakers gathered in Astana, Kazakhstan to renew their commitment to primary health care (PHC). The gathering marked the 40th anniversary of the landmark Declaration of Alma-Ata, which enshrined health as a basic human right and paved the way for global recognition of PHC as a fundamental component of national health systems. Yet on Universal Health Coverage (UHC) Day last month, we were reminded that many countries are falling woefully short of making PHC accessible and effective, with half of the world’s population still lacking access to essential health services. The financing, policy, and implementation landscape is growing increasingly complicated, and the burden of non-communicable diseases is rising in many places, putting even more pressure on countries with already-weak PHC systems to meet growing demands for complex and continuous care, as described in a recent CGD note.

While the Astana declaration spotlighted the importance of PHC, its ambitious rhetoric is not yet backed by meaningful actions and clear accountability mechanisms. The High-Level Meeting on UHC planned for September 2019 presents the perfect moment for governments and global health funders to move beyond buzzworthy yet hollow declarations and instead make concrete financial and strategic commitments. Thoughtful and systematic consideration of the policy and implementation pitfalls that often go overlooked will be critical. Below, we highlight four policy ideas for making PHC a reality on the path to UHC, drawing on a recent event CGD convened in partnership with John Snow, Inc. (JSI) and the Primary Health Care Performance Initiative (PHCPI).

Many low- and middle-income country governments face competing priorities within highly constrained public budgets. And oftentimes the result is that PHC is under-prioritized in public spending. Funding can be skewed towards curative rather than preventative care, as JSI’s country representative in Pakistan, Nabeela Ali, pointed out during the event. Indeed, available resources tend to be inefficiently allocated or otherwise mismanaged. Faced with meeting growing healthcare needs within limited budgets, many governments are forced to make difficult allocative tradeoffs. Simply advocating to ministries of finance for more money is often not effective, as Ali discussed; rationalization of spending is also essential for ensuring that available funds have the greatest impact and efficient use.

More systematic resource allocation and budgeting processes—that is, rationalizing funding based on the reality of needs and clear frameworks for allocating resources—is critical. Country governments need to carefully consider trade-offs between alternate spending decisions. There are ways to think about allocations more systematically: designing an explicit benefits package, for example. The International Decision Support Initiative (iDSI), a global network of experts, supports national institutions to make better decisions about how to spend healthcare resources, and just recently received a $14.5 million boost to scale up engagement with policymakers in low- and middle-income countries. Clearly, there is a better way forward.

2. Incentivize donors to invest in PHC in a way that mutually reinforces shared priorities

Although many countries are moving towards transition, donor assistance still remains an important source of support for PHC. Last month, WHO released a new report on public spending on health, which, among other important insights, featured the first-ever comparable measure of PHC spending in 46 low- and middle-income countries (of course, these estimates are not without challenges and limitations, but are nevertheless a step forward). The report finds that less than half of PHC expenditure is supported by governments (although there is significant variation across countries); it also reinforced that immunization in low-income countries remains heavily reliant on external funding.

At the same time, global health funding siloes and stove-piped delivery channels can lead to inefficiencies. The global health security agenda is a case in point. While preparedness relies on exceptional primary care and strong surveillance to detect and respond to cases, as our colleague Amanda Glassman noted, funding for pandemic preparedness and PHC come through separate channels and are often treated as distinct. Echoing this, Vin Gupta of IHME and a non-resident fellow at CGD, argued for donor priorities to be more mutually reinforcing: donors could tackle non-communicable diseases and boost preparedness measures by investing in strong PHC systems that effectively address these dual priorities.

Investing in PHC must be a top priority, and fit-for-purpose incentive structures are one pathway to creating an enabling environment for these investments. For example, donors could consider restructuring funding to create incentives for governments to begin to sustainably fund key PHC elements. As Ali indicated, donors must also support countries’ efforts towards “self-reliance” by aligning investments with countries’ priorities.

An intentional and deliberate focus on fixing “missing links” and making connections across sectors and levels of the health system is critical to improving equity in and coverage of PHC. Rose Macauley, JSI’s country representative in Liberia, spoke of the importance of community leaders in responding to the Ebola outbreak in 2014–2016, noting that “missing links” in Liberia’s essential package of health services as well as problems with the underlying health infrastructure were key contributors to the spread of disease. Without diagnostic tools, workforce preparation, or standards in place for avoiding risk exposure, 8 percent of Liberia’s health workforce died in the course of the outbreak.

Binyam Fekadu Desta, deputy chief of party for USAID Transform: PHC project/JSI lead, also called for greater capacity building at the provider level. In Ethiopia, Desta is leading efforts to expand capacity by identifying systems for connecting the primary care workforce at the national through hospital levels. From a supply chain perspective, Clinton de Souza, director of public health at Imperial Logistics, highlighted an example of innovation in product distribution in Malawi: a local logistics company has begun contracting directly with the government, demonstrating that the private sector has a role even in low-resource settings and that focusing on the whole health system—rather than just donors, governments, or private actors—is central in building a strong PHC system.

4. Data and measurement should lead the way towards accountability

Experts participating in the event pointed to the fundamental necessity—yet in many instances lack—of quality data that can clearly demonstrate what works and what doesn’t in PHC systems. Recent efforts—such as WHO’s estimates of spending on PHC and PHCPI’s new measurement tool, Vital Signs Profiles—indicate movement in the right direction. And while there are some success stories, the big picture is that many countries are performing poorly when it comes to PHC.

But success doesn’t stop after data collection. Natela Ménabde, executive director of the WHO office at the UN, stated that information gathered about PHC must be widely used to inform policy decisions. She also stated that once we know what does work through evidence generation, interventions must be adapted and tailored to the context. Indices and other more systematic presentations of data, according to Gupta, can help draw political attention to where more investment is needed, and can also potentially help point donors in the direction of where trends are heading (and where they should focus investments).

In Pakistan, for example, where 64 percent of the population lives in rural communities, there is significant demand and need for primary care. Yet prior to 2011, lack of political will and skewed funding yielded disappointing results. Following decentralization in 2011 with resource allocation decisions moving back to provinces and districts, PHC was brought back into focus, per Ali.

Although the spotlight on PHC in 2018 was a welcome development, the global health community still has a way to go in making concrete funding and policy commitments with accountability frameworks baked in that can lead to measurable progress. Even in cases of success, sustained commitment and political leadership is needed, as shown by recent developments in Mexico, where the new president, Andrés Manuel López Obrador, is taking aggressive steps to dismantle Seguro Popular, the country’s largest public health insurance program.

Collectively, we must find opportunities to give political visibility to gains that can be made through investing in PHC, as Glassman noted during the event. The track record of recent high-level meetings on important global health issues has been disappointing. We’ll be watching to see if the upcoming September UHC meeting translates rhetoric into action and lives up to being more than business as usual.

If you haven’t already, watch the full recap of the event here. The CGD note, “The Declaration of Alma-Ata at 40: Realizing the Promise of Primary Health Care and Avoiding the Pitfalls in Making Vision Reality” by Amanda Glassman, Janeen Madan Keller, and Jessie Lu, here.