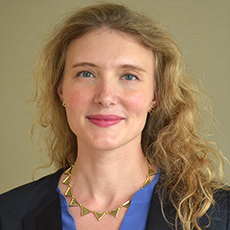 Amanda Beatty was a senior associate at the Center for Global Development concentrating on the Center’s work on effective education systems. Her research is on the impacts of national reform policies in the areas of education and community-driven development (CDD) in Asia and Africa. Beatty’s current projects include efforts to promote community-led solutions to improve education and health service delivery in the most remote areas of Indonesia with the Indonesian government’s National Team for the Acceleration of Poverty Reduction (TNP2K), and a nation-wide CDD program in the Philippines.

Beatty was on a one-year leave of absence from Mathematica Policy Research, where she led research related to chronic malnutrition in Indonesia and pre-primary education in Tanzania. Before joining Mathematica in 2012, Beatty led randomized evaluations related to early childhood education and development, community engagement in education, and professional development for teachers as an economist with the World Bank in Indonesia. Beatty also worked as an M&E program officer with the Millennium Challenge Corporation from 2005 to 2008, where she focused on agriculture, infrastructure, education, and water and sanitation, mainly in Ghana and Madagascar.

To arrange an interview with a CGD expert, please contact mediarelations@cgdev.org
Tweets by mandabeat