So just how upset should the development community be about the leaked intellectual property (IP) chapter from the Trans-Pacific Partnership negotiations? We should be very upset that the Obama administration is pushing an agenda that is more about rent-seeking than innovation. 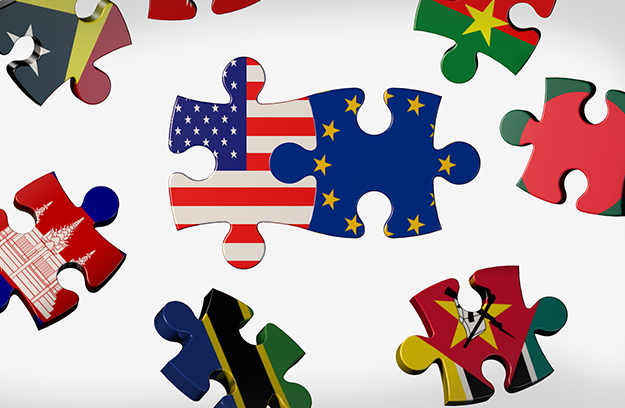 Comment on USTR Speech Is Hobbled by Government Shutdown

Compared to my husband and other federal workers that suddenly find themselves with lots of free time but no pay, my problem is trivial. Nevertheless, it is hard for me to do my job if I can’t get data! After reading US Trade Representative Froman’s speech at the World Trade Organization’s public forum yesterday, I wanted to look at data on US trade with poor Asian countries.

Brookings-UN Report Gets It Wrong on AGOA

The Brookings Institution’s Africa Growth Initiative, in conjunction with the United Nations Economic Commission for Africa, recently released an important report on possibilities for renewing the African Growth and Opportunity Act (AGOA). The report uses a standard trade model to explore the impact of various scenarios. It has the imprimatur of two prestigious institutions and was launched at a high-profile event with US Trade Representative Michael Froman as featured speaker, so it could be an important contribution to the debate over the future of AGOA.

The news from Syria just continues to get worse and there is no glimmer of light at the end of the tunnel. UN Secretary-General Ban Ki Moon said this week that the death toll now exceeds 100,000, making it this century’s third deadliest conflict for civilians.

The Obama administration has announced the suspension of Bangladesh’s trade benefits under the Generalized System of Preferences (GSP) over the country’s failure to improve working conditions and protect worker rights. The decision is not surprising given the problems in Bangladesh, but, as I noted here in January, it is purely symbolic. First, GSP does not include clothing. Second, it accounts for a trivial $35 million of duty-free exports, or less than 1 percent of Bangladesh’s total exports to the United States, most of which (90 percent) is clothing. Meanwhile, most Bangladeshi exports face an average duty of 15 percent, one of the highest rates in the US market.

First, congratulations. In a rare show of bipartisanship, the US Senate overwhelmingly confirmed Michael Froman, previously the president’s top international economic adviser in the White House, as the new US Trade Representative (93-4). Ambassador Froman will have his plate full, with the “mega-regional” negotiations in the Pacific and with the European Union. But I also hope he won’t forget “working to foster development through trade,” as he pledged at his swearing-in.

The Incredible Shrinking Hulks of Trade

A dispiriting exercise in blame-shifting took place in early June at the World Trade Organization (WTO). Trade negotiators have been trying for months to find a few items where they agree so they can declare the Bali ministerial meeting in December a success, and then bury the broader Doha Round.

Yet another Bangladesh garment factory tragedy is making headlines. Last November more than 100 workers died in the Tazreen factory fire, some of them because factory managers blocked doors and told them to ignore the fire alarms going off.