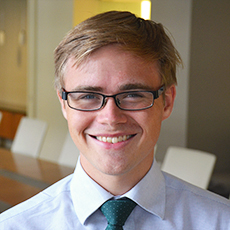 Ben Crisman joined the Center for Global Development in August 2015 and supported the research of Justin Sandefur and Charles Kenny. He graduated in 2014 from Washington University in St. Louis with a Bachelor of Arts in Economics and International and Area Studies with a concentration in International Development and Global Political Economy and completed his MSc in Development Economics at the University of East Anglia (UEA) September 2015.

Prior to joining CGD Ben worked as a research assistant in the Washington University in St. Louis Department of Political Science assisting a lab-in-field experiment on the political economy of investment incentives. His independent research focused on the role of conflict and violence on experimentally derived measures of risk and social preferences in Rwanda.