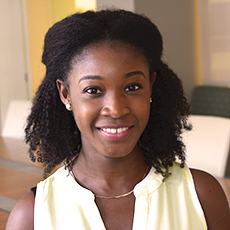 Priscilla Atansah joined CGD in June 2015 and supported the research of Todd Moss and Scott Morris. She earned her bachelors of arts in public policy and international affairs at Princeton University with a certificate in African studies. Before joining CGD, she conducted independent field research on Ghana’s power sector and the potential role of solar and nuclear energy in consolidating electricity access.

Atansah studied abroad at Sciences Po, Paris where she participated in a student task force on naturalization policies in the European Union. She also has interned at the Desmond Tutu HIV Foundation Youth Center in Cape Town, assisting youth 12 to 22 years old in computer literacy and college and career workshops.

A native of Ghana, Priscilla immigrated to the United States in 2008 and has lived in Colorado, Maryland, and Texas. She is proficient in Twi, French, and English.

US Holiday Lights Use More Electricity Than El Salvador Does In a Year
Todd Moss
and
Priscilla Atansah
December 18, 2015
More work