Rural Lombok seems a million miles from traffic-jammed Jakarta.  It’s also a considerable distance to the nearest town where marriages and births can be registered.  And this isn’t only a problem in Lombok. UNICEF estimates around 30% of Indonesian under-5s are unregistered (around 8m children), the 7th highest proportion of any nation. Without birth certificates these little ones essentially do not legally exist.  I was in Lombok recently to see how Indonesia is trying to address this problem.   One way is through mobile clinics where Indonesians can have both births and marriages officially registered, resolving several sets of problems. The center had a festive atmosphere; as you can see from the video I took below, balloons were even given out to children who now, officially at least, exist: that’s certainly a reason to celebrate.

But, even though Indonesia’s reported 33% rate of birth non-registration is already high, it may actually be higher.  A recent major study by the Australia Indonesia Partnership for Justice (AIJP) found that close to 50% of children may not have birth certificates.  Rates of registration are lowest among poor and rural populations and seem to have been increasing only slowly over time.

Indonesia’s low rate of birth registration is remarkable when seen against the extensive development of its population registration program.  Children may be recorded on family cards and in the system’s database but not registered for birth.  Particularly for poor and rural Indonesians this dual system poses challenges.  Birth certificates – as reaffirmed by the Constitutional Court— remain the only valid affirmation of legal identity and citizenship. They are also required for many important activities: to attend school, participate in extra-mural activities, or work in government service. While in practice these requirements are not always enforced, this leaves people vulnerable to the discretion of local officials.  Registration is sometimes used as a way to ration scarce services.  As a result, the system tends to exclude poorer Indonesians and restrict their opportunities.

So why not register the birth along with entering the child in the family card?  One reason seems to be the problem of recognizing paternity.  Children born outside a legally registered marriage can only have the mother’s name inscribed into their birth certificate and have no recognized legal relationship with the father. This conveys a stigma, and is seen by a large majority of the population as an undesirable “low quality” certificate. Not surprisingly, children born of non-registered marriages are far less likely to have birth certificates than those born to parents whose marriages have been registered.  The AJIP’s Baseline Survey found that 55% of couples in the poorest 30% of the population did not have registered marriages, and that 75% of the children of these unions had not been registered for a birth certificate.

So, what to do?  One approach is to bring legal and identity services closer to the people through village-based service delivery. The costs and complexity of dealing with the religious and civil bureaucracies is beyond the capacity of many couples. Integrated and mobile services (IMS) can provide citizens with a one-stop-shop to legalize their marriage and request birth certificates for their children by bringing together the three different agencies responsible for marriage and birth registration.  Over 100 IMS clinics have been held.  Partnerships with NGOs, especially PEKKA (Perempuan Kepala Keluarga:  Women Headed Households) have played an important role in helping to publicize these events, assisting applicants to navigate the process (complex for marriages and births that took place years previously), fill in forms before the clinic, and secure witnesses.  The clinics can be festive occasions and include a party to celebrate the newly registered children.  It’s not just a piece of paper, they are told -- it’s official legal recognition that they exist.

Integrated and mobile services alone will not be enough to close the birth registration gap.  More will be needed, including to link the provision of maternal and child services to civil registration and to build on the recent ruling of the Constitutional Court that restricting proof of paternity to legal marriage constitutes discrimination against the child - a situation inconsistent with the Constitution.  Nevertheless, integrated and mobile services are a good start, not only to encourage birth registration but to achieve wider legal recognition of marriages, divorces and other vital events. 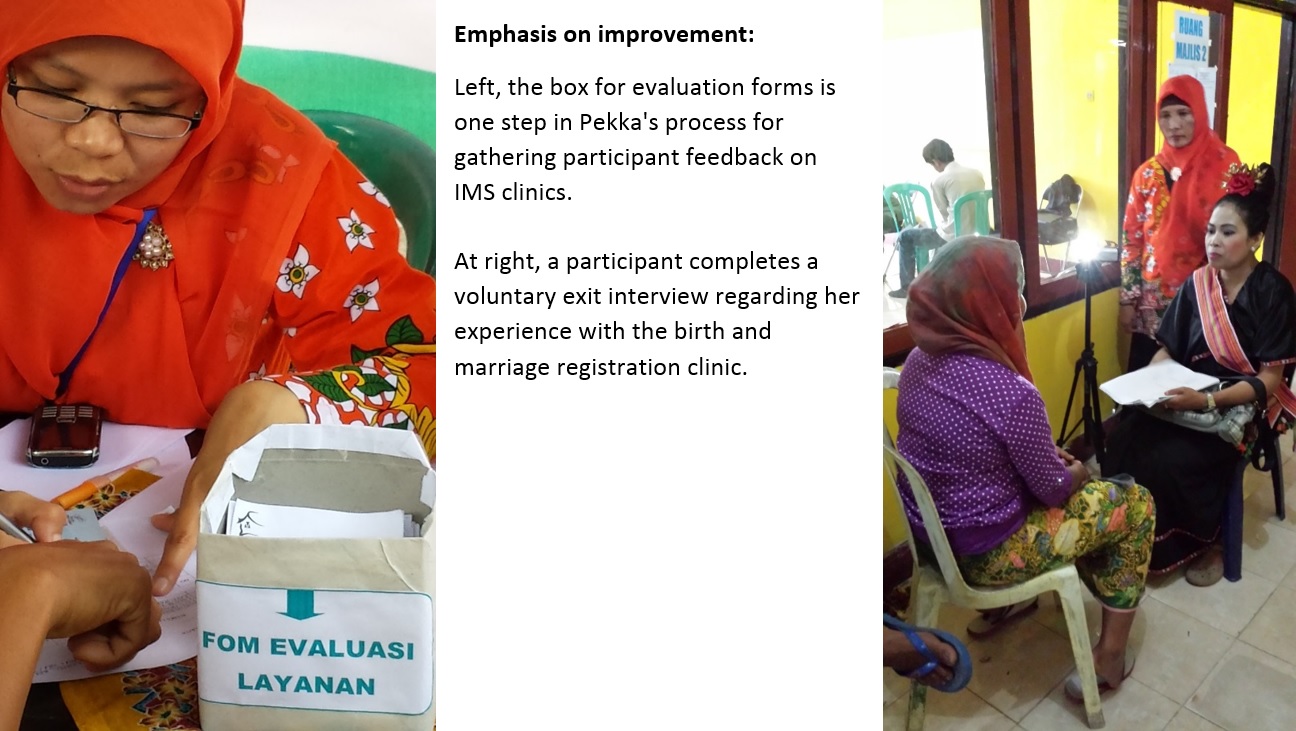 Digital Payments and Service Delivery, Technology and Development, Biometrics and the ID Revolution

Blog Post
Aadhaar as Proof of Identity: Could Tokenization Offer a...
Alan Gelb and Anit Mukherjee