For a Clean Energy Breakthrough to Save the Planet, It Cannot Forget the Developing World | Center for Global Development | Ideas to Action Skip to main content

For a Clean Energy Breakthrough to Save the Planet, It Cannot Forget the Developing World

by
Todd Moss
and
Charles Kenny
August 30, 2016
The climate and energy challenge is primarily about finding ways to bring clean energy to Rio and Lagos, not to San Francisco or Berlin.

To avoid catastrophic climate change, the world needs a radical transformation in how we produce energy. In fact, the International Energy Agency estimates that generation from renewable energy needs to more than triple by 2040 to have any chance of limiting global warming to two degrees Celsius. And for all of the recent progress in energy technologies, most people accept that we will only achieve sustainable energy patterns with a substantial investment in research and development—from solar, wind, and nuclear through storage and efficient distribution.

The good news is that the international community is committed to finding low carbon technologies to power an increasingly high-energy planet. Mission Innovation is a pledge by major emitting countries to double their investments in clean energy research from its current level of $15 billion over the next five years. Bill Gates and other billionaires have teamed up to create the Breakthrough Energy Coalition to add private support as well, bringing the total expected investment in research to well over $110 billion through 2021.

These efforts should lead to changes in the way North America and Europe generate power in the future. But where the research will take place and where energy will be consumed doesn’t necessarily match up.

Between 2012 and 2040, electricity use by OECD countries is expected to grow by 18 percent; but for non-OECD countries, the projected rise is a whopping 71 percent. Within 25 years, non-OECD countries will account for two-thirds of global energy consumption. To that end, the climate and energy challenge is primarily about finding ways to bring clean energy to Rio and Lagos, not to San Francisco or Berlin. 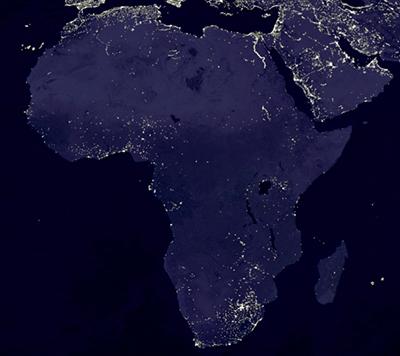 Developing countries are different from rich countries in more ways than income per head. Most are closer to the tropics, where the majority see lower population density. The overall scale of national energy markets is often orders of magnitude smaller than a country like Belgium or Canada—let alone the US. These and many other factors suggest that the sustainable energy solutions that work in the rich world might not be applicable, or at least will require significant adaptation to be applied, in many parts of the developing world. Take one recent example: how useful is a major breakthrough in carbon capture in Iceland when most developing countries don’t share relevant geological features?

The big push on sustainable energy R&D can only succeed if it takes into account the opportunities and special challenges for bringing energy to the world’s poorest regions. This means that Mission Innovation and the Breakthrough Energy Coalition should be sure they set aside funds not just for sexy projects that will work among the affluent of London or Los Angeles, but that will also find energy solutions that are fitting for the demands of consumers in Manila and Bamako.

To complement the push, an energy pull may also be especially useful. Lessons can be drawn from the pneumococcal vaccine story. Pneumococcal illnesses from pneumonia to meningitis are the globe’s biggest vaccine-preventable killer of children under five. A vaccine developed by Western pharmaceutical companies soon became routine in 35 high- and middle-income countries, but it did not provide protection against the strains most prevalent in the developing world. The Bill & Melinda Gates Foundation along with six governments created an “advance market commitment,” pledging to spend $1.5 billion on a vaccine—that included those strains—if it was developed by pharmaceutical companies.

GAVI has now immunized 47 million children with the new vaccine. Perhaps a similar pull mechanism could apply to clean energy?