Containing Monkeypox: The Path Towards a More Equitable Response | Center for Global Development | Ideas to Action Skip to main content

Containing Monkeypox: The Path Towards a More Equitable Response

Over the weekend, confirmed global monkeypox cases rose to over 1,600 – an unprecedented global outbreak of this usually under-the-radar viral disease.

In this blog, we explore the potential scale of this unanticipated global transmission, explain why targeted smallpox vaccination wasn’t deployed to deal with earlier outbreaks in sub-Saharan Africa, and what policymakers should do now to control this outbreak.

What, when, and where is monkeypox?

The monkeypox virus is in the same family as, but much rarer and less severe than, smallpox. The rare disease, transmitted by close contact with lesions, body fluids, respiratory droplets, and contaminated materials, was first discovered in monkeys in 1958, but later spread to humans by 1970.

Monkeypox can appear in all sorts of animals, and infected animals can transmit the virus to humans. So, increased animal-human contact, as well as human-human contact, can speed up viral spillover and spread.

The 2022 outbreak has likely been spreading undetected for some time, and according to new genetic sequencing reported by the US Centers for Disease Control and Prevention, there are at least two distinct strains of the virus, making it tricky to contain transmission.

Public health authorities in the UK, US, and Europe are now recommending smallpox vaccination for healthcare workers and for those who have been in close contact with people with monkeypox infections to control the spread of the virus. One vaccine (MVA-BN) and one treatment (tecovirimat) were approved to treat monkeypox in recent years, but are not widely available.

In the past, smallpox vaccinations have been protective against monkeypox—data from Africa suggests up to 85 percent effectiveness. But the eradication of smallpox has had an unanticipated impact: when the world stopped vaccinating against smallpox, it left many people who are currently under the age of 50 vulnerable to monkeypox.

WHO acknowledges the cross-protection provided by the smallpox vaccine for monkeypox, but has not provided guidance to vaccinate in this way. In fact, after smallpox was wiped out in 1980, the Global Commission for the Certification of Smallpox Eradication determined that continued smallpox vaccination against monkeypox was not justified, and the WHO stopped recommending the vaccine. Last week, WHO released interim rapid response guidance to prevent and control monkeypox, which affirms the protection provided by the smallpox vaccine, but offers no recommendation to use the vaccine to control monkeypox spread.

Before the recent global outbreaks, monkeypox cases had already been increasing in West and Central Africa. WHO reports a cumulative 23,428 suspected cases and 589 deaths since 2017—and this year, seven countries in the African region reported over 1400 suspected cases and 66 deaths (a case fatality ratio of 4.7 percent) through May 2022. A significant proportion of those cases were in DRC, and to date, DRC is the country most affected by monkeypox and is the only country to report cases continuously for the past 5 decades.

Figure 3. Confirmed, probable, and/or possible monkeypox cases in DRC vs outside DRC, 1970-2019

But despite rising cases and a significant case fatality rate in the affected African countries, immunization against the disease has not been widely pursued. In combatting rising monkeypox cases in DRC, WHO identified inadequate funding as a major challenge, alongside weaknesses in surveillance and laboratory capacities, but lack of access to a vaccine was not on the list.

Why can’t we dip into the WHO Smallpox Vaccine Stockpile to contain monkeypox?

A reemergence of smallpox anywhere would pose a significant threat due to its long incubation period, limited availability of medical countermeasures, and low global immunity, among other factors. After smallpox was eliminated, concerns remained that the variola virus (which causes smallpox) could be released from a laboratory, either accidentally or as a biological weapon. Therefore, WHO maintains an emergency reserve of Smallpox Vaccine Emergency Stockpile (SVES), so that, in case of a smallpox event, WHO could deploy a limited number of vaccines and coordinate a response.

The SVES can be used for “rapid, short-term and limited interventions” – providing a way to bide time while manufacturers begin producing additional vaccines and while the WHO helps countries determine containment strategies. But under current guidance, the WHO cannot deploy those reserves for another disease where it could offer some protection.

The WHO’s operational framework for this vaccine reserve indicates that the vaccines can only be deployed for a smallpox event—not for its cousin disease, monkeypox. According to the operational framework, such vaccines may only be used for an outbreak of smallpox, confirmed by one of two WHO reference laboratories—the US Centers for Disease Control and Prevention (CDC) or Russia’s State Centre of Virology and Biotechnology. And to date, smallpox doses from the WHO SVES have never been released for any monkeypox outbreaks in West and Central Africa.

This small supply of vaccines—a total of 31 million doses held in France, Germany, New Zealand, the UK and the US, and 2.4 million at WHO headquarters in Geneva—illustrates the need for larger stockpiles and a more flexible approach to health emergencies given unanticipated situations.

While releasing smallpox vaccines from SVES for countries confronting monkeypox seems unlikely under the current arrangement, the situation reveals an example of the shortcomings of our current system to respond rapidly to health threats wherever they originate.

In pursuit of an equitable and effective response to monkeypox

Ring vaccination, an approach whereby a group of contacts around an infected person is vaccinated, often used for smallpox and Ebola outbreaks, could be used to contain monkeypox as is currently the CDC recommendation for some groups in the US where the number of cases is growing. Swiftly stopping chains of transmission is likely to be important to avoid further spread into animal reservoirs where further mutations could occur. But if the rationale for ring vaccination is sound, it is hugely problematic to exclude sub-Saharan African countries from this effort.

As Dr. BK Titanji of Emory University noted on Twitter: "When we say #Monkeypox vaccination has begun in earnest, it is important to mention where: #UK, #US and #Canada and #Europe. Not in the African countries with ongoing outbreaks which have recorded 1400 cases and 66 deaths this year alone.”

While international understanding of monkeypox transmission dynamics is evolving in real-time, it is striking that smallpox vaccine—which could have been ordered on the market or drawn from the stockpile by the WHO—was not deployed earlier to this most affected region. And as wealthier countries begin to vaccinate and order more doses in earnest, it is unconscionable to exclude support for vaccination and contact tracing to the most affected countries that have experienced the entirety of the mortality impact to date. This is the meaning of preparedness and health equity.

At the global level, greater flexibility to respond to emerging and unanticipated infectious disease threats is essential, and that might mean larger and more flexible stockpiles of vaccines. Stockpiles should not be held back for a specific scenario that may never happen while a potentially dangerous disease begins to circulate widely and the risk of mutations expands. Instead, assuming it is still timely to stop transmission, SVES vaccines could be deployed as needed and orders made to reposition the stockpile immediately, ideally in larger numbers given the evolving geopolitical situation.  Better international coordination and timelier technical and epidemiological guidance from public health agencies in each country and the WHO itself also remains on the international to-do list. 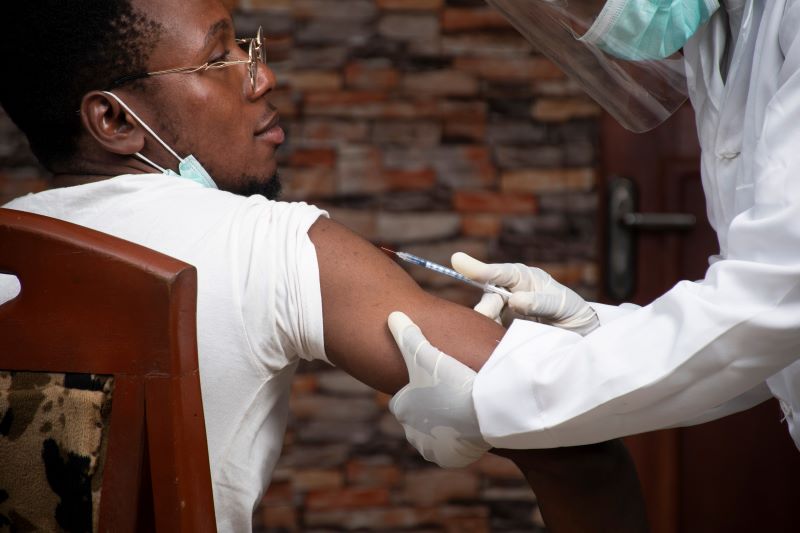