Diaries from the Frontline: How Education Organizations Are Providing Food and Relief during COVID-19 | Center for Global Development | Ideas to Action Skip to main content

Diaries from the Frontline: How Education Organizations Are Providing Food and Relief during COVID-19 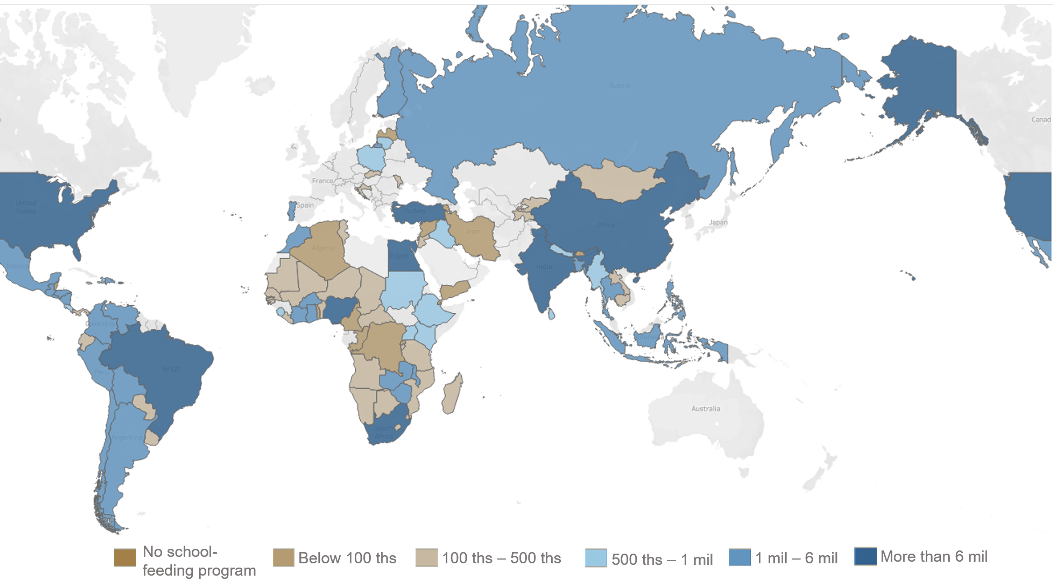 It’s hard to grasp what 1.3 billion kids being out of school means for education systems, families, and children’s welfare. While CGD has been conducting research to advise governments on policy responses to the pandemic, we wanted to supplement big-picture analyses with an on-the-ground look at the reality of operating under the lockdown for education providers in low- and lower-middle income countries, and their roles in supporting the communities that are most affected.

“Diaries from the Frontline” is a new blog series that will feature stories from education organizations working on the front lines of service delivery about what the crisis means for them and the underprivileged communities in which they’re working, as well as the ways that they are helping children to stay engaged in learning or helping families to cope.

For many households, the urgent need is basic sustenance. The World Food Programme anticipates that without action the number of people suffering acute hunger will almost double to 265 million. Social protection programs have grown rapidly since the start of the pandemic, although there are concerns they will miss the informal sector—80 percent of all workers in sub-Saharan Africa. Meanwhile, millions of children are missing out on school meals—a critical supplement for families in low-income countries, where food averages 60 percent of household expenditures.

In response, some education organizations are filling in the gaps and providing relief far beyond their usual operations. This week, we are featuring stories from two nonprofit education providers who were serving some of the world’s most vulnerable children before COVID-19 hit and have shifted to providing new kinds of support: the Luminos Fund, where Nikita works as senior director of programs, and The Citizens Foundation, where Wajiha heads the department for volunteers and higher education.

The Citizens Foundation (TCF) is one of the world’s largest networks of independently run schools, operating more than 1,600 primary and secondary schools in urban slums and rural communities in Pakistan. TCF hires only women as teachers and principals, making it the largest private employer of women in Pakistan, and maintains a 1:1 ratio of girl students to boys.

According to the World Food Programme, 83.8 percent of Liberia’s population lives on less than $1.25 a day and a quarter of Liberian families spend over 65 percent of their total expenditures on food. The Luminos Fund began working in Liberia in 2016, at the end of the Ebola outbreak, and many of its classrooms are in the communities where the poorest and hungriest out-of-school children live. A necessary part of the program has been providing midday meals: Luminos provides a parent of a student in the class with ingredients including rice and beans and pays them a monthly stipend to prepare lunch.

On March 16, when Liberia confirmed its first COVID case and closed schools, all Luminos classes were put on hold and Luminos pivoted quickly to providing relief for families. The following week, in addition to distributing learning materials to hundreds of Liberian students, Luminos distributed soap and detergent for students’ families, the first time the organization undertook a mass distribution of this kind. Luminos has received special government permission to distribute these items during the lockdown.

Villagers could not congregate due to physical distancing guidelines, so team members spoke with families individually about their children’s education and to share government health guidance. When distributing supplies in late March, team members wore face masks and surgical gloves, and maintained reasonable distance with others. Taking the time to speak with families and answer their questions allowed the Luminos team to help calm fears within communities.

Abba Karnga, Jr., Luminos program manager in Liberia (who previously directed the Stop the Spread of Ebola Campaign), describes initial challenges with the distribution due to rumors in the villages:

“At first, people ran away from us—adults and children alike—and people were arguing, even though they know us! It was tense. Once we explained why we were there and our purpose, the families were very appreciative. I wasn’t surprised by people’s suspicions. It reminded me of working during Ebola when false rumors were flying that Ebola was a joke or that doctors were giving bad vaccines, and everyone was afraid...During the March distribution, it took us an hour in one community simply to relax everyone enough to then distribute the materials.” 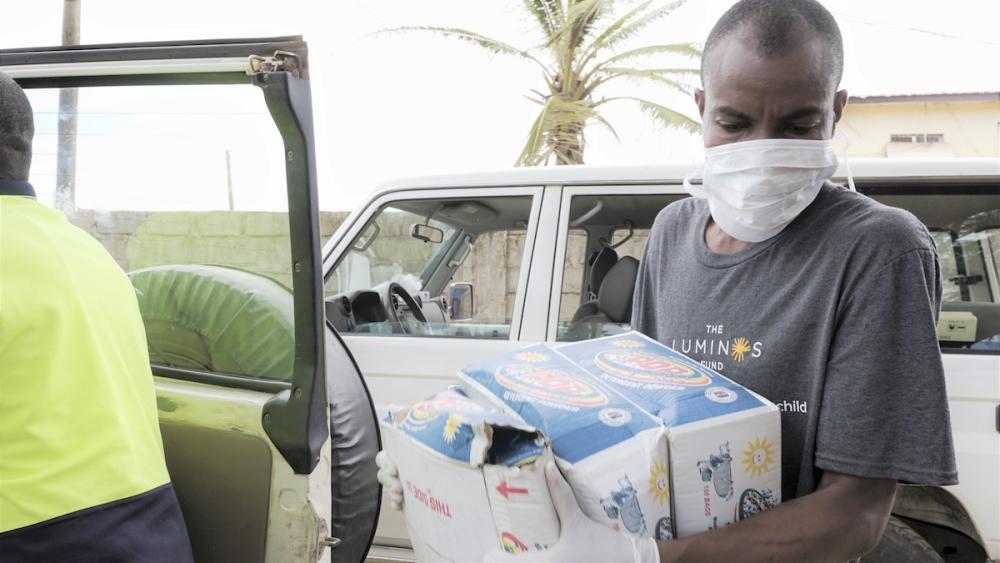 A second emergency distribution in May includes additional learning materials, soap, drums to store water, and a bag of rice for each family. Some Second Chance parents describe much more difficult conditions, with no one in the family able to work, especially since the country entered a strict government-mandated lockdown. One out-of-work father of 11 says, “It has gotten really tough for us. We used to eat rice twice a day, but now we eat cassava in the morning and rice in the evening. My son is trying but he is missing his friends and teachers. Children want to be in school and eating.”

Many staple foods in Liberia are imported, including rice, the population’s core food, so the country is particularly vulnerable to shortages in times of crisis.

“Luminos could not use our regular wholesaler for the rice because the Liberian government had purchased all her stock,” says Nikita Khosla, Luminos senior director of programs. “COVID made it harder for us to source rice, but this is not the first time we’ve run into issues procuring rice and other basic inputs in Liberia.”

Luminos was able to procure the rice and expects that a bag can feed a large family for two to three weeks. Abba says that Luminos’s pivot towards providing the relief that families need has been only natural: “We’re reaching children who never went to school before and getting them to a level where they want to keep going. That’s humanitarian. So, when an emergency arises like COVID-19, it’s important that we step up and revise. Providing relief during COVID isn’t strange. It’s what we have to do.”

Over 25 years, TCF has built a network of schools in 700 locations across Pakistan where children didn’t have access to schools. Based on their financial means, families pay somewhere between six cents and $3.80 a month for a child to attend a TCF school; the $12 cost per child is covered mostly through local and diaspora philanthropy. In previous national emergencies, TCF has mobilized to provide relief goods. To respond to COVID, TCF is prioritizing cash transfers.

As parts of Pakistan started going into lockdown on March 23, TCF alumni and families started contacting TCF for help. TCF quickly established a partnership with JazzCash, the largest telecom in Pakistan, with an aim to deliver cash transfers to 100,000 of the highest-need individuals in the highest-need communities. Reaching those with the most need, especially during a transportation lockdown, was a challenge that required the help of a nationwide network of over 20,000 alumni and 12,500 female faculty who live in affected communities.

TCF used its socioeconomic data on families to identify clusters of need. To identify beneficiaries within communities, TCF gathers information through a short survey administered by volunteer alumni and faculty. “While we were surveying and identifying needy families in a slum in the remote village of Surbander, Gwadar, we came across a woman—a widow whose son had lost his job at the gas station amid the lockdown. She shared that they didn't have anything to cook for dinner and was surprised that we had come so far to this part of the village to help," says Ms. Farida Bibi, principal at a TCF school in Gwadar, Balochistan.

Because of a lack of phones, literacy, or connectivity, surveys often have to be done door-to-door. TCF provides volunteers with safety guidelines and 250 rupees ($1.50) to buy masks, hand sanitizer, soap, and bottled water, which is important for handwashing in many communities that don’t have running water. In communities with positive COVID-19 cases, volunteers are asked to wear an extra layer of clothing, plastic to cover shoes, a head covering, and gloves. 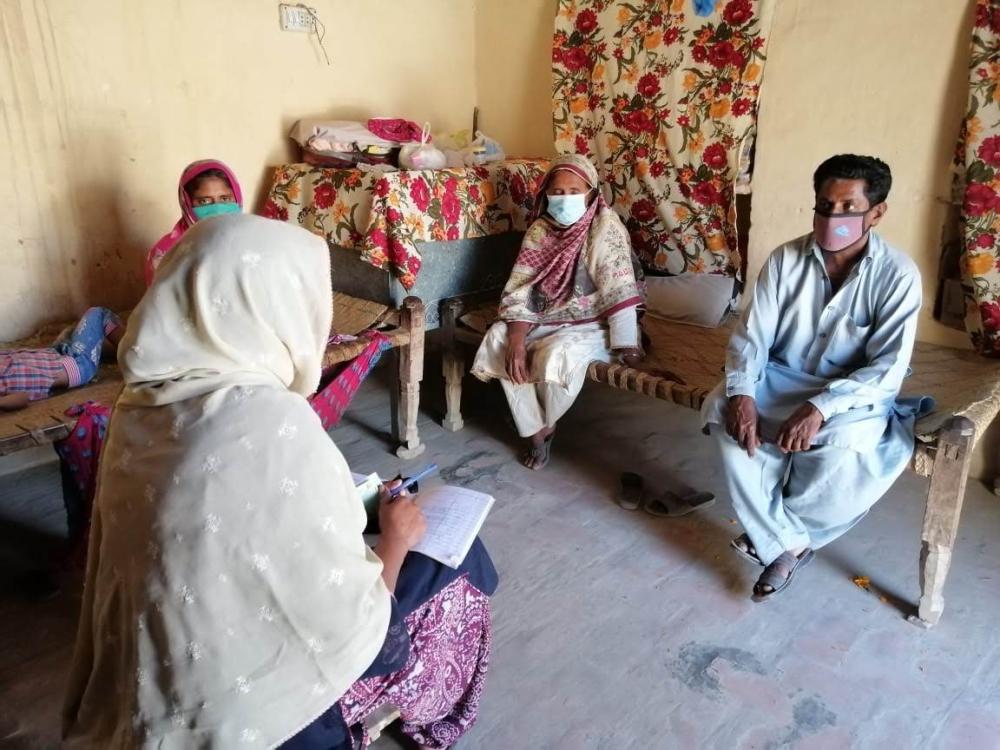 Volunteers identify 200 to 600 households in each community, including by consulting with local organizations and authorities to identify households outside of their networks. The transfer amounts are 2,500 rupees (about $15) on average, the estimated cost for a family of six to buy basic food supplies and soap for two weeks.

"Upon receiving the cash, people purchase groceries from local vendors, which helps in boosting economic activity in the community," says Riaz Kamlani, executive vice president for outcomes at TCF, who is leading TCF's COVID-19 relief efforts. There may only be one shopping area or shop in a community, and, due to social distancing measures in place, TCF has to stagger the pick-ups. Those who have the least food in their pantries (proven via a photo or self-reported) go first. In Gambat, a village in interior Sindh, TCF alumni helped 30 people collect cash transfers one at a time in a day, a total of 300 people over 10 days.

An additional challenge is a lack of mobile phones, since transfers are typically made through phones. In one community surveyed, only 70 out of 1,100 people had mobile phones. TCF convinced JazzCash to share the transaction IDs with on-the-ground volunteers, who then facilitate the collection by matching national ID cards. In one area, due to the lockdown, the JazzCash shop couldn’t officially open so volunteers made makeshift arrangements by turning a garage into a collection shop and processing transactions there instead. A few locals volunteered a tent where beneficiaries waited so that social distancing was maintained throughout the collection process. Since April 1, TCF has helped over 18,000 households in 67 communities; 82 percent of those helped are daily wage workers.

Luminos’s work in Liberia and TCF’s work in Pakistan since the pandemic hit show how education providers are stepping in to provide immediate relief in the communities they serve. Both used their links to communities to mobilize quickly, build trust, and support the hardest to reach. Next week we will look at how they have transitioned to providing distance learning, even in settings with little or no technology. 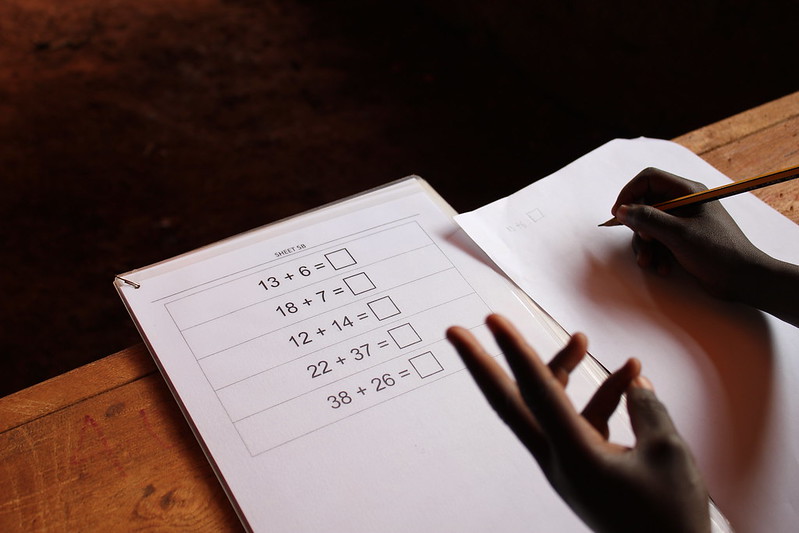