Expanding the Menagerie: Why the FCDO Needs To Be Both Hedgehog and Fox To Reach Its Potential | Center for Global Development | Ideas to Action Skip to main content

Expanding the Menagerie: Why the FCDO Needs To Be Both Hedgehog and Fox To Reach Its Potential

Read the note
by
Stefan Dercon
and
Ranil Dissanayake
August 05, 2020 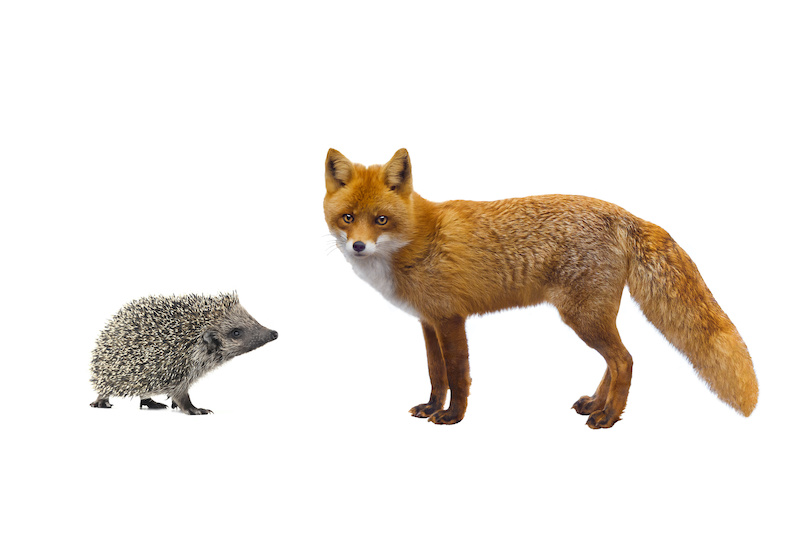 How the FCDO Can Deliver Its Vision for Development
Stefan Dercon
and
Ranil Dissanayake
August 05, 2020

“For there exists a great chasm between those, on one side, who relate everything to a single central vision, one system, less or more coherent or articulate, in terms of which they understand,… and, on the other side, those who pursue many ends, often unrelated and even contradictory, connected, if at all, only in some de facto way.” Isaiah Berlin, (1953) “The Hedgehog and the Fox”

In Isaiah Berlin’s famous essay, he divided the world into hedgehogs, who have a singular vision uniting all action, and foxes, characterized by the breadth of their intellectual curiosity and locus of attention. The UK’s Foreign, Commonwealth and Development Office (FCDO) needs to be both hedgehog and fox to fulfill its promise, being able to relate all of its work to its central vision of being a force for good in the world, while retaining the fox’s ability to work on multiple problems in multiple ways. Doing so is the only way that it will be able to navigate tensions in the mission it has been endowed with as the successor to the Foreign and Commonwealth Office (FCO) and the Department for International Development (DFID), or reach the potential given it by the range of instruments and capabilities it has inherited. In our new note, we detail our suggestions for how the FCDO can act consistently in support of its vision, and what this implies for its organizational structure; how it can use and extend its full set of instruments—from experts and diplomats to the CDC Group (the UK’s development finance institution) to even a new development bank—to maximise its impact; and how it can create a culture of accountability for impact and delivery, in line with the government’s vision for a more innovative and impactful civil service.

The hedgehog: A singular vision for development, and an organizational structure for delivering it

Pursuing development is most effectively done by dropping the quest for silver bullets or isolated quick wins and focusing on complementary actions for higher impact. The current portfolios of FCO and DFID have many inconsistencies. Some are internal inconsistencies, such as the pursuit of short-term development gains without sufficient eye for long-term change, or the transactional pursuit of favours and contracts while claiming to project (but actually undermining) UK values of transparency and openness. Others are inconsistencies across their approaches, where the FCO may take actions that undermine DFID priorities or vice versa. The merger is a direct opportunity to resolve these inconsistencies and exploit the positive potential for complementary action far better, allowing the pooling of resources, expertise, and diplomacy to pursue development objectives more effectively.

This requires an approach to objective setting that reconciles all aspects of FCDO action on development to its overarching vision. What is done in the name of development, anywhere in the world, needs to reflect a clear need, an opportunity to make an impact (working with partners), and be consistent with the UK national interest. The pursuit of the national interest cannot be based on opportunistic short-term indicators like “amount of British jam sold,” but ought to be driven by a clear projection of UK values such as transparency, accountability, and open and equal partnerships—rather than succumbing to the standards other geopolitical players may set. This is enlightened self-interest, and the hedgehog would be proud of it. We argue that:

The fox: Using and developing a broad set of tools to maximise impact

In implementation and action the FCDO cannot be single-minded; instead it requires the flexibility and nimbleness of the fox. We propose therefore a differentiated country-model, reflecting need and development challenges but also the scope for impact through partnerships within the confines of the pursuit of the national interest, based on projecting UK values to reflect what it is to be a force for good. What should follow is not a patchwork of incoherent actions and programmes, but a portfolio across the FCDO and Whitehall, as well as in each country we use development resources, following clear need, opportunity for impact but with clarity of the national interest involved.

As well as differentiated model for country presence, we propose that the FCDO take an active approach to using and developing its many tools beyond grant-based official development assistance (ODA). There are many development challenges for which diplomatic engagement is a more effective tool than money; and many places where grant ODA would be too small to matter, and even patronizing to the recipient to be offered. Developing a lending function would allow positive action in more places, on terms more amenable to the recipient, without greatly compromising the availability of ODA to places which really need it. Beyond this, the FCDO can use its heft in Cabinet to fight for UK policy that better advances the UK’s global objectives, including development. Fighting illicit financial flows in the UK is an obvious example. We further recommend:

The hounds: Accountability and scrutiny to drive a culture of impact and innovation

A robust, high-achieving, and impactful public department needs the impetus to keep improving, and we argue that it should be provided by strong systems of internal and external accountability. Civil service reform is very much in the news these days, but we should not ignore the “boringly transformative” in our pursuit of the excellent. The standard systems of accountability, both for civil servants and for the department as a whole, are powerful tools when correctly deployed.

Weakening accountability structures during a contentious process of institutional and strategic upheaval would be exactly the wrong move. The hounds should be kept at bay by the fox’s ingenuity, but not completely dispensed with. The UK already has an extremely strong structure of accountability, both internally and externally. It should be strengthened. Internally, it can be done by in the spirit of Michael Gove’s Ditchley lecture: driven by the pursuit of value, rather than on endless and ineffective red tape to track only financial inputs. We argue:

The full paper provides a detailed examination of these issues. We both have extensive experience as civil servants. We know as well as any that it is not enough to start with good intentions and some animal metaphors. The details matter. We provide some here.