Fighting Corruption is Dangerous, but Necessary

CGD and Brookings recently co-hosted Former Finance Minister of Nigeria and Distinguished Fellow Ngozi Okonjo-Iweala to discuss her new book, Fighting Corruption is Dangerous: The Story Behind the Headlines. The book is part memoir, part how-to, as she draws on her years of experience as Nigeria’s Finance Minister to describe the dangers of fighting corruption and how best to do it. I drew four main takeaways from our conversation: you cannot fight alone; institutional systems are critical for transparency and accountability; international institutions should step up; and don’t underestimate the personal dimension.

You cannot fight alone; you need to build consensus

In order to effectively fight corruption, you need a coalition of support at all levels of government. From the top, it is important that your country’s leader supports anti-corruption efforts. Okonjo-Iweala emphasizes that the backing of both presidents with whom she worked was important in lending her efforts the necessary legitimacy and support to effectively fight corruption. She also notes that she had a supportive team working with her who had the same values and principles—and therefore worked diligently to implement the policies to prevent corruption.

In addition to needing the support of the leader and your team, government-wide support is necessary in fighting corruption. Strong institutional systems are important for increasing transparency, conducting objective analysis of evidence, setting the rules of the game, and punishing those who break the rules. Some important institutions include: a strong, transparent and non-corruptible judicial system; a technical system to manage money and thwart corruption; and a strong executive office/leader that supports anti-corruption work. As she said in response to a question, “people are people everywhere.” What determines their behavior is the strength of the systems and institutions under which they operate.

How international institutions can help

Okonjo-Iweala is clear that corruption must be fought by those inside the country, but she recognizes that country partners and donor agencies can play an important role. Because of her experience both at the World Bank and in the Nigerian government, Okonjo-Iweala is in the perfect position to offer advice on how international institutions can best support in-country anti-corruption efforts. She advises that international institutions cannot be lazy, they need to spend the time and effort learning about the societies in which they are working to best understand how the systems actually function. Only then will they be prepared to offer effective solutions. Additionally, multilateral institutions such as the World Bank and IMF are primed to help with institution-building but they need to better signal their long-term commitment to fighting corruption. The fight against corruption is a marathon and development partners need to signal that they will be there to support beyond the three-year program or five-year project.

The title of Ngozi’s book is not a marketing gimmick. The most moving part of her session was when she described the ordeal of her mother who had been kidnapped in reaction to Ngozi’s efforts to fight corruption. Alongside, she and many other campaigners against corruption have faced physical threats, mental intimidation, and character assassination—now aided and abetted by fake news and the power of social media. Even when a battle is won, there are long lasting scars on the individual and on their family. And when whistle blowers or anti-corruption officials have to flee for their safety, the international community that was encouraging them to move faster is often the slowest to offer a safe refuge. The most sobering lesson from this book: don’t underestimate the personal dimension of fighting this global scourge. 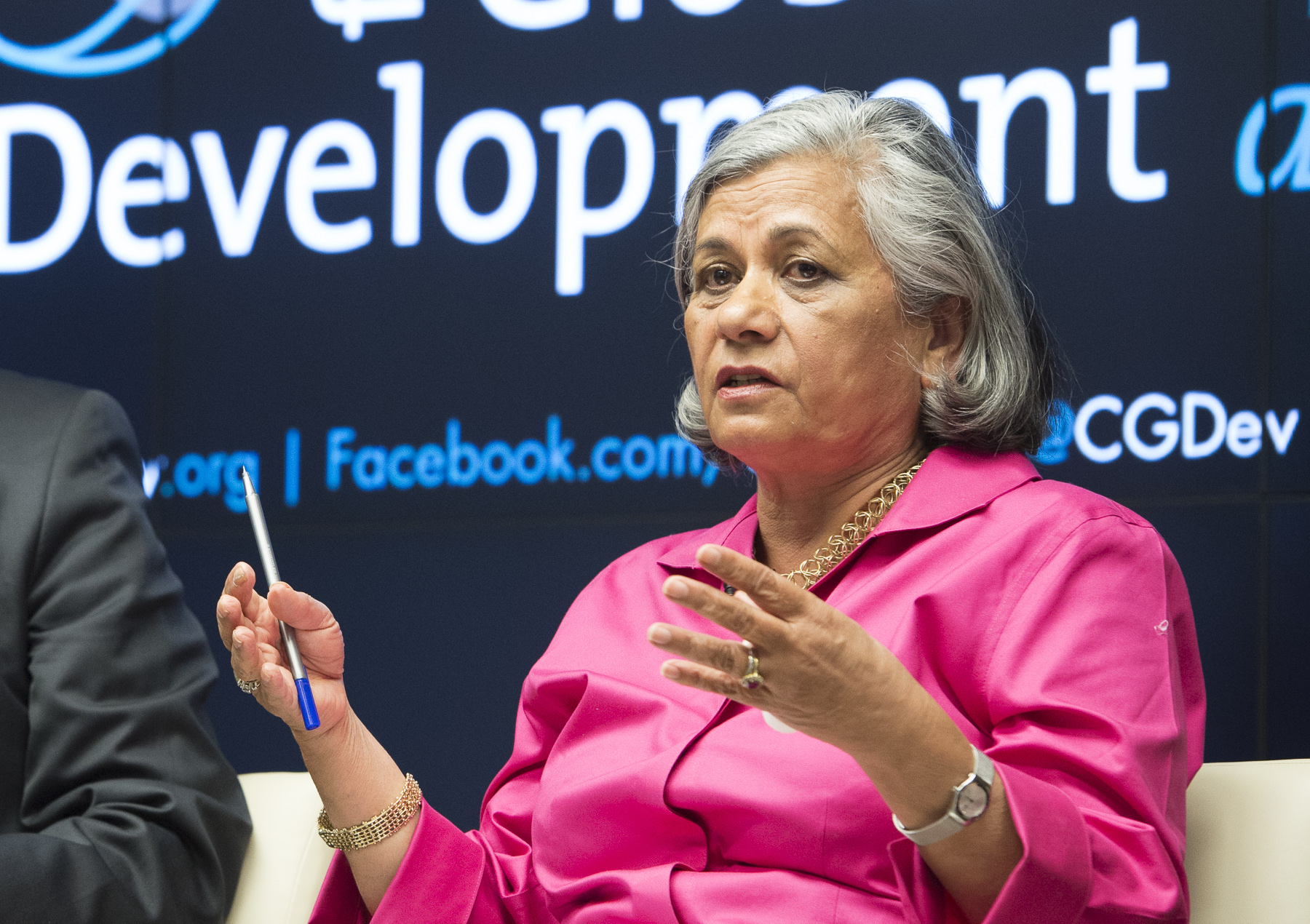 Justice for the Displaced? Ratna Omidvar on the CGD Podcast
Helen Dempster
June 18, 2019

How Illicit Finance Controls Can Make It Harder for Nonprofits to Serve the World’s Neediest —and What to Do about It
Jim Woodsome
and
Michael Pisa
March 05, 2018