Forests in the Paris Agreement — Plus Prizes, Protests, and All-Male Panels | Center for Global Development | Ideas to Action Skip to main content

Forests in the Paris Agreement — Plus Prizes, Protests, and All-Male Panels

The climate agreement reached Saturday in Paris is good news for the climate, for development, and for forests. I explain why below. Keep reading after that for my second postcard from Paris, with further insights and impressions from the second week in Paris (my first postcard is here).

Good for the climate

The agreement reached on Saturday is a triple win. As I described in my podcast on what to expect from Paris, on the table was the question of ambition, i.e., whether the goal would be to limit global warming to 2 degrees Celsius above pre-industrial levels, a more ambitious target, or something more squishy. Most observers in Paris seemed to be pleasantly surprised by the sudden coalescence of support behind the aspiration to keep warming below 1.5 degrees.

Some worried that a focus on a more ambitious long-term goal was a cynical ploy by rich countries to divert attention from more immediate financing needs. To the disappointment of developing countries, the target of at least $100 billion/year articulated by Hillary Clinton at COP15 in Copenhagen in 2009 was relegated to the less binding preamble of the Paris agreement. Let’s hope that emerging science showing what a difference half a degree can make will encourage rich countries to pony up more emission reductions of their own, and more financing for developing countries.

For me, the most significant element of the agreement is the legally binding requirement that each country revise its voluntary pledge to emission reductions every five years, starting in 2020. Most analyses of this and other procedural provisions related to periodic stocktaking of global progress and evaluation of individual country performance have focused on the role of international peer pressure to get countries to ratchet up their pledges. But the real action will be in domestic policy arenas, where the process of revising INDCs (“intended nationally determined contributions”) will empower advocates within countries to hold their governments accountable for ambition and action.

It’s not just in the United States where proponents of a shift to climate-friendly policies face resistance from vested interests in business as usual. At this Paris side event sponsored by MAPS, panelists described the political economy of INDCs in Colombia, Peru, South Africa, Brazil, and India: 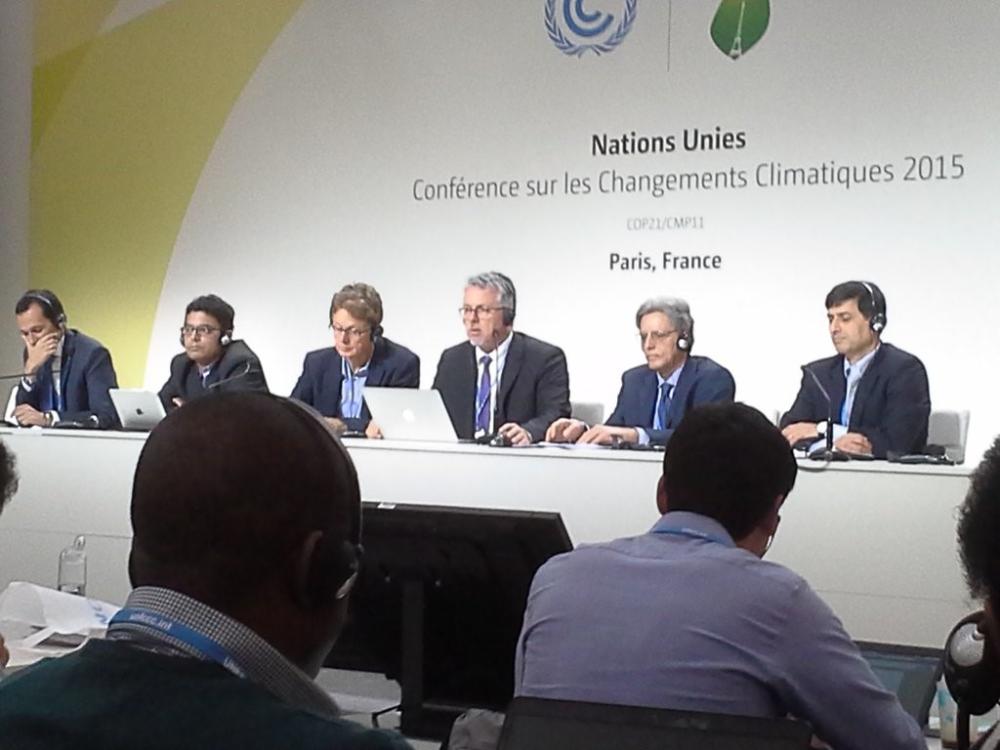 With COP21 coinciding with extreme drought in São Paulo, extreme air pollution in New Delhi and Beijing, and historic forest and peat fires in Indonesia, advocates for low-emissions growth that serves domestic interests in abundant water and clean air will be empowered by the regular INDC pledge and review process to press their governments to do more.

Explicit mention of forests in the agreement was not a sure thing in the run-up to the Paris talks, so it was a great relief that REDD+ got a shout-out in the agreement, along with specific reference to results-based payments. As detailed in a CGD Working Paper, this caps a decade of negotiations to elaborate a framework for mobilizing forests as a solution to climate change.

But it’s possible that forests will benefit even more from the increased ambition embodied in the aspiration to limit warming to 1.5 degrees. The goal automatically focusses attention on technologies for negative emissions that will be essential to achieve such a goal. As the world’s only safe and natural carbon capture and storage technology — and one that’s on the shelf right now — surely forest protection as a climate change mitigation strategy will begin getting the attention it deserves.

As I described last week, HRH the Prince of Wales ensured press attention to forests as a solution to climate change through his compelling remarks at the official “Focus on Forests” event on December 1. More celebrity stardust was sprinkled on forests December 7 when Alec Baldwin served as Master of Ceremonies for UNDP’s 2015 Equator Prize honors. The glamour-filled Academy Awards–style evening was somewhat incongruous with the decidedly non-glamourous forest protection efforts of the indigenous and local communities that are recognized by the prize. For example, this year’s winners include a Dayak community in Kalimantan, Indonesia, that is peacefully resisting takeover of their remaining customary lands by commercial logging, mining, and palm oil interests.

Due to the last-minute cancellation of a more worthy presenter, I was called in to introduce the first category of winners (video available here, starting at about minute 17). I’m still swooning from the opportunity for a brief chat with Mr. Baldwin backstage.

While the REDD+ constituency continues to broaden, a small cadre of vocal opponents persists

There is a broad and deep consensus that results-based payments should be used to reward developing countries for decreasing emissions from deforestation and forest degradation. As noted in the blog by my colleague Jonah Busch, REDD+ is now enshrined in the Paris agreement as a core instrument for meeting global climate goals.

But on December 8, participants in an event sponsored by the Governor’s Climate and Forest Task Force (GCF) in Paris were rudely reminded that a small but vocal minority of opponents to REDD+ persists. The event was headlined by Jerry Brown, Governor of California, a state that is working toward including international forest offsets in its state-level cap-and-trade system for reducing emissions. As the governor finished his speech, a few dozen protestors sprinkled in the audience stood up, shouting “No REDD” (video available here), and repeatedly disrupted subsequent speakers.

As described in this 2014 CGD Working Paper, offsets have been opposed by the California environmental justice community, who don’t want the state’s polluters to be able to buy their way out of reducing emissions. But the protestors in Paris loudly voiced their concerns about the impacts of REDD+ on indigenous peoples in developing countries, including claims that REDD+ will alienate them from their traditional lands and turn them into low-wage workers. While the risk of harm to local communities from forest-related interventions is real, the evidence that harm has actually occurred as a result of REDD+ is thin, and much effort has gone into developing safeguards to prevent such harm.

I was not the only one to take note of the decidedly male character of the COP21 events in Paris. Mary Robinson, UN Special Envoy for Climate Change, complained to the Guardian about male domination of the conference. All-male panels were common, suggesting that more work is needed to popularize the Owen Barder Pledge (which states that “At a public conference I won’t serve on a panel of two people or more unless there is at least one woman on the panel, not including the Chair”). At the Focus on Forests event that I described in my last postcard, panels from African and Latin America were each composed of seven males. The panel of governors following Governor Brown’s remarks at the GCF event described above was a similar all-male line-up.

In some cases, such as the excellent event on INDCs pictured above, organizers apologized that last-minute substitutions led to gender imbalance. In others, such as the panel of governors from Brazil, Peru, and Mexico featured at the GCF event, were an artifact of the continuing male dominance of such elected positions in most countries. We need more ambition on this front as well.

Kudos to the French

Finally, a word of thanks and congratulations to the government of France, which delivered a pleasant experience for participants in addition to a global climate agreement. Logistics for COP21 were well organized and efficient, with armies of attractive young people serving as ambassadors from Metro stations to coat check counters. Light shows were projected at the Eiffel Tower and art installations were on view around the city. Champagne was on offer for free at the French Pavilion, while freshly baked bread and steaming cups of vin chaud were among the temptations for sale at the conference venue. Security was visible, but not overbearing.