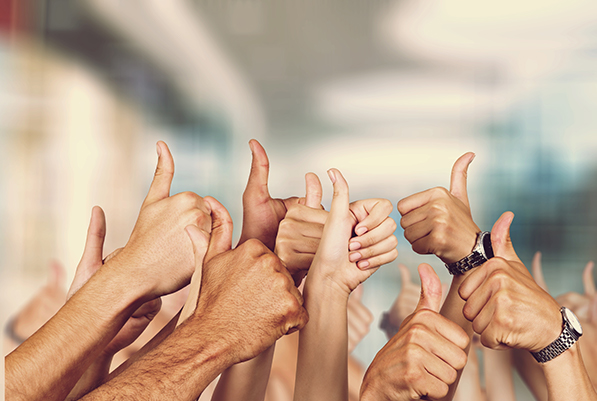 This has been cross posted from the International Budget Partnership.

The importance of answering “Why?”

Why? Why? Why? It is the question small children use to confound us: a cascade of one-word body blows that leads us into infinite regress. But it is also the question we adults ask to form judgements of our friends and neighbors–and of our governments’ policies, too. Why did they do that? Is that a good reason?

Government decisions affect people’s lives and should be reasonable, not arbitrary. This core liberal principle applies to all major policy decisions, including budget choices. Modern conceptions of democracy, and democratic accountability, also require that government decisions be justified in terms that people can understand and accept. Taken together, liberal and democratic principles require governments to respect their citizens by providing public explanations for their actions that are demonstrably reasonable. In short, governments must answer the “why” question.

So far so good, but what constitutes a sound public reason? Philosophers in the Rawlsian tradition tend to argue that public reasons are those that would be accepted (or not rejected) by others. This is a good starting point but is too abstract for policymaking. Can any more be said about what makes for adequate public reasoning?

Grounding standards of reasonableness in the law

Last year, the International Budget Partnership (IBP) published a paper that tried to set some standards for assessing reasons for budget choices and decisions. This analysis was inductive, based on the needs of citizens and budget analysts. We also tried to apply these standards in a multi-country assessment of budget credibility carried out with civil society partners around the globe.

A nagging question from this work was whether there were not existing standards in other fields that might provide a foundation for the inductions and intuitions that had informed our initial criteria. As it turns out, since at least the middle of the last century, there has been considerable thinking about government “reasonableness” in the field of administrative law (or what is known simply as judicial review in some countries).

Administrative law is concerned with the use of power by government agencies and the conditions under which agency action can be considered reasonable, rather than arbitrary. This area of the law grew in importance in the 20th century with the expansion of the state and the perceived need for some sort of independent review of bureaucratic action.

The nature of administrative law and standards of reasonableness vary from country to country. Nevertheless, an assessment of reasonableness review practices in the United States, the United Kingdom, Hong Kong, Kenya, Germany and South Africa (with support from DLA Piper and partner firms around the world) finds a degree of convergence as well. That is, what is considered reasonable (or more often, unreasonable) in one jurisdiction resembles what one finds in others, in spite of important differences.

Some examples of emerging standards applied to budget decisions

In addition, there is some evidence of the application of these standards to budget decisions, specifically. I described recent applications to U.S. tax matters in a recent blog. More broadly, a 2013 Hong Kong case scrutinized the government’s claim that it was denying certain welfare benefits for budget reasons, using the legal principle of proportionality. Proportionality requires a balancing of interests such that if a policy will undermine the rights or interest of one party, it should do so only as far as necessary, and must generate a proportionate social gain. In the Hong Kong case, the court noted that saving money does not on its own constitute a legitimate societal aim. The purpose and the impact of the spending cut would have to be considered to determine whether cutting spending furthers a legitimate social aim or not.

The government argued that it was saving money in order to ensure the financial sustainability of the overall system. The court found that a proposed residency requirement to access social welfare was not rational, as it undercut other government policies designed to ensure financial sustainability, such as encouraging the in-migration of young people. The court also rejected the argument that the policy was necessary to reduce the fiscal deficit, reasoning that current deficits were not a permanent, structural feature of the Hong Kong economy and could not therefore justify such a change in policy (drawing on the principle that governments need to specifically justify changes in practice, also an area of emerging consensus in administrative law).

A 2018 case in the United States involving the government health program, Medicaid, in the state of Kentucky also touched on budget issues. In this case, the court applied the legal conception that policies must show fidelity to legislative means and ends in determining that the government ignored the U.S. Congress’s desired approach to achieving health care goals. In addition, the court employed concepts similar to those used in proportionality review. The court considered, but discarded, the idea that a policy might have been justified on the grounds of cost savings necessary to preserve the financial sustainability of the program. But it made clear that such an argument would be subject to considerable scrutiny.

First, the court argued, for such a defense to be rational, “basic questions remain to assess whether the state's Medicaid program is actually at risk: What are Kentucky's current state revenues? What is its budget generally? Is the state running a deficit?” Without answers to such questions, the justification would not pass muster. Further, the court made clear that it would interrogate the proposed cost savings against alternative measures (a key tenet of proportionality) and would ask the agency to defend a claim that this was “the best remedy for any budget woes.”

Toward shared practical reasoning about budgets

Global administrative review standards suggest that a partially convergent set of standards can be used to judge the adequacy of government reasons. When governments fail to justify budget decisions in line with these standards, we have a right to ask: why?

There is already widespread agreement that governments must explain their budget-related actions and this is captured in international assessments like the Public Expenditure and Financial Accountability (PEFA) framework hosted by the World Bank, as well as in a number of country budget documents. What has been missing is a way of assessing whether the reasons government provide are really adequate, or “reasonable.” I have argued that administrative law can help ground such an assessment.

Of course, the law can only take us so far; setting standards is ultimately practical joint work involving governments and citizens coming to share expectations and common forms of reasoning over time. The vitally important decisions that governments must take around taxes, spending and debt are a fantastic arena for pushing this broader agenda forward.