This is a joint post with Bernadette O’Hare (St Andrews University) and Innocent Makuta (University of Malawi).

As new research reveals the stark scale of unnecessary child mortality in sub-Saharan Africa linked to illicit financial flows, the OECD has today launched a damning report on the financial secrecy and related failings of its own member states. Global policy commitments are required to turn the rhetoric against illicit financial flows and tax abuse into reality.

A tumultuous year for tax is coming to a close – a year that has seen high-level political confirmation, at the G20 and G8 summits and from UNECA’s High Level Panel on illicit flows out of Africa, of the importance of greater financial transparency in rich countries to curtail tax abuse and corruption that predominantly affect poorer ones. The OECD report, ‘Measuring OECD Responses to Illicit Financial Flows from Developing Countries’, paints a picture of a membership that lags far behind this international consensus.

The report assesses performance of member states across a range of specific areas, examining the extent to which they facilitate or curtail tax evasion, bribery, laundering of the proceeds of crime, and the recovery of stolen assets. Among the findings are that on a scale from 0 (absolutely non-compliant) to 3 (fully compliant), the OECD member average is below 1.3 in four major areas of money-laundering response: customer due diligence and record-keeping; measures taken towards high-risk jurisdictions; regulation and supervision; and, scoring lowest of all, the transparency of legal persons and arrangements. The latter, in respect of companies if not trusts and foundations, is where David Cameron focused the G8 summit earlier this year – to attack the anonymous shell companies and other structures that facilitate many forms of corruption. Progress remains lacking, despite the UK’s welcome leadership.

Why does this matter? The report highlights the damage of illicit financial flows through lower investment; fewer jobs; a weaker financial sector; and above all, perhaps, the ‘corrosive’ development effects of corruption and tax evasion. But the human costs may be more striking.

Our research, newly published in the Journal of the Royal Society of Medicine assesses the likely impact of illicit flows on child mortality across sub-Saharan Africa. We take leading estimates of illicit flows, and consider the mortality implications if the lost capital were instead retained within official GDP, using previous studies that establish the relationship between GDP and mortality.

The figure shows how much quicker countries would achieve the child mortality reduction target from the Millennium Development Goals, were illicit flows to be curtailed. For sub-Saharan Africa as a whole, the target could be reached by 2016 – rather than 2029 on current trends. Stand-out examples include the Central African Republic (total time reduced to 45 years from a current estimate of 218); DR Congo (from 144 years to 54); Mauritania (from 198 years to 19); and Swaziland (from 155 years to 27). The continent’s major economies tend to see smaller, but in human terms still powerful, reductions: e.g. Nigeria (from 23 years to 10), and South Africa (from 33 to 24).

Given that illicit flows damage governance as well as stripping resources, it is reasonable to expect curtailed losses to be better spent than the current average – but our analysis assumes no improvement, so if anything the estimated mortality impacts could be higher. The point, in any case, is not that these estimates are precise: it is that they illustrate the scale of human impact of a global commitment to match policy reality in 2014 to the rhetoric of 2013’s new consensus on tax transparency.

The governments of OECD member states cannot ignore their responsibilities. For global policymakers, an appropriate target for illicit flow reduction must be set as part of the post-2015 successor to the Millennium Development Goals. The UN Secretary-General’s high level panel on post-2015 has proposed such a target; the next step is to take the consensus on policy measures around transparency and cooperation, and make governments accountable for delivering these in the new framework. 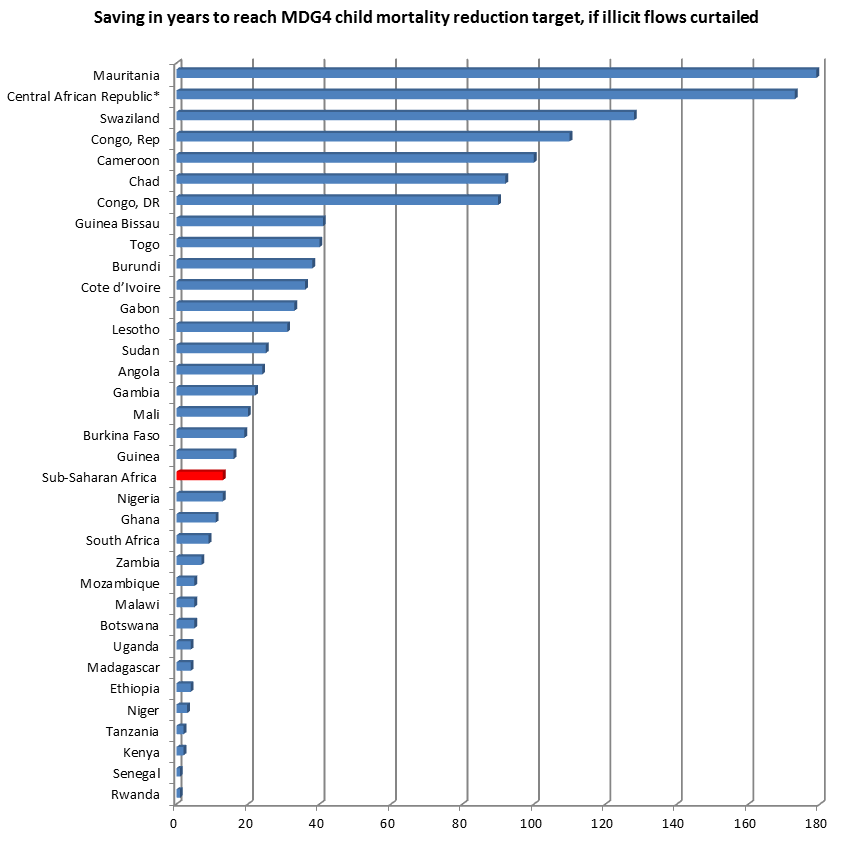 Should patients be paid to seek lifesaving services? Should patients receive lifesaving service free of charge? While these two questions have typically been studied separately, we decided to take a look at them together. In our new study, published in Health Services Research, we find that not charging pregnant women for health services mattered less than paying them.

The recent SDG summit and the UN General Assembly celebrated the global halving of childhood deaths from over 12 million in 1990 to around 6 million per year in 2015, a major accomplishment. However, much work remains. The proportion of mothers who don’t survive childbirth is 14 times higher in developing regions than in developed ones.