Read the paper
by
Sanjeev Gupta
and
Lucas Sala
June 06, 2022

The COVID-19 pandemic has had a severe impact on public spending in low- and lower-middle-income countries (LLMICs) both directly and indirectly. The direct impact was felt through higher government outlays on health and social protection measures implemented to mitigate the pandemic’s impact and provide income support to the vulnerable. The indirect impact was due to falling government revenues, which constrained governments’ ability to spend.

Overall spending in LLMICs countries rose steadily in the pre-pandemic period, supported by rising revenues. Unfortunately, this did not hold for outlays on health, which maintained their share of total output during the 2000-2018 period. But during 2020, the first year of the pandemic, health spending increased in relation to GDP in virtually in all LLMICs, though not by as much as in advanced economies. The increases were larger in lower-income countries, reflecting their lower spending prior to the pandemic. As a group, LLMICs witnessed a real increase in health spending.

This is where the good news ends. This blog post argues that higher health spending is unlikely to be sustained because of the pandemic’s adverse impact on revenues, other spending pressures, and the resulting deteriorating fiscal position of LLMICs. This suggests that countries will need to undertake policy actions to create additional fiscal space going forward to maintain higher health and other social sector spending.

Education and health spending in low- and lower-middle-income countries 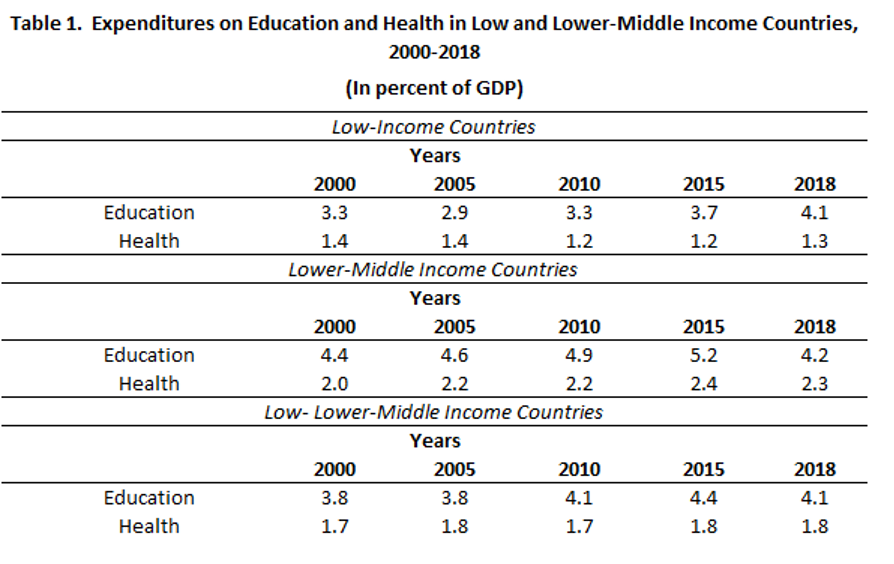 Some inference on how health spending responded to the pandemic in 2020 can be gauged from the recently released preliminary data for 14 countries that are members of the Organisation for Economic Co-operation and Development (OECD) and three LLMICs as well as the survey carried out by the IMF.

A more comprehensive data set is available for 68 LLMICs, based on a survey conducted by the IMF on countries’ responses to the pandemic in 2020/21. The IMF survey separated additional health outlays from those provided for other programs, such as cash transfers, equity injections, loans, asset purchases, and debt assumption by the government.

Only eight LICs (out of a sample of 28) increased health spending as a share of GDP by more than that on other programs, while the remaining twenty countries allocated more on providing support to the economy (Figure 2). The median increase on health allocations for the entire LIC sample was 0.75 percent of GDP. The response of LMICs was somewhat different (Figure 3). Almost all LMICs allocated more resources for supporting the economy. Their median increase in health allocations of 0.42 was lower than that found in LICs. Notwithstanding larger increases in allocations for supporting the economy in LMICs, the median increase in real health spending is quite significant—exceeding 16 percent. The real increase in LICs was even higher at around 55 percent given their low starting base. 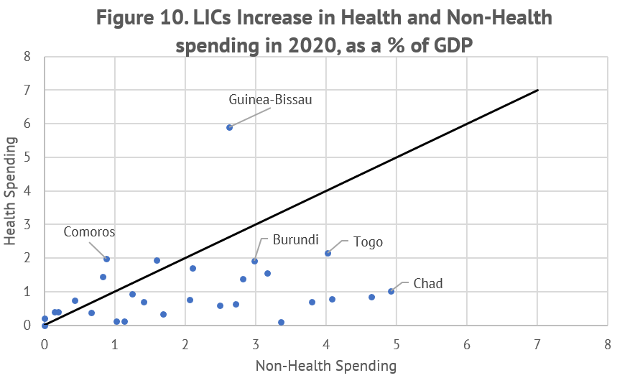 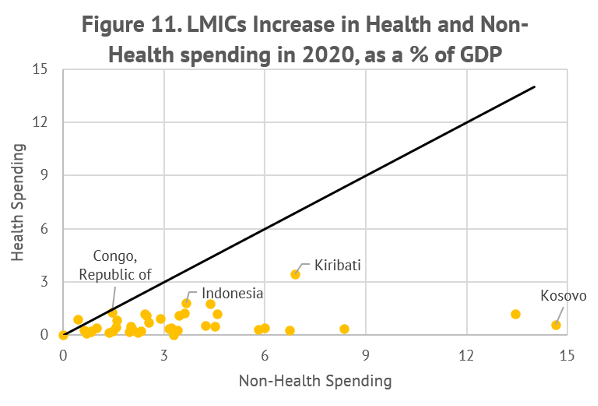 While the preliminary data reveals that LICs and LMICs boosted their health spending in 2020, extra funds may not have reached the intended recipients in all countries. A study carried out by the International Budget Partnership shows that 29 governments supplied little information on how additional spending (including on health) in response to COVID was put to use, and 22 gave no information at all. There was a lack of openness in procurement procedures and an insufficient number of timely audits, making the assessment of the quality of additional health expenditures difficult. Countries that proclaimed health emergencies circumvented the legislative procedure to expedite the process. These findings from the International Budget Partnership are consistent with those of the Public Expenditure and Financial Accountability (PEFA) assessments carried out between 2005 and 2009 in sub-Saharan Africa.

Policy actions will need to be taken by LLMICs to create additional fiscal space to be able to sustain spending on health and other productive areas. There is potential to raise more revenues from domestic sources by implementing politically difficult policy measures. Tax efforts could be boosted by 3-4 percentage points of GDP over time. Health spending could also be made more efficient; it seems probably that a portion of the additional health spending in 2020 in some countries was questionable. The scope for enhancing the efficiency of public spending holds for all key programs in LLMICs, where resource savings through efficiency improvements can be as much as 3 percent of GDP.

To make the prospect of raising additional revenue even more difficult, COVID has critically scarred future productivity. The war in Ukraine has added to pressures by causing prices of fuel and food items to rise, which will lower both growth and revenues at least until the war ends. Before the pandemic, the prospect of achieving the Sustainable Development Goals by 2030 was already doubtful, in part because of the slow pace in generating additional revenues from domestic sources. As the financing needs have increased, the Goals are likely to be delayed beyond 2030, unless additional financing sources, including from domestic sources, can be found. 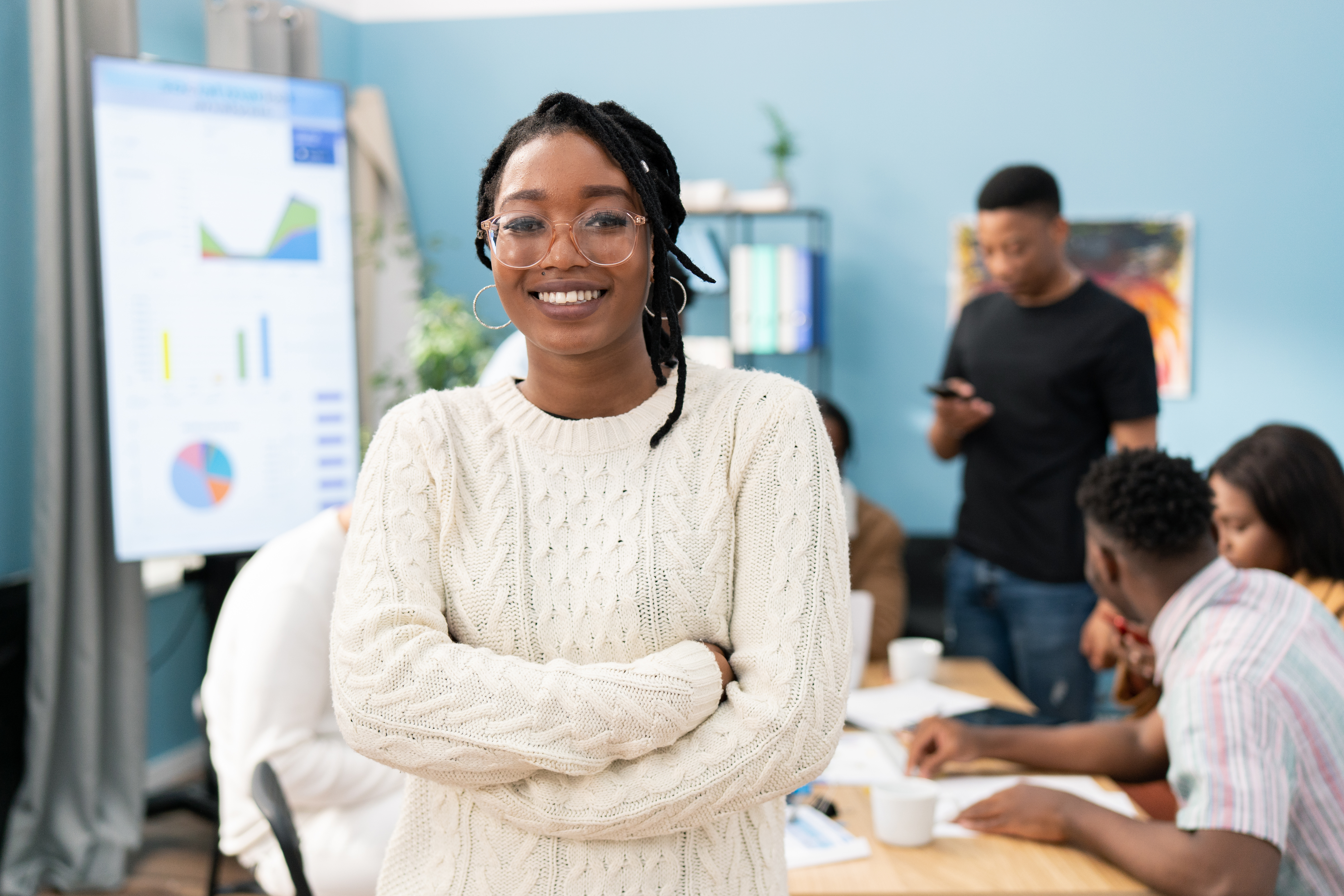