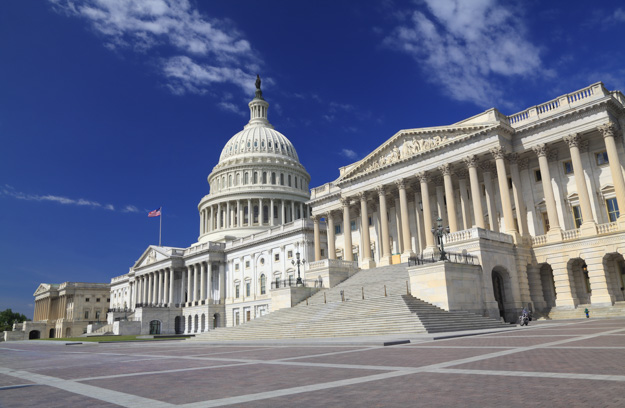 President Trump’s FY2020 budget request landed with a thud on Capitol Hill Monday. Once again, the administration is proposing deep cuts to the international affairs budget and, once again, members of Congress on both sides of the aisle have pledged to reject the proposed reductions in US development and diplomacy spending.

Still, with a ballooning deficit and the absence of a budget cap deal, Capitol Hill could be facing a particularly bruising appropriations battle this year.

Where foreign aid is concerned, here are a few areas we’ll be watching: (Note that the charts in this blog post are interactive, click the legend to view the separate components.)

For the third time, the Trump administration proposed merging a number of bilateral economic assistance accounts: the Economic Support Fund, USAID’s Development Assistance, the Democracy Fund, and Assistance for Europe, Eurasia, and Central Asia. Appropriators have twice rejected the merger—and the third time seems unlikely to be the charm for this plan given its pairing with the type of steep cuts ($2.4 billion or more than 31 percent) that have proven unpopular in past years.

Secretary Pompeo’s preface to the State and Foreign Operations Congressional Budget Justification references a “great-power competition” with China, which may help explain why the proposed allocation to the East Asia and the Pacific region of the combined account is more than double what was included in the FY19 budget request. In contrast, assistance under this heading to Africa would be cut by 9 percent, despite the administration’s Prosper Africa agenda, which is also aimed at presenting an alternative to China’s large investments on the continent.

Under the request, $100 million from the merged funds would be allocated to Ivanka Trump’s recently launched Women’s Global Development and Prosperity Initiative. Women’s economic empowerment is a critical development issue—and the good news is we have a growing body of evidence on what interventions do the most to empower women economically. The administration’s initiative has a number of ambitious goals and enjoys serious political capital. Further, its incentive fund could provide an opening to pilot programs that pay for outcomes. Even so, the total proposed gender spending under the account is only $14 million higher than last year’s request, so it’s worth asking: what existing gender programming is expected to lose out?

In its budget request, the administration also proposes merging humanitarian funding streams and re-aligning interagency roles. This is a first, and comes in response to a government-wide reform and reorganization plan issued last year that called for optimizing US humanitarian response.

Late last year, my colleague Jeremy Konyndyk published a paper arguing in favor of the increased flexibility that would come with consolidating US humanitarian budgets into single humanitarian account. The current system, which involves funds siloed by program and population type (International Disaster Assistance, Migration and Refugee Assistance, and Food for Peace/P.L. 480 Title II), makes truly integrated, needs-driven programming across different populations and sectors prohibitively difficult. Still, Jeremy cautioned strongly against full consolidation of humanitarian assistance functions into USAID—noting the importance of retaining an empowered humanitarian voice within the State Department as well as the Department’s critical role in addressing the root causes of crises through diplomatic means. Additionally, under the administration’s request, the US Refugee Admissions Program would continue to receive support from a dramatically scaled back Migration and Refugee Assistance account—in effect stripping State’s Bureau of Population, Refugees, and Migration of nearly all of its resources and considerable leverage.

What’s more, the administration’s request seeks to cut overall humanitarian assistance by a third—making it likely that any reforms will be met with a hefty dose of skepticism.

Watch this space for a proposal from Jeremy highlighting additional incremental steps toward making US humanitarian response more efficient and effective, while holding our partners accountable.

My colleague Scott Morris has pointed to the lack of ambition on the part of the current administration when it comes to US engagement in multilateral institutions. With the notable exception of its decision to support the World Bank’s recent general capital increase, the Trump administration has voiced broad desire for reform while curbing international commitments.

Last year, for the first time, the United States declined to pledge funds to the International Fund for Agriculture Development (IFAD). Congress pushed back, appropriating $30 million for a contribution to IFAD in defiance of the administration’s zero pledge. An unprecedented number of multilateral institutions and funds are gearing up for replenishments over the next two years. Representatives of these funds might be wise to consider more direct outreach to Capitol Hill then they have in the past.

Yet again, the administration is seeking deep cuts to US global health programs. Given the strong bipartisan support in Congress for these programs, it’s unlikely these reductions will be realized.

My colleagues Sarah Rose and Janeen Madan Keller will be delving into the PEPFAR allocations by country in an upcoming blog post, breaking down the latest funding trends—and how they stack up against PEPFAR’s 2017 Strategy for Accelerating HIV/AIDS Epidemic Control.

If you’re looking for a bright spot, the administration did include $90 million for the next phase of the Global Health Security Agenda, a multilateral effort launched in 2014 to strengthen counties’ capacity to prevent, detect, and respond to infectious disease.

And Stay Tuned For More