At this time of the year, sparkling trees and decorated lawns have taken over. A 2008 study from the US Energy Department’s Energy Information Administration (EIA) found that decorative seasonal lights accounted for 6.6 billion kilowatt hours of electricity consumption every year in the United States. That’s just 0.2% of the country’s total electricity usage, but it could run 14 million refrigerators. It’s also more than the national electricity consumption of many developing countries, such as El Salvador, Ethiopia, Tanzania, Nepal, or Cambodia. 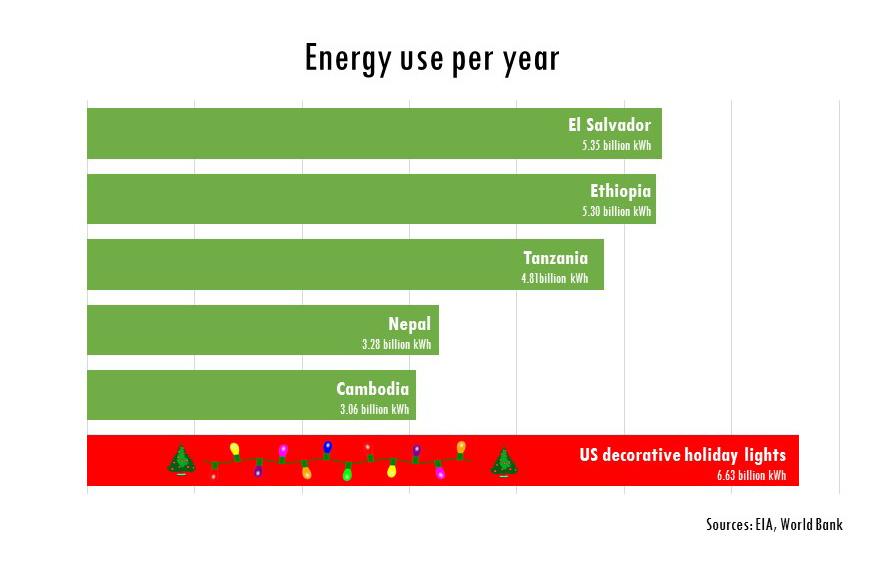 Lights at home are probably the most visible use of electricity. For American households, lighting alone accounts for 14% of total residential electricity consumption. Yet electricity powers so much more than lights and the majority of electricity is used, often invisibly, outside of the home. But how much more?

Put another way, 70% of electricity is used outside homes in the industrial and commercial sectors. That may partly explain why governments aim beyond residential systems when they commit to develop their energy sectors. Political leaders want to build modern energy systems to power a competitive economy, create jobs, and generate wealth. That’s also why solar lamps and off-grid residential systems are useful for some purposes, but will only be one component of any national energy strategy. 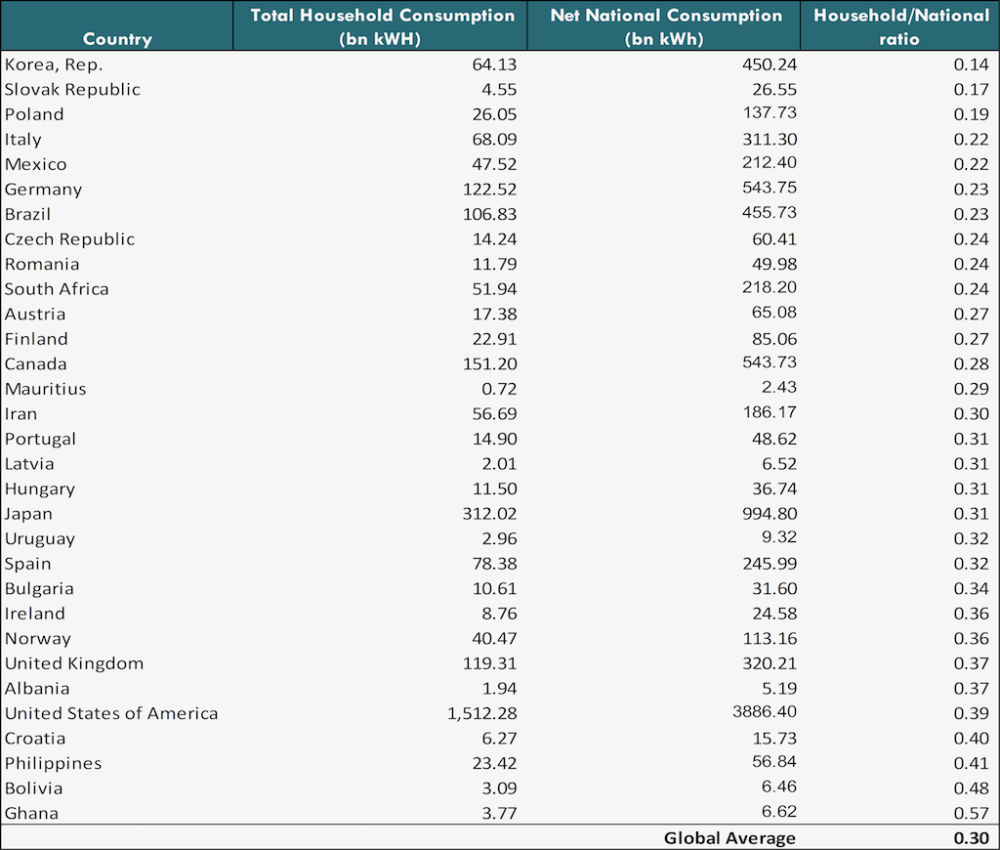