Yes, There Is Such a Thing as a Global Citizen. There Are Lots of Them. 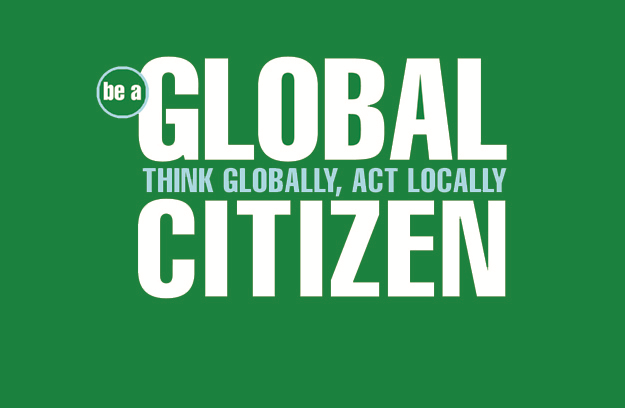 I am annoyed by an op-ed in last weekend’s Washington Post entitled “There’s No Such Thing as a Global Citizen”. In it, Jakub Grygiel, who (ironically) teaches at the School of Advanced International Studies, misreads reality and the ongoing change in political culture in the United States. (Another irony: His essay was published on the very weekend when global citizens around the world were honoring the memory of Nelson Mandela as a global, not just national hero.)

Why am I annoyed? First, the data make clear that huge numbers of people do identify as global citizens. That identification does not counter but strengthens their identity as the citizen of a country. In the last wave of the World Value Surveys (2005-07), almost three out of ten respondents “strongly agreed” when asked ““Do you see yourself as a world citizen?”

Citizens of the United States are particularly likely to identify as “supranational” as well as “national.” That’s a natural reaction to the reality of a global economy and an Internet-based global system—a world in which what China does about burning coal and Europe does about its economic woes matters for the quality of life and the creation of jobs in the United States—and in which many Americans recognize the often unintended consequences (consider the global financial crisis) of mistakes at home on lives abroad. Around the world, it’s the young and better-educated who are systematically more likely to identify as global citizens.

Second, contrary to Grygiel’s argument, global citizens are naturally and legitimately concerned with policies of their own countries. A new generation of global citizens in the US is sensibly focused on pushing to get the US house in order, for the sake of better lives at home and abroad. Whether it’s migration, trade, climate, technology or farm policy, what’s good policy for Americans is also likely to mean a more secure and just system for people elsewhere .

This is obvious in the case of the US reducing its own greenhouse gas pollution, reforming its own immigration system and supporting public funding of the basic science here that has led to health, medical, agricultural and communications technologies that have transformed lives everywhere. It’s also true in the more contentious areas of trade and finance. The global trade agreement last week that will reduce the transactions costs of clearing customs is win-win; it will benefit consumers and workers in all countries. It helps the US by helping others. In contrast, the US farm bill currently stalled in the Congress would be bad news all around: unfair to US taxpayers, costly for US consumers, worsening poverty at home and punishing low-income sugar and cotton growers in the Caribbean and west Africa. Most policies that work for ordinary people at home work for ordinary people everywhere.

Finally, contrary to what Grygiel argues, globally minded citizens are not ideologues of vaguely populist, post-colonial grievances. They are the realists, about a global market system in which even the powerful US cannot insulate itself from the downside of globalization. Examples abound: tax havens, rising resistance to antibiotics, drug trafficking and cyber warfare. Even on military and diplomatic issues the United States can no longer control its own fate alone, if it ever could. We are all in an interconnected world, dependent on each other. Lots of people understand this. It’s puzzling that Professor Grygiel does not.