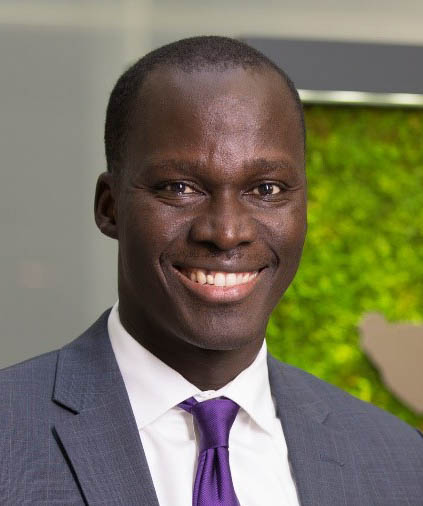 Daouda Sembene is a Distinguished Non-Resident Fellow at the Center for Global Development. He was previously a senior economic advisor to the President of Senegal. Daouda was also an Executive Director of the International Monetary Fund where he represented 23 African countries on the Executive Board. During his IMF board tenure, he chaired the statutory Board Committee that is tasked with strengthening collaboration at the board level between the IMF and other international institutions, notably the World Bank Group, the United Nations, and WTO.

Prior to serving as Executive Director of the IMF, Daouda spent most of his professional career in that institution, assuming various positions at the Research Department, the Independent Evaluation Office, and the executive board. He also served as senior advisor to the Minister of Economy, Finance, and Planning in Senegal. In that capacity, he was appointed as IMF and World Bank Alternate Governor for Senegal. He also served briefly as Head of the Financial Sector and Competitiveness General Directorate in the same ministry. He participated in the Expert Group Meetings of the 72nd Session of the United Nations General Assembly in New York.

Daouda began his career at the World Bank in Washington as part of a team of lecturers in macroeconomic management.

He is the founding CEO of a non-profit organization based in Senegal that aims to promote digital and social inclusion in local communities (www.sunubibliotech.org). He serves as a member of the Project Steering Committee of the Financial Sector Development Programme in the West Africa Economic Monetary Union (FSD WAEMU).

Daouda holds a PhD in development economics from American University in Washington. He has authored, and contributed to several publications, including a book on macroeconomic policy in fragile countries published by Oxford University Press.

What role does Africa have in a global economy?
October 18 2022
What the strong dollar means for Americans
July 20 2022
Counterpunch: Congressional Hearing Highlights Need for IMF Policy Change to Support an Equitable Global Recovery
March 1 2022
More work