Do Unto Others: Why Today's Debt Crisis Requires a Different Kind of Thinking | Center for Global Development | Ideas to Action Skip to main content

Do Unto Others: Why Today's Debt Crisis Requires a Different Kind of Thinking 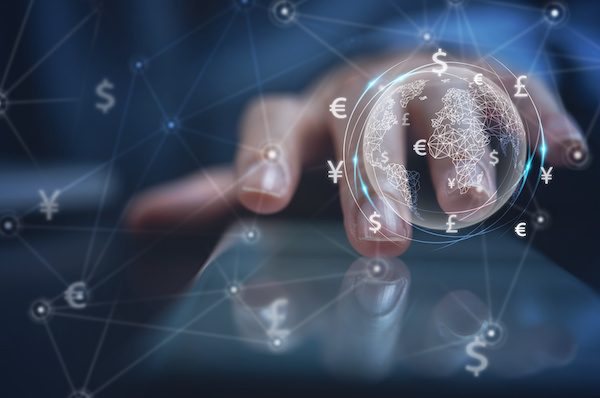 One in five people on the planet live in countries at risk of debt distress. Yet the leaders and institutions that understand the challenge and could address it are instead virtue signaling and pointing the finger at others who share responsibly for a solution. We need a different approach—one that offers vulnerable countries the same luxuries afforded to rich countries.

In the wake of the 2008 Global Financial Crisis, Queen Elizabeth II visited the London School of Economics. She asked leading economists why no one had foreseen the economic crisis. In response, Professors Tim Besley and Peter Hennesy responded to her question with a letter that explained the following:

“Your Majesty, the failure to foresee the timing, extent and severity of the crisis and to head it off, while it had many causes, was principally a failure of the collective imagination of many bright people, both in this country and internationally, to understand the risks to the system as a whole.”

We now lie at a similar juncture when it comes to debt, where the failure to see systemic risks associated with a debt sustainability crisis could have major implications for economics, stability and geo-politics.

African countries have more than doubled their debt stocks in the last decade, notably as a result of historically low interest rates, massive infrastructure needs, high security spending, and social expenditures driven by a population that increased by almost a third in just ten years, from 1.06 billion in 2010 to 1.36billion in 2020. In November, the World Bank said that global debt levels rose ‘substantially’ in 2021.

In the wake of the COVID-19 pandemic and Russia’s invasion of Ukraine, t22 African countries are now either bankrupt or at high risk of debt distress. Median debt service costs almost doubled from 5.3 percent of government spending to 9.8 percent in 2022.

But like the financial crisis, our leaders are failing to see the systemic risk associated with debt vulnerabilities and are instead treating the issue in a siloed way, prioritising the interests of creditors, and failing to act with the urgency needed.

There are four primary implications which are not being adequately considered:

First, stability: Countries in the Global South are facing a hunger crisis, higher energy costs, and increases in extreme poverty. This has humanitarian implications on a huge scale. In 2021, there were 193 million people in urgent need of food assistance. If this  population were a country, it would be the 8th largest in the world. Since Russia’s invasion of Ukraine began, an additional 69 million people have begun experiencing hunger.

In 2010-11 a food price crisis precipitated unrest in forty countries, including what became known as the Arab spring.

With rising food and energy prices, citizen unrest is likely to increase. Yet, in part because of unsustainable debt burdens, countries lack the ability to respond.

Now, the response to the inflation challenge, in the form of rising interest rates at the US Federal Reserve is contributing to devaluing African countries currencies against the dollar, increasing the costs of debt service and contributing to increased import costs for energy and food. Many emerging markets have essentially been shut out of capital markets as borrowing costs have shot up since 2020, reaching 13.04 percent.[1] Capital outflows from emerging market bond funds have also accelerated and are estimated to have reached a record of $70bn this year.

Second, the response to climate change: The world’s most climate-vulnerable countries are experiencing what campaigners have called a ‘climate debt trap’: to respond to increasingly frequent and severe natural disasters, they take on loans to repair the damage, which adds to their debt stocks. Caribbean countries, for example, can attribute 50 percent of the regional rise in debt to natural disasters they have had to pay for themselves.

Climate change has already cost the world’s 55 most vulnerable countries (the V20) a fifth of their GDPs, with African countries losing an average of 3-5 percent of GDP annually. With astounding shortfalls for climate mitigation and adaptation finance, these unsustainable debt payments consume money urgently needed to protect lives and livelihoods.  In the words of Barbados Prime Minister,  Mia Mottley “If we have to borrow for climate, then it crowds out the borrowing we must do for education, for health care, for clean water.”

And this challenge is most acute because those countries most vulnerable to debt distress are also most vulnerable to the impacts of climate change. This includes Somalia, Chad, Sudan, and Afghanistan, which are collectively home to more than 118 million people. In the next four years, 58 of the world’s most climate-vulnerable countries will owe almost $500 billion in debt servicing.

Third, geopolitics: The leaders and citizens of countries in the Global South are now increasingly frustrated that Western governments which are partially responsible for the crises faced by Southern countries are failing to step up with adequate support to weather these crises.

The perceived inadequate response to climate change and the fallout from the war in Ukraine are having worrying implications for geopolitics. Europeans were surprised when a succession of votes at the UN General Assembly condemning Russia’s actions in Ukraine saw a number of African countries abstain. While there are a number of reasons driving these decisions, it is clear that Russia is pursuing a proactive strategy to increase its influence in the region.

In October, Vladimir Putin gave a foreign policy speech where he pinned the responsibility for increasing food and energy costs in Africa on the West’s covid stimul packages. Putin’s strategy actively seed a narrative that the West’s sanctions on Russia are the cause of food security challenges, rather than Russia’s invasion of Ukraine.  In the absence of solutions from the G20, countries under pressure are turning to China for more borrowing.

Fourth, the long-run economic implications: Without early resolutions to debt sustainability issues, the taxpayers of G20 (and particularly G7) countries could end up footing the bill for a much larger problem. During the 1980s and 1990s when Southern countries were facing similar debt sustainability challenges, multilateral institutions lent more money which enabled the debts to keep being paid and effectively bailed out previous lenders. For countries eligible for the Highly Indebted Poor Countries (HIPC) Initiative, between 1980 and 1984, 48 percent of their external debt payments were to private lenders, 30 percent to multilateral institutions, and 22 percent other governments. By 1996-2000 this had changed to 10 percent to private lenders, 59 percent to multilateral institutions, and 31 percent to other governments. When debt cancellation was finally agreed through the HIPC initiative and the Multilateral Debt Relief Initiative  in the 2000s, it was public lenders who paid the costs, while private lenders had been bailed out.

So many leaders, so little leadership

Because G20 governments are not adequately factoring these risks, the international efforts to address liquidity and solvency challenges have lacked ambition and have failed to deliver a solution.

During the COVID-19 pandemic, G20 countries put in place the Debt Service Suspension Initiative (DSSI), which offered some limited breathing room for select countries struggling with the aftershocks of the pandemic. It expired in December 2021. It also only suspended official bilateral debt, with countries reluctant to even ask the private sector to do the same for fear of being downgraded by the credit ratings agencies, harming their future cost and access to finance.

Its successor, the G20 Common Framework for Debt Treatments launched in 2020 has all but failed,  offering initial relief to Zambia, one of just three countries (including Ethiopia and Chad) that have applied almost two years after it was established.

It appears that G20 leaders remain happy with a stalemate, focusing energy on blaming others rather than taking responsibility for implementing obvious solutions. The US blames China, China stays quiet, private creditors do nothing. The IMF and World Bank highlight the severity of the problem and propose solutions but say they can’t implement them. No one moves.

As a result, borrowing countries suffering from the fallout from the broken system are also charged, under the Common Framework, with coordinating this unwieldy group and finalising comparable restructuring deals one creditor group at a time.

In November, Chad experienced a breakthrough. After months of negotiation, private creditors including the mining firm Glencore agreed to a pact to restructure the country’s debt. This unlocked a $570 million Extended Credit Facility programme from the IMF. But while this step, a result of two years of painstaking negotiations, was welcomed by the IMF, the World Bank expressed significant concerns that the deal doesn’t reduce Chad’s overall debt level.

It is therefore understandable that countries struggling with their debt sustainability, including Ghana and Nigeria, have little incentive to embark on this cumbersome and unrewarding process. Meanwhile middle-income countries facing major debt challenges such as Sri Lanka are not even eligible.

Even though most low-income countries are either in or at high risk of debt distress, borrowing remains a necessity rather than a luxury from the perspective of their government officials. To address the multiple ongoing crises on the energy, food, security, and climate fronts, governments are left by the current global financial safety net with few choices other than contracting more debt—albeit on worsening terms amid tighter global financial conditions. Decisively tackling the debt crisis and its adverse impact on poverty will therefore require innovative solutions to reverse this alarming trend.

But for that to happen, the international community needs to act differently. Changing its approach may sometimes be as simple as doing for vulnerable African countries what is routinely done for other countries with similar needs:

[1] Measured as weighted average yield across emerging market countries, where a loss of market access is when this is within a 10 percent spread with US 10Y Treasury notes (which is at 3.95 percent, so this is within just 100 basis points of that) https://www.cgdev.org/blog/world-bank-lending-hot-ticket-global-credit-crunch

Living Conditions in Afghanistan: New Evidence from a Welfare Monitoring Survey
March 15, 2022 9:00—10:00 AM Eastern Time (US and Canada)