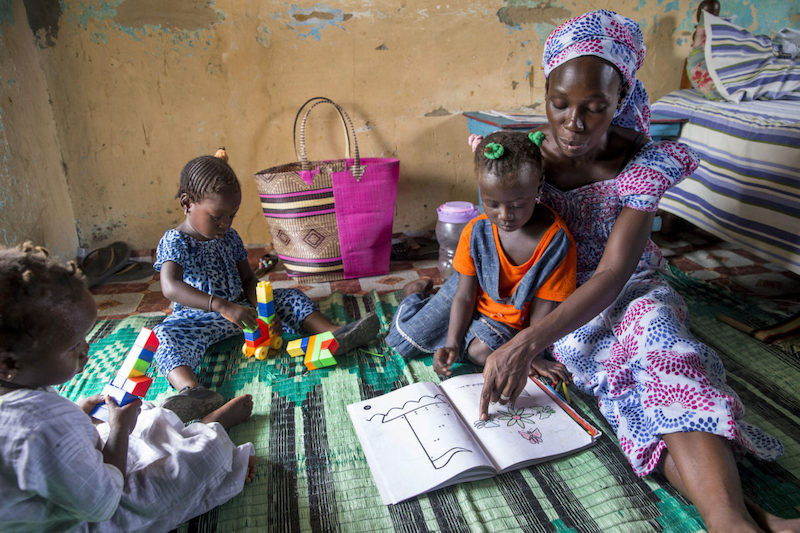 The ILO estimates that the number of women employed in low- and middle-income countries fell 4.7 percent between 2019 and 2020, compared to a 3.3 percent decline for men. A number of factors may account for that larger decline, including the disproportionate effect of COVID-19 closures on sectors where women make a larger percentage of the workforce and lack of childcare options. Here, we examine one more potential element of the story: the fact that women-owned businesses, which tend to hire more women employees than men-owned businesses, saw higher closure rates in the developing countries for which we have data.

To analyze the impact of COVID-19 on women’s jobs, we decided to run a simple regression based on World Bank Enterprise Surveys in 17 middle-income countries from 2020. The countries surveyed are Albania, Bulgaria, Bosnia & Herzegovina, Belarus, Georgia, Jordan, Kazakhstan, Lebanon, Morocco, Moldova, North Macedonia, Montenegro, Mongolia, Mozambique, Russia, Serbia, and Zambia. For these 17 countries as well as the full Enterprise Survey sample (primarily made up of pre-crisis observations), we compare an (unweighted) country-level average of results related to firms majority or entirely owned by men, compared to firms with equal ownership by men and women or majority or completely owned by women for those 17 countries as well as for the full Enterprise Survey sample (see table).

Across the full sample, about nine out of every ten employees work for firms that are majority or completely owned by men, and the proportion is similar for the seventeen countries with a 2020 survey. But women employees are over-represented in equal/majority women-owned firms, where they account for 43 percent of the workforce, compared to 31 percent in men-owned firms (again the proportion is similar for our seventeen country 2020 sample).

Sadly, and despite the fact that, overall, firms with a higher proportion of women employees were not significantly more likely to close than those with a smaller proportion of women in their workforce, the pandemic appears to have taken a particularly large toll on women-owned firms. In 2020, looking at the seventeen countries with data, equal and majority women-owned firms were around 1.4 times more likely close (permanently or temporarily) than majority men-owned firms.

The effect also broadly survives across firm size: with the exception of a higher permanent closure rate of large, majority men-owned firms, large, medium and small firms equally or majority-owned by women all see higher temporary and permanent closure rates. (We define large firms as those above the 75th percentile for number of employees in 2019, and small firms as those below the 25th percentile). In addition, looking back to survey data for 2019 and earlier years, the average age and age distribution of women- and men-owned firms in the Enterprise Survey is similar, suggesting the higher closure rate is not simply the result of a consistent pattern of higher churn in women-owned enterprises than men-owned firms.

If not sector, size, or a history of short-lived women-owned firms, what does account the higher closure rate? A forthcoming paper by Jessica Torres and colleagues at the World Bank suggests women-led businesses were disproportionately likely to report both supply shocks and sales declines, while they were less likely to have received public support than men-led businesses, and may have been more likely to enter the pandemic with limited cash on hand. Earlier survey evidence also suggests that women business owners reported considerably greater challenges with childcare during the pandemic than did business owners who were men. But whatever the cause, this higher closure rate will have provided an additional headwind against the recovery in women’s employment and economic empowerment.