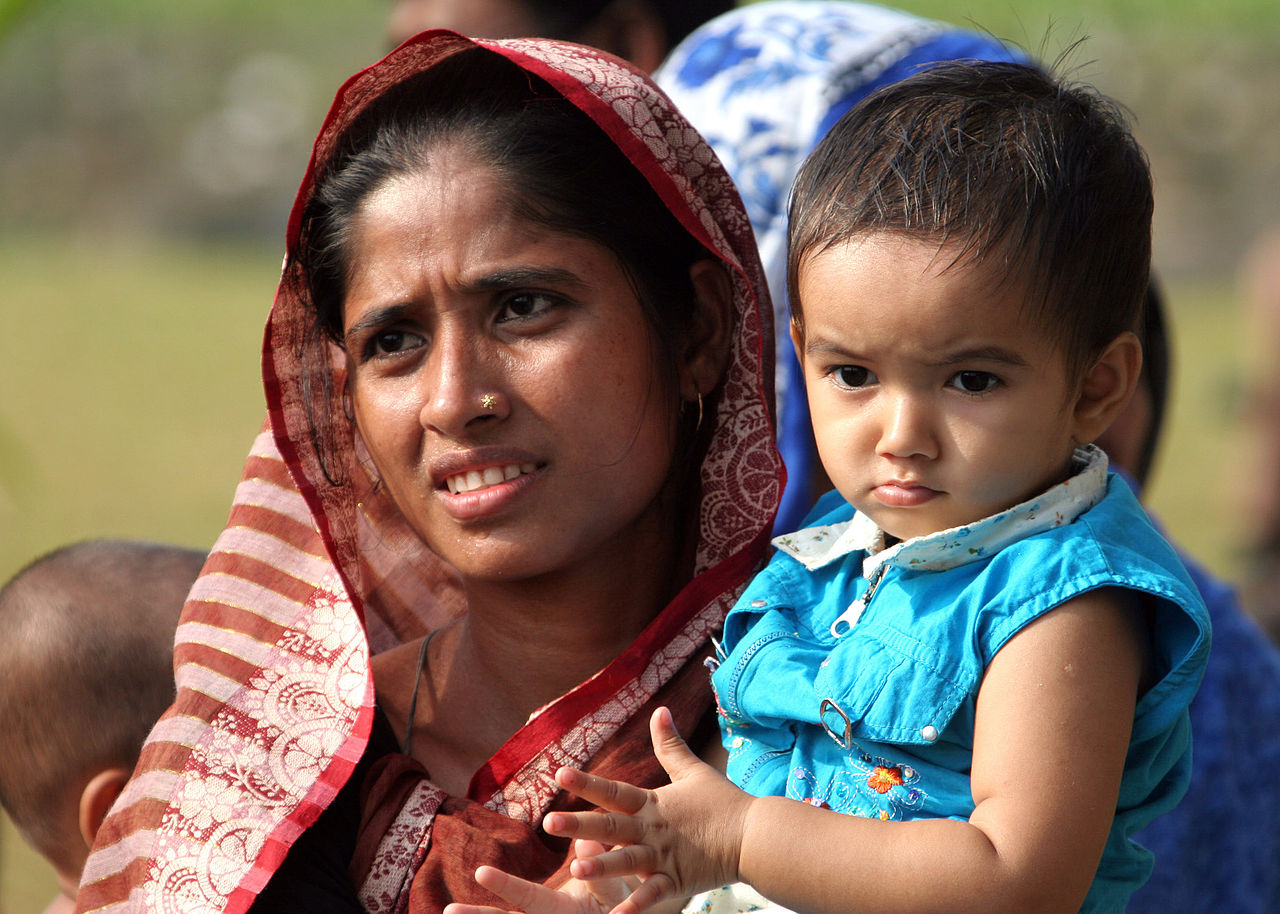 The story of the m-Pesa’s penetration in the Kenya economy is a well-trodden yet exciting path into what feels like a taste of a cashless future. And in a country where 20.9 million adults (aged 15+)—or 73 percent of the population—have a mobile money account, Kenya’s well-developed mobile money infrastructure is an as-yet unparalleled ecosystem for financial inclusion product innovation. All that said, according to the latest round of the Findex survey microdata (see graph below), Kenya is not the country with the most adults holding mobile money accounts. 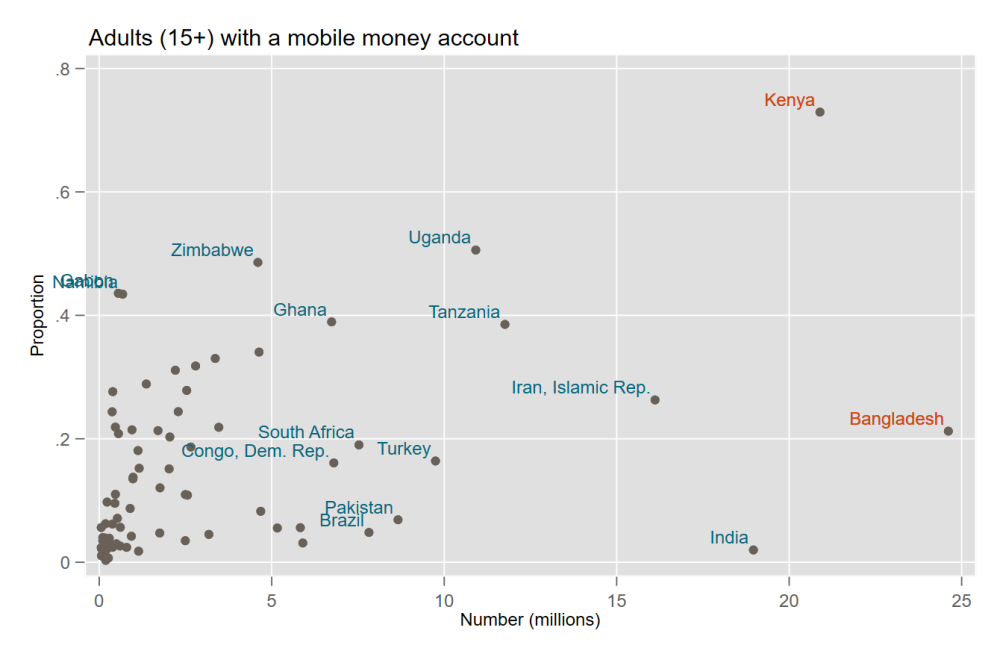 It is important to revisit because while percentages are a useful way to get a quick glimpse of mobile money penetration at the national level, a low penetration rate in countries with large populations can mask just how big the mobile money-transacting population is. In fact, look at the third-largest population of mobile money users: India. While only two percent of Indian adults have a mobile money account—practically a rounding error in India—that represents 19 million people.

Still, while Kenya and India have received lots of attention for their approaches to financial inclusion, Bangladesh’s growth has gone relatively under the radar. At 22 percent, Bangladesh’s rural population has a higher rate of mobile money account ownership than the general population—which is rare globally. Thirteen mobile money platforms are fighting for market share (compared to six in Kenya), and the government is digitizing payments and services.

Today, my CGD colleagues and I published a piece that examines one of those digitized payments in Bangladesh. We look at the results of a perceptions survey of 100 mostly-rural mothers who are beneficiaries of the Primary Education Stipend Program (PESP) and 25 headmasters who administer the payments. PESP transfers a cash stipend to mothers’ mobile money accounts based on their children’s school attendance.

You can read the full note here, but in the meantime, here’s a quick preview of our findings:

This was a modest survey, but it nonetheless reveals what appears to be a relatively well-functioning government transfer delivered via a bespoke mobile payment platform. Bangladesh has yet to achieve mobile account ownership rates that are even close to that of Kenya’s, but looking at raw numbers rather than percentages and its use in delivering government benefits suggests that the groundwork is being laid for substantial future growth of this sector.