The question underlies discussions around the Global Compact for Migration, a future international agreement on migration governance now being negotiated by United Nations Member States. Country delegations will gather in New York next week at UN Headquarters for the first round of intergovernmental negotiations.

Those governments have rightly asked for clear evidence that regular migration channels can help suppress irregular migration. There has been very little such evidence in the policy debate.

In a new policy brief, we review evidence from one historical episode in which regular migration channels did clearly substitute for and suppress irregular migration. This is the last 76 years of policy change at the US-Mexico border, scene of one of the largest bilateral migration flows on earth. 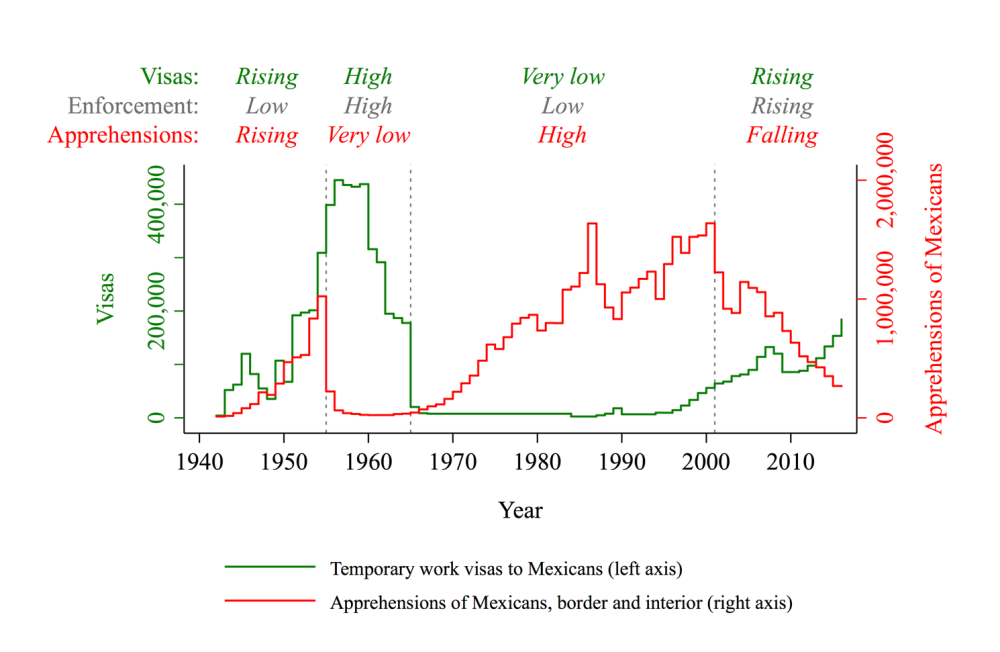 For the details, and more data, read the full brief.