Ensuring Financial Stability in the Era of COVID-19: Recommendations for Latin America and the Caribbean | Center for Global Development | Ideas to Action Skip to main content

Ensuring Financial Stability in the Era of COVID-19: Recommendations for Latin America and the Caribbean 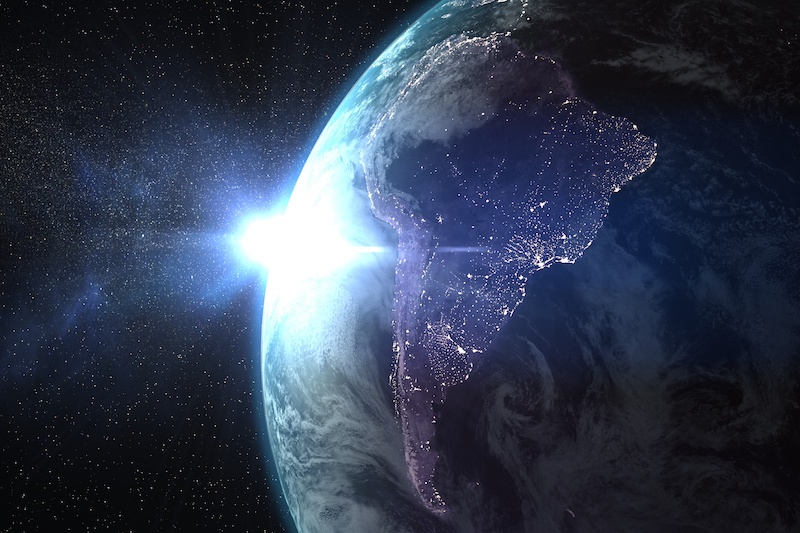 With a surging pandemic, income losses, and a deepening recession, Latin America and the Caribbean is facing a health and economic crisis that will test its financial systems like few events in modern times. The blow, however, can be softened. Banks as well as governments and central banks can play a crucial role, providing financing to lessen the impact on families and firms and to speed the recovery.

Latin America and the Caribbean entered the COVID-19 era with relatively strong monetary frameworks, including well-anchored inflation and inflation expectations. More countries have introduced inflation targeting regimes and gained exchange rate flexibility. As the crisis erupted, financial systems were healthy, and banks could boast of high capital and liquidity buffers.

But fiscal deficits have soared, spurred by greater consumption since the global financial crisis of 2008 and, with them, debt levels. Private sector external debt also has risen, and much of the issuance has been dollar-denominated. With COVID-19 cutting into incomes, paring demand, and delivering a supply and productivity shock, the region's financial systems are likely to come under significant strain, with credit risks taking center stage.

We recently chaired a working group, the result of close collaboration between the Center for Global Development and the Inter-American Development Bank (IDB), to consider a set of difficult and pressing issues for financial sectors. The resulting report released today made possible by the discussions of the highly qualified experts in the group, include detailed recommendations to preserve financial stability and to allow banks to play a constructive role in the recovery phase.

Maintaining hard won central bank independence and credibility is critical. In most countries of the region, central banks have cut interest rates and injected liquidity into their respective economies. The credibility they gained made this monetary policy reaction both feasible and effective. Some countries are contemplating changing central bank charters to provide greater flexibility to purchase public and private (nonfinancial) securities from primary markets. But dangers abound. While central banks focus on providing liquidity, they should avoid the monetary financing of fiscal deficits and the assuming of private sector credit risk. Central banks should neither weaken their balance sheets nor compromise their independence. Governments should turn to the International Monetary Fund (IMF) and multilateral development banks (MDBs) for additional resources and support if needed.

Dealing with highly leveraged firms with high external dollar-denominated liabilities and disappearing sources of dollar income is a growing challenge in some cases. Most countries have regulations to restrict currency mismatches on banks' balance sheets. But central banks need to ensure that all foreign currency-denominated transactions are reported, and the risks assessed. New stress tests are needed to model corporations' roll-over and solvency risks, and how they might affect banks and other financial institutions, and the possibilities of smaller firms being crowded out of credit markets. Policymakers may ultimately need to take preemptive action to help some firms restructure debts or provide equity or equity-like injections.

Deal with solvency as well as liquidity problems

In an environment of lockdowns and income losses as economic activity is halted, many countries have facilitated loan reprogramming with long grace periods or enacted payment deferrals. Loans in such programs, however, tend to be reported as in good standing rather than as subject to additional provisioning. A real concern becomes a crisis of liquidity morphing into a solvency crisis. Moreover, during this period of payment suspensions, information about borrowers’ creditworthiness is being lost. So, the real risks are becoming harder and harder to ascertain. Payment deferrals should be temporary and banks should be obligated to report the true quality of their loans so that supervisors and central banks have a clear view of the situation. Provisioning requirements, tied to loan classifications, should also be maintained with supervisors given discretion to allow banks time to build up greater provisions where needed. This will imply digging into banks’ capital buffers to some degree. These are extraordinary times: some use of those buffers is to be expected.

Many countries have initiated large public guarantee programs to support credit.  But many of these guarantees do not cover the full loan. Given the uncertainty regarding credit risks, take up by banks has been limited. One solution is to restrict guarantee schemes to a smaller universe of formal firms of at least medium-size that can supply good information on credit risks while ensuring both transparency and adequate provisions against losses.

When it comes to small and micro firms, grants may be a better option, provided that there is adequate information on the firm's viability and the grant can be curtailed if it becomes clear the firm will not survive. For example, the grant could then become a transfer if the firm was a poor family’s source of income. With so much uncertainty as to which firms are viable, equity or an equity-like instrument might ultimately work best for larger formal firms. That would provide governments with upside as well as downside risk, potentially minimizing fiscal losses (or even yielding profits) and avoiding growing debt at firms whose leverage ratios are already high.  Crucial to that is the creation of structures and rules -- the private sector arms of MDBs such as IDB-Invest and the International Finance Corporation are in a good position to assist -- to ensure that the public investment goes to firms that are genuinely healthy rather than merely politically connected. Done correctly, such an effort could yield an immense benefit over the long haul: improving corporate governance in the region.  Selecting the right instruments will be critical to make the most of the limited fiscal resources. It is surely better to support firms ex-ante than face widespread defaults and then be forced to help banks ex-post.

Still, it is inevitable that some corporations will end up in bankruptcy, and some banks and other financial institutions may be forced to close. Most countries have deposit-insurance systems in place, and many of them have improved bank resolution legislation since the crises of the 1980s and 1990s. But policymakers must make certain that such frameworks are operative and appropriately regulated, and that central banks and bank supervisors are insulated from legal attacks after resolving financial institutions. Bank resolution frameworks tend to be focused on individual institutions, so governments and central banks will have to keep their eye on systemic risks and develop contingency plans in the event that the risks to larger or multiple institutions grow.

There is one potential silver lining of the current crisis for banking systems. Social safety nets have expanded and new transfer programs have been created since the pandemic began. And some countries have complemented those efforts with innovative electronic payment methods and agreements with financial institutions to create simple and cost-free financial accounts for recipients. That could allow currently unbanked families and firms access to financial services and, together with greater financial education, advance wellbeing far beyond the COVID-19 era.

Latin America and the Caribbean has a difficult path to navigate through and out of the current crisis. The size of the challenge for banks will depend on the duration of the health emergency and thus the length and depth of the economic crisis. Resources are limited and maintaining financial stability will be key; a financial crisis would only add to economic woes, especially for the poor. Good policies, as identified in our report, will help minimize the economic hardship and allow banks to play a constructive, comprehensive role in the recovery phase.