Sound Banks for Healthy Economies: Challenges for Policymakers in Latin America and the Caribbean in Times of Coronavirus | Center for Global Development | Ideas to Action Skip to main content

Sound Banks for Healthy Economies: Challenges for Policymakers in Latin America and the Caribbean in Times of Coronavirus 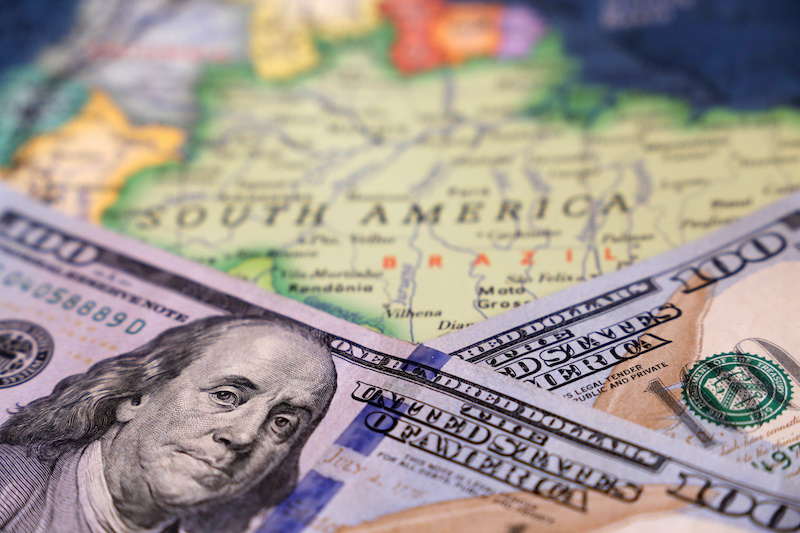 The COVID-19 crisis has already taken a large toll on Latin America and the Caribbean in terms of confirmed cases and deaths as well as sharp declines in economic activity—and it is far from over. It is still unclear how long the health crisis will persist and how soon and how fast economies will recover. The deep recession and the serious income losses for families and firms may provoke significant challenges for financial systems. Unlike recent financial or balance of payments’ crises, this may be more of a slow-moving event in which credit risks take center stage. Good policies will be critical to navigate the coming months. The purpose of this report is twofold: to identify and discuss a set of challenges, and to develop key recommendations. The overarching goal is to provide support to policymakers in the region who may face difficult decisions to ensure that banks play a constructive role and support families and firms through and beyond the current crisis.

Most financial systems remain dominated by banks and will undoubtedly see nonperforming loans rise and suffer losses on other assets as well. Moreover, countries in the region have limited fiscal resources and debt positions had already risen significantly before the COVID-19 crisis hit. However, monetary frameworks have improved considerably. In most countries, inflation and inflation expectations remain well anchored and more countries have gained exchange rate flexibility by introducing inflation targeting regimes. Financial systems were also in relatively good shape before the crisis hit and banks had high capital and liquidity buffers. But the crisis and the immediate response present a set of subtle but extremely important dilemmas for policymakers dealing with financial sector issues.

In most countries, central banks lowered interest rates and provided liquidity, especially to banks by lowering reserve or liquidity requirements and through repos (repurchase agreements) or bond buying programs. Most central banks are restricted in the types of assets they can purchase, but some countries are changing central bank charters to provide greater flexibility to purchase public and private (nonfinancial) securities from primary (as opposed to secondary) markets. Experience, however, suggests that dangers are lurking in this area. Maintaining central bank independence and credibility is key. This report recommends that central banks focus on liquidity provision and avoid the monetary financing of fiscal deficits and taking on private sector credit risks. Countries would be well advised to seek IMF support or additional resources from multilateral development banks before weakening central bank balance sheets in this fashion.

Over the last decade, firms in the region took advantage of low global interest rates and issued significant volumes of dollar-denominated bonds abroad. The dangers of currency mismatches when firms do not have access to dollar income has been highlighted in several recent reports, but the COVID-19 crisis and the collapse in trade has added a new dimension: many firms in the tradable sector that appeared to have been hedged have now lost their sources of dollar income. Most countries have regulations to restrict mismatches

on banks’ balance sheets, but countries now need to go further. Central banks should ensure all foreign currency-denominated transactions are reported so the risks can be assessed. They should take a holistic view, perhaps by developing new stress tests, to model corporates’ roll-over and solvency risks and how they may impact banks and other financial institutions and the likelihood that smaller firms will be crowded out of credit markets. Where the dangers are significant, policymakers may need to take preemptive action to help firms restructure debts or even provide equity or equity-like injections (discussed further below).

Many countries have introduced payment deferrals or facilitated loan reprograming in the domestic financial system with long grace periods. Loans included in such programs tend to be reported as in good standing and, therefore, not subject to additional provisioning. And yet, credit risk has surely risen given the substantial income losses. A danger is that these policies focus on the liquidity dimension rather than considering the growing solvency risks. Unfortunately, such policies magnify the uncertainty over the quality of banks’ loan-books. Payment deferrals should be explicitly designed and announced as temporary. And banks should always report loan quality reflecting the reality of the situation, so supervisors and central banks have good information. Loan classification is normally tied to provisioning requirements. The recommendation of this report is that provisioning rules should be maintained but supervisors may exercise discretion, allowing banks time to build up greater provisions where required. This may imply that bank capital ratios dip from their relatively high pre-crisis levels. To allay concerns about capital losses, authorities may wish to communicate that bank buffers are there to be used on a temporary basis in such circumstances.

Given the crisis and the impact on the poor and vulnerable, countries have expanded social safety nets and introduced new transfer programs. Some countries have implemented such initiatives in a way to boost financial inclusion using electronic payment methods and with agreements with financial institutions, including banks and fintech companies, to create a simple and costless financial account. Other countries should follow suit and complement these efforts with a program of financial education. The region lags in terms of financial inclusion, and harnessing transfer payments in this fashion could bring significant benefits, allowing unbanked families and firms access to financial services, providing a silver lining to the crisis.

Many countries also announced large public guarantee programs to support credit. Frequently, these programs are off fiscal balance sheets, raising the specter of growing contingent liabilities. Such programs should be transparent and adequate provisions should be made against losses. A significant problem with guarantee programs is that banks are reticent to lend unless the guarantee covers the whole loan, but full guarantees take away banks’ incentives to choose creditworthy borrowers and limit risks. Wary of this and the potential fiscal losses that might result, in practice countries have typically offered partial guarantees but take up has been low. Despite large announced programs in some countries the actual volumes of guarantees awarded have been limited. This report recommends loan guarantee schemes for a limited universe of formal firms, likely firms of at least medium size with good information on credit risks. Guarantees give greater leverage (they can support larger volumes of loans) when they are partial and on loan portfolios. Countries should monitor these programs carefully to ensure banks are not cherry-picking which loans are backed and that the results are as intended.

Latin America and the Caribbean has a long tail of small and micro firms, many of which are family owned and not fully formal. Assuming there is fiscal space, grants are likely a better instrument to support small and micro firms. However, grants should come with a system to gather information on the future viability of the firm and should be curtailed quickly if it becomes clear the firm does not have a future. If the firm had been supporting a poor family, the grant should morph into a transfer payment. For those firms where debt is not excessive, extending subordinated debt might be preferable to a guarantee on a bank loan. But given the level of uncertainty regarding which firms will be viable, equity or an equity-like instrument is likely preferable to debt, or to the use of guarantees. The advantage of equity, or an equity-like instrument, is that it would provide governments with upside as well as downside risk, potentially minimizing overall fiscal losses (or even providing profits), and avoids creating a debt overhang for firms whose leverage ratios are already high. But the experience of public injections of equity into private firms in the region is at best mixed. In those countries that have public banks with good governance structures, these institutions might be adapted for this purpose. Or, a mixed public-private council should be created to guide investments towards viable firms rather than investing in the firms of the politically connected. The report recommends that the private sector arms of multilateral development banks such as the IFC and IDB-Invest provide advice as to how to adapt current institutions or to design new ones, develop their rules of operation and provide funding where appropriate. This approach has additional advantages; it could provide a mechanism to improve corporate governance in the region. Moreover, it is surely preferable to support firms with a good chance of flourishing once the crisis is over rather than risking more widespread defaults and then having to assist banks ex-post.

Finally, given the magnitude of the recessions and the loss in income to firms and to families, many corporate bankruptcies are likely and some banks and other financial institutions will need to be closed. Most countries have deposit-insurance systems in place and many have improved bank resolution legislation since the crises of the 1980s and 1990s. Policymakers should ensure such frameworks are operative; not only should the laws be in place but they should be regulated appropriately so they can be used if required. The region also lags in terms of the legal protections afforded to supervisors. If passing new legislation for this purpose is not feasible, then, at a minimum, central banks and bank supervisors should have a clear strategy and adequate resources to mount a rigorous defense against any cases brought in the wake of supervisors performing their legal duties to resolve financial institutions, if and when required. Governments and central banks should carefully monitor the evolving risks in the financial system and plan accordingly. Bank resolution frameworks are focused by and large on resolving each individual institution rather than contemplating systemic risks. Contingency plans should be developed if multiple institutions including some larger institutions begin to suffer from solvency risks.

The region will face challenging months ahead and concerns regarding financial stability may well surface. A lesson of previous financial crises is that confronting these concerns head on is better than trying to hide them if they emerge. Good policies appropriate to the nature of the problem at hand will boost confidence, help overcome the problems, and ensure that banks play a constructive role as suppliers of liquidity and credit in order for the economy to recover as swiftly as possible.