Establishing a Financing Mechanism for Global Health Security and Pandemic Preparedness: Where Are We Now and What Comes Next? | Center for Global Development | Ideas to Action Skip to main content

Establishing a Financing Mechanism for Global Health Security and Pandemic Preparedness: Where Are We Now and What Comes Next? 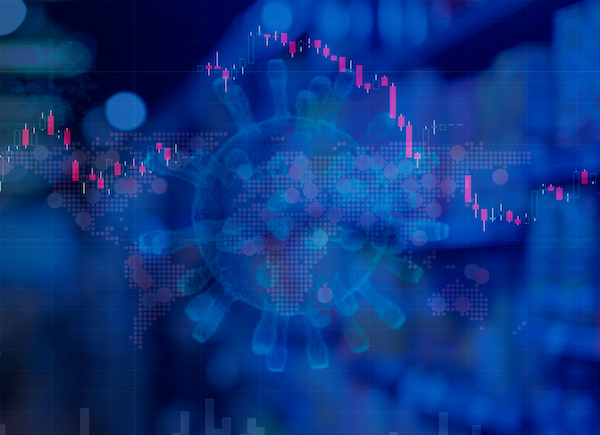 COVID-19 has laid bare that the existing global health architecture is not equipped to adequately finance pandemic prevention, preparedness, and response (PPR). Now is the time to act.

In a report released last summer, the G20 High Level Independent Panel on Financing the Global Commons for Pandemic Preparedness and Response (HLIP), which CGD supported, called for increased and sustained investments in pandemic preparedness and response—and specifically the creation of a Financial Intermediary Fund (FIF) to provide $10 billion per year in international financing for key preparedness gaps. Other expert groups have come to a similar conclusion.

Better pandemic preparedness can save lives and money, offering a clear return on investment particularly in the face of projections that suggest the next pandemic could come sooner than we think.

The good news? This pandemic preparedness and response fund is gaining traction.

Where we are now

The US emerged as an early supporter of the proposed fund at the first Global COVID-19 Summit last September—where Vice President Harris announced the US was prepared to contribute at least $250 million to seed the FIF. The administration subsequently reiterated its commitment to the FIF and included $4.75 billion allocation—a large share of which they hope Congress will make available in the form of mandatory funding—for a contribution in its FY23 budget request.

Then, last month, the WHO Council on the Economics of Health for All and the G20 Health and Development Partnership released a joint statement urging G20 leaders and finance and health ministers to establish a FIF. And in an op-ed, top officials from the US, Indonesia, and WHO called for creation of a fund to prevent the next major health threat leading to the horrific loss of life and economic hardship brought about by COVID-19.

To top it off, G20 Finance Ministers and Central Bank Governors issued a pro-FIF announcement following their convening on April 20 in Washington DC. The FIF was one of the only areas of consensus for the ministers, and the G20 statement hinted that further action is imminent:

The G20 has reached a consensus to address the gap by establishing a new financial mechanism dedicated to addressing the financing gap for pandemic preparedness, prevention and action. A Financial Intermediary Fund (FIF) housed at the World Bank is the most effective option for a new financial mechanism. In this case, to start the process of establishing the FIF, the Indonesian Presidency needs to oversee the discussion around governance issues and operational arrangements. The Indonesian presidency will target the new financial mechanism to be finalized before the G20 Health Ministerial level meeting in June. This will be one of the real implementations of the Indonesia’s G20 Presidency agenda, as stated by President Joko Widodo

Of course, translating any policy pledges from high-level fora takes plenty of discussions. The FIF is no exception. There’s plenty to work out—including the specifics of its governance model and plans for sourcing and managing contributions. But we’re feeling hopeful that we’ll see progress toward a mechanism that would ensure future financing for preparedness with the mandate and flexibility to provide support to governments (ideally budget support) and regional bodies, and to allocate funds across the system and a range of organizations to drive progress.

We put together a concept note on what the FIF should do, how it should be operationalized, and why the World Bank is the right place for the financing mechanism.

Among other things, a FIF should:

While progress is encouraging, we must be mindful that setting up a FIF is not a silver bullet to “fixing” pandemic preparedness and response. There are many things a FIF can do, but there are also many things it cannot do.

A FIF should be set up alongside complementary reforms, including adequately financing WHO—the WHO Working Group on Sustainable Financing-recommended phased increases in assessed contributions from member states after Dr. Tedros urged the working group to consider such a proposal. The World Bank itself should take action to assure that surge financing can be easily triggered and deployed to support advance market commitments to develop and procure medical countermeasures when pandemic risks emerge. And existing and emerging global health entities must be replenished and re-envisioned for a post-COVID-19 global health architecture that works for both existing and emerging pandemic threats, and the new leadership of regional bodies.

We’re looking to the World Bank, in collaboration with WHO and the G20 and G7, to trigger the administrative process for creating a FIF, so that the already committed funds have somewhere to go. Next, we need clarity on the governance, operational approach, and management of the FIF, and guidance on how to set and adjust investment priorities over time.

In the lead-up to the Second Global COVID-19 Summit on May 12, the Biden administration has identified “generating sustainable financing for pandemic preparedness, health security, and health systems” as the fifth of five challenges the Summit will seek to address. This Summit will be a key opportunity to mobilize support from additional countries, including low- and middle-income countries outside of the G7/G20 orbit. The 75th World Health Assembly (May 22-28) also presents an opportunity to garner support and show areas for collaboration between WHO and the World Bank.

And, as the G20 announcement stated, we can expect news of the FIF at the Health Ministerial level meeting this June.

The next pandemic could be here sooner than we think, and it’s time for world leaders to turn this idea into action to ensure we are prepared.

For more, see CGD’s work on Financing for Outbreak Preparedness and Response, including our previous calls for more and better financing for PPR, what’s needed for credible, legitimate, and effective governance of pandemic preparedness financing, and sources of financing beyond ODA that could fund a financing mechanism.

The authors are grateful to Erin Collinson for comments and suggestions on an earlier draft.