Five Points for MPs in the UK’s Planned Aid Cut, and an Alternative Proposal for the Government | Center for Global Development | Ideas to Action Skip to main content

Five Points for MPs in the UK’s Planned Aid Cut, and an Alternative Proposal for the Government 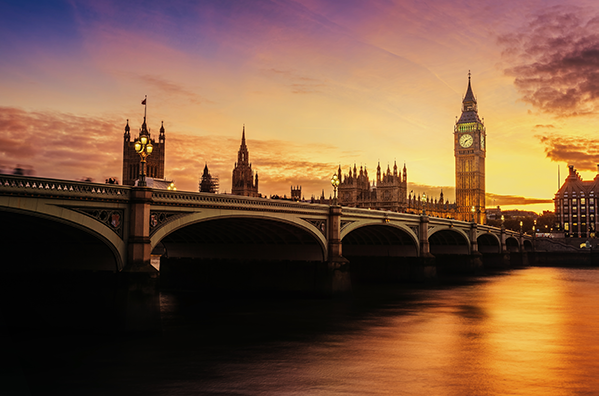 The UK government plans to reduce its aid budget from 0.7 percent of its gross national income (GNI) to 0.5 percent.

But to do so the government will need to change the law. It will face resistance to this move, certainly from opposition parties and former leaders but also from its own MPs who were elected 14 months ago on a manifesto committing to 0.7 percent.

Today we publish a note that provides an analytical overview of the proposed cuts and potential impacts. MPs will have plenty of information on the good that aid does, and they will understand the politics—but in this blog, we highlight five wider points that MPs should consider when deciding the fate of the UK aid budget and concludes with an alternative approach the UK can pursue at the G7 before the next election.

1. The reduction will undermine the UK’s Paris climate finance commitment

The foreign secretary listed climate as his first priority in a recent statement to Parliament and confirmed the UK would still double its climate finance. But given the reduction to the aid budget, it will no longer be “new and additional” as required by the Copenhagen Accord (for developed countries to mobilise $100bn of climate finance through 2020-25) and reaffirmed in Article 9 of the Paris Agreement, instead it will displace other support to developing countries.

Historically, the UK has ensured that the climate finance reported to the UN was on top of historic aid. The £2.2bn per year planned to 2025 is additional to the 2009 budget (of £7.3bn) in cash terms, but in today’s money that budget is £9.2bn. If the UK reduces its aid budget to around £10bn, it’s clear that climate finance will be at the expense of other aid spend. Given the need for $100bn in total, and the UK’s responsibility for 11 percent of developed country emissions, even the UK’s $3bn is a relatively limited effort.

As this year’s host of the UN Climate Conference (COP26), the UK will undermine its own credibility with this cut, both in asking others to step up on finance and with development partners who will be most affected by climate change.

2. Cuts are being undertaken extremely rapidly, with major value for money risks

Commentators criticised the steepness of the increase in aid when the coalition government reached the 0.7 percent target in 2013. It took time and planning to increase the aid budget, not least because of the responsibility of using public money effectively. In our note, we show that the increase from 0.5 percent to 0.7 percent took four years, and the increase from £10bn to £15bn took six years. The same care is necessary in cutting: doing it too fast will inevitably mean mistakes and bad choices.

This reduction was announced two months before taking effect. The government was somewhat prepared, having considered the usual spending review reduction scenarios. But this would be a major undertaking for any budget-holder, let alone one with long-term development budgets.

The pace of the cut means that some very good uses of UK public funds will be lost, and others that are less good will not. Many highly effective programmes will need to be curtailed before achieving their objectives, rather than wound down after their benefits have been realised.

Not only will this damage the effectiveness of UK aid spend, but the National Audit Office and Independent Commission for Aid Impact will pay close attention, and the government will damage its reputation for pursuing value for money.

3. The UK will likely halve aid to bilateral partners

It’s clear that 30 percent less aid will mean fewer children educated and vaccinated (if spread evenly, the government’s own results suggest 100,000 lives will not be saved). But our new analysis shows if existing commitments are met—from contributions to climate, CDC private finance, the EU, and costs of hosting refugees—the bilateral aid budget will take an even bigger hit, likely over 50 percent.

The UK has bilateral programmes with at least 27 countries (Pakistan, Ethiopia, Afghanistan, Yemen, and Nigeria are the largest recipients)—and in almost every case, the FCDO ambassador will start the UK’s post-Brexit relationship with a conversation about how the UK is giving substantially less support while the bilateral partners face a fiscal and health crisis.

This is not just bad for development, but also damages the UK’s foreign policy objectives at a time when others—including China—are stepping up their engagement and demonstrating their resilience as a development partner.

Leaving the EU will reduce the UK’s overseas spending by at least £6bn per year, or 0.3 percent of GNI. This spend is separate from the aid budget, and channelled through the EU to support regional development in (mainly) Eastern and Southern European countries. Due to the macro effects of leaving the EU, there will be less money for public services (I co-authored the report on that)—but this is still a real reduction in the UK’s foreign spending, equivalent to nearly half the UK’s aid budget, that will be refocused on domestic priorities as it falls to near zero in 2025.

5. The rest of the G7 is finally stepping up on aid

At least five of the G7 are planning to increase aid in 2021. France and Germany will each spend more than 0.5 percent of their economies on aid in 2021. The UK has been influential in pushing its peers to commit more—but will now drop behind them.

It’s true that providing 0.7 percent sets the UK apart: it is higher than the average level based on the UK’s income per head. Seven years after meeting the target, UK politicians could be forgiven for wondering whether any other major economies will step up—but with the UK G7 chair, this is the moment they could do so.

As G7 chair, the UK can still lead global change

If the UK stays the course until 2023, it will have hit 0.7 percent target for a decade. If no other G7 country has matched it by then, it could be justified in feeling it is doing more than its fair share among major economies: the Conservative party could put 0.5 percent in its election manifesto for 2024 and beyond.

But if the government could persuade France and Germany to step up to 0.7 percent, then the UK’s commitment could be seen as the catalyst for a step-change in global efforts—as it was at the G8 in Gleneagles in 2005 on debt relief. Not only would this make a stronger case to taxpayers, but it would also show beyond doubt that the UK can wield influence and leadership outside the EU.

I’m grateful to Sam Hughes, Euan Ritchie, Ranil Dissanayake, Mikaela Gavas, and Atousa Tahmesbi for supporting analysis and comments; all views and any mistakes are the authors.