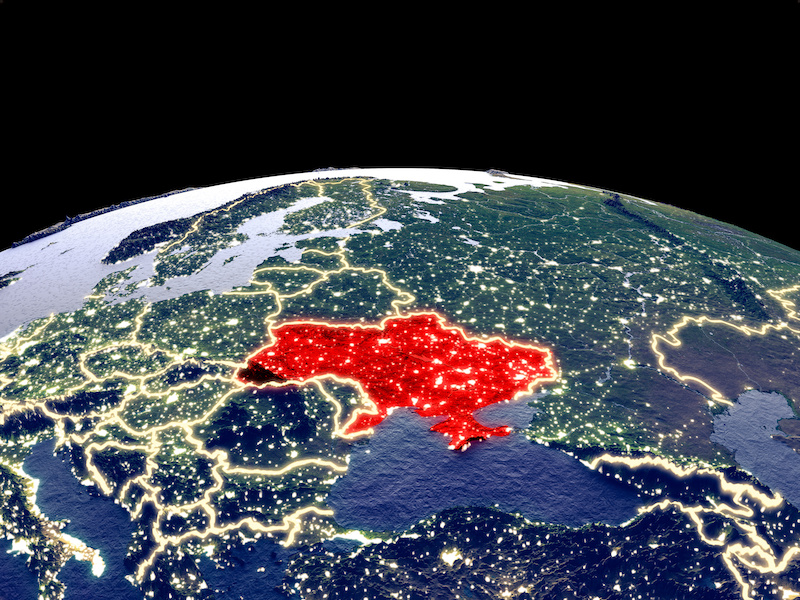 Pretty much everyone following the war in Ukraine has seen satellite imagery of Russian convoys trundling across Ukraine, or read about Elon Musk’s delivery of 5,000+ Starlink satellite-internet receivers. News reports are backed up by a wealth of satellite data, which has short-circuited Russia’s ability to dispute facts such as the presence, movement, and loss of its equipment, or evidence of war crimes.

Russia, the first country to achieve orbit in space, has found itself in a surprisingly disadvantaged situation when it comes to space and Ukraine. Russian satellites have been a problem—there are reportedly ‘too few of them and too few with high-quality capabilities, while NATO countries and the private sector have contributed extraordinary space capability to Ukraine. Leaders of the private space sector even established an initiative called the “Space Industry for Ukraine” to support and coordinate space capabilities, in addition to more traditional humanitarian aid. Private space companies see this as an opportunity both to support a popular cause and to showcase their products—hence the sustained, substantial flow of satellite imagery and space-based communications infrastructure to Ukraine.

To put Ukraine’s domestic space capability in perspective, the country just recently launched its first earth observation satellite (Sich-2-30) in January 2022. This was after a 10-year hiatus in part caused by Russia’s 2014 invasion of Crimea and subsequent annexation of Ukrainian space-related infrastructure, and long-standing efforts to undermine the Ukrainian space sector in general.

But Ukraine is benefiting from billions of dollars and decades of work developing communications, remote sensing, and navigation-related space infrastructure by governments and the commercial sector worldwide. The US alone spent about one trillion in inflation-adjusted dollars between 1958 and 2018. But unlike funds spent on bridges and telephone wires, this multinational infrastructure is orbiting the Earth and is thus usable, technically, by any country it passes over. Starlink satellites supporting drone strikes in Ukraine are also managing Twitter traffic in the US Midwest, for instance.

Leveraging satellite applications no longer requires ownership of satellites. For many countries—indeed for most countries—space is becoming an affordable service. They don’t have to have a spaceport and lift vehicle, or be able to design, build, and launch a satellite to get good imagery or disaster-proof their communications. If Ukraine can leverage its diplomacy and limited resources to access space capabilities despite owning few satellites itself, other countries that need better communications and more data can do so, too.