A Poll of Education Officials in 35 Countries: Three Reasons the Idea of a “Learning Crisis” Isn’t Getting Traction | Center for Global Development | Ideas to Action Skip to main content

A Poll of Education Officials in 35 Countries: Three Reasons the Idea of a “Learning Crisis” Isn’t Getting Traction 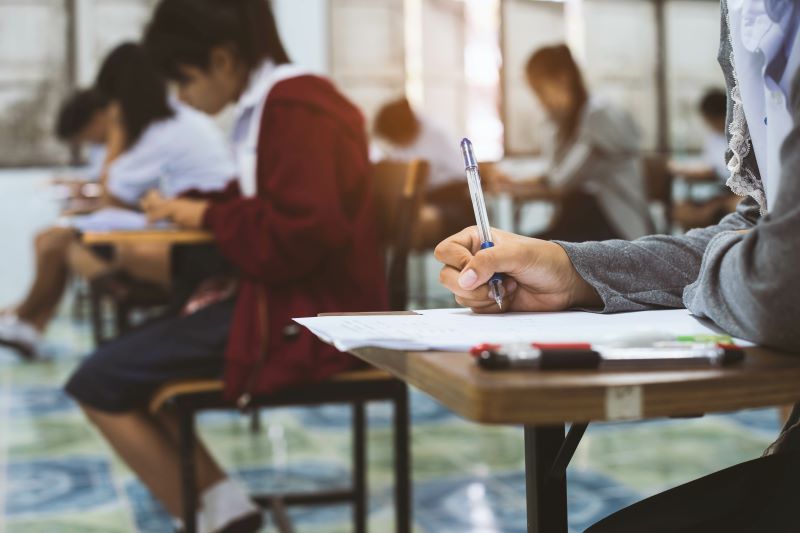 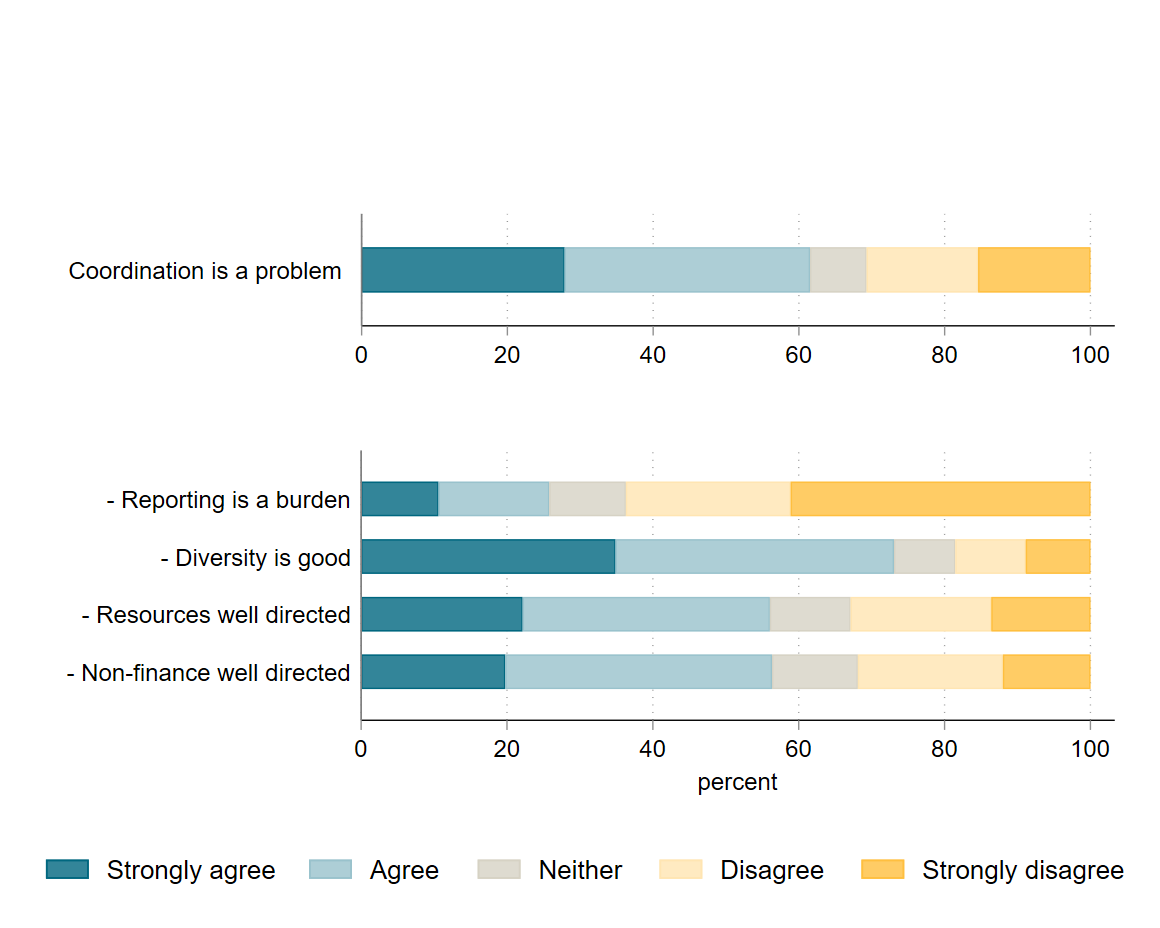 This blog is part one of a series on the findings of survey experiments with policymakers in 35 developing countries. Read part two in the series here.

With half of kids in low- and middle-income countries unable to read a simple story by the end of primary school, international organizations and foreign aid donors have declared a “global learning crisis.”

The crisis framing has coincided with a shift in policy messaging from many big international donors in the education sector. To oversimplify a bit, education access is out, school quality is in. The World Bank, UNICEF, the United States, the United Kingdom, and the Gates Foundation all promote greater emphasis on “foundational skills,” implying a renewed focus on basic literacy and numeracy in primary school, measured through an increased use of standardized testing.

Are education policymakers and bureaucrats in developing countries on board with this agenda?

In a new CGD working paper we summarize the results from the 2020 survey, which interviewed education officials in 35 low- and middle-income countries. In the first post in this series, we look at officials’ reactions to the learning crisis narrative.

Asked point blank, “do you think there is a learning crisis in your country?”, 81 percent of officials said yes. But scratch a bit deeper and the survey responses suggest that agreement isn’t very deeply rooted. 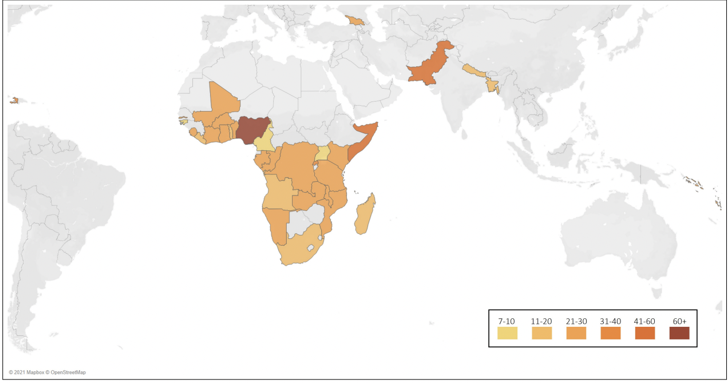 If foreign-aid donors and national policymakers have different priorities, this could be because they have different goals for education. We set out to measure how much weight policy makers place on different goals, by asking them to make a set of quantitative trade-offs between universal basic skills (i.e., foundational learning), universal schooling, or socialising children to become dutiful citizens.

We did this through a series of discrete choice experiments, designed to mitigate social desirability bias. We asked officials to choose between hypothetical states of the world in which different shares of citizens had foundational literacy, completed secondary school and were dutiful citizens.

To elicit how officials would prioritize new aid money, we posed another set of discrete choices, asking them to choose between two hypothetical aid projects. In reality, aid is not an open marketplace—recipients are unlikely to reject a project or push back too strongly on resource decisions made by donors. But by allowing and forcing respondents to make an explicit choice between two options, we can draw out and estimate underlying preferences.

Each respondent made six binary choices between two projects, with each project containing:

The 4,500 choices they made imply a strong preference for TVET (Figure 3). Taken literally, the answers suggest officials prefer a TVET project roughly as much as a $10 million budget increase in a different program. 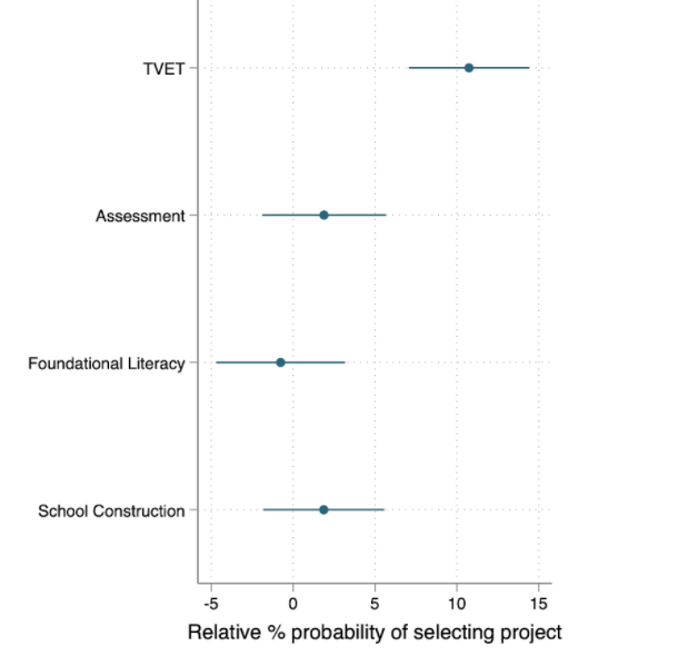 We also asked officials to name the three most important goals under SDG4. (We used “foundational skills” as a proxy for the target on quality education.) We found that even when asked directly, foundational skills are a low priority (Figure 4). Officials in Ghana, Kenya, and Rwanda rank TVET or employment skills as the most important SDG4 target. The elimination of gender disparities—another top priority for donors—also ranks relatively low. No official in Sierra Leone, Rwanda or Bangladesh ranked gender disparities as the most important target. And when asked (directly) to choose a topic for a new, hypothetical aid project more than half (54 percent) chose technical and vocational education.

2. Officials overestimate how many children can read

Another reason why officials may have different priorities is because they might have different information about the state of the learning crisis in their country.

When we asked directly, an overwhelming majority agreed that there is a global learning crisis (77 percent) and a national learning crisis (81 percent). But officials underestimated the scale of this “crisis” in their country. We asked them to estimate the share of students in their country that can read by age 10. We then compared this to estimates of the actual shares of students, calculated using the World Bank Learning Poverty indicator. Officials systematically, and in some cases dramatically, overestimated the share of pupils who can read (Figure 5). On average, officials in our sample estimated that 47 percent of children can read by the age of 10. The World Bank estimates suggest that the actual number is just 25 percent. 80 percent of officials overestimated literacy levels.

For governments to prioritise investments in foundational skills, they need to know if they have a problem—without widespread knowledge of low learning levels it’s unlikely action will be taken to fix it. Notably, officials are much better at accurately estimating the amount of schooling children receive and per pupil spending.

We found a strong correlation between overestimation of literacy levels and low prioritisation of foundational learning. Donors who want countries to invest more in foundational learning may want to consider how to better address this information constraint within Ministries of Education.

3. Many officials believe that kids have fixed abilities and can’t do much to improve

A third reason why officials might not prioritize foundational learning is because they may believe it might not do very much to change a child’s trajectory in life. In other words, they may think the main function of education is not to change children’s abilities but to select the smartest children for higher levels of education and elite jobs.

We tested this proposition by measuring the extent to which policy makers in our sample believe in a growth mindset. We administered the Dweck three-item growth mindset scale, asking respondents to show how much they agree with three statements about whether education interventions change children’s abilities.

Half of officials agree that “people have a certain amount of intelligence and you can’t really do very much to change it”. High levels of such “fixed mindset” has also been found amongst teachers in low- and middle-income countries. More than 40 percent of teachers believe that “there is little they can do to help a student learn” if their parents are uneducated, for instance.

Figure 6. Many officials do not have a growth mindset 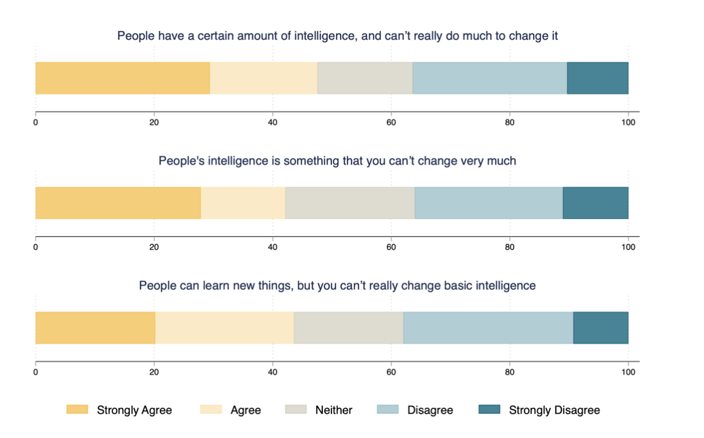 Conversely, perhaps, officials believe the returns to secondary schooling to be high. We asked them what they expect a child’s earnings to be at the age of 30, depending on whether they have completed primary or secondary school. We also asked them to estimate earnings for rich and poor children, and children with low and high intelligence.

On average, officials estimated that a child who completed secondary school would go on to earn more than 90 percent more than someone who had only completed primary school. The average actual earnings for a girl who completes secondary school is 74 percent higher than for a girl who only completes primary school (or 63 percent higher for a boy), across the 24 countries in our sample for which we have good data on actual earnings.  In other words, our respondents believe that the impact of secondary education on earnings is greater than it actually is. They did not perceive returns to education to be greater for girls versus boys, or for rich children versus poor children.

What should education donors do differently?

Education is domestic policy, par excellence. Sitting at the Center for Global Development however (i.e., in Washington D.C. and London, rather than Dakar or Islamabad), we can’t resist highlighting some lessons for foreign donors as well.

Donors could read our research in one of two ways. Firstly, there is an even greater need to ‘educate’ national policy makers about the learning crisis, so that they better understand learning levels in their own country. Or, alternatively, that donors should adapt education aid so that it meets policy makers’ actual preferences. Our findings don’t necessarily steer donors one way or another and so we offer them three recommendations:

First, donors may decide that policy makers need better knowledge about the learning crisis. In that case, they should invest more in research that informs policy makers about the actual status of schools in their country. Officials who could more accurately estimate (low) learning levels were more likely to prioritize foundational literacy.

Second (and alternatively), donors could acknowledge that countries have legitimate education goals beyond foundational learning and girls’ education. This begs the question of whether the global elite should be mandating how education aid is spent, or whether countries should be making their own choices, based on their own priorities. TVET and employment skills have emerged as top priorities. Empirical studies show that unemployed youth can lead to political instability and even violence, giving governments good reason to focus on investments that promise to address this issue, such as vocational education. Investing in research on effective models of TVET and TVET programmes themselves would help countries achieve domestic policy goals.

Third, no matter which direction the evidence has steered them, donors should consider how to help policy makers (and teachers) acquire a growth mindset. School systems that see their role as identifying the best students rather than reaching all kids are destined to leave many behind. A decent—if controversial—body of literature exists showing that growth mindset interventions targeting students can improve students outcomes. There are far less evaluated interventions aiming to increase growth mindset in policy makers (and teachers). This is an evidence gap and a practice gap and donors should invest in research and experiments that aim to generate new models and evidence. If policy makers do not believe that all children can learn, global targets like Learning Poverty are likely to fail.