Reducing Energy Poverty: Money Isn’t the Problem, But Paying for Results Might be the Solution | Center for Global Development | Ideas to Action Skip to main content

Reducing Energy Poverty: Money Isn’t the Problem, But Paying for Results Might be the Solution

Aid agencies are investing more in energy projects than ever before, but will they succeed?

Not if they ignore the key obstacle to progress: governments that choose the status quo over serious reforms. If external assistance for energy access is to be strategic and effective, then it should try paying Cash on Delivery for Energy—as I describe in a new CGD policy paper. This approach offers funds to countries in proportion to their success at expanding energy access. Accordingly, foreign aid would reward countries that overcome political obstacles to financially sustaining and expanding their own energy systems.

Energy poverty affects low- and middle-income country populations on a grand scale. Today, more than 1 billion people lack any access to electricity. Billions more have only limited access. With fewer than 100 kilowatt-hours (kWh) per person per year—the current definition of modern energy access—people can power a few light bulbs and charge a cell phone, but they cannot run a television, a sewing machine, or a refrigerator. The link between energy use and well-being is surprisingly tight. Night-time satellite imagery of lighting provides remarkably reliable estimates of GDP and other measures of human welfare. Every country (except Cuba) that scores above 0.8 on the Human Development Index consumes more than 3,000 kWh of electricity per person each year.

Ironically, this has little to do with lack of money. People are more than willing to pay for electricity, even the poorest. However, establishing a functional system to generate, distribute, and bill for electricity is not easy. Here’s a description of the current energy crisis in Nigeria from The Economist:

Power plants are … owed colossal sums by the agencies that act as middlemen between generation companies and the distributors. … The intermediaries, in turn, blame distributors, saying they have not been collecting cash from their customers. As for the distributors, they say that the tariffs they are allowed to charge are too low to cover their costs and that, in any case, Nigerians do not pay their bills. Depressingly, the biggest offender is the government, whose various departments and agencies owe almost $300m.

The main reason that overseas development assistance in the energy sector fails is a lack of domestic ownership of energy sector strategies. Prior to approving an aid program, agencies have to guess whether governments are committed to solving energy problems. If instead agencies paid for delivering outcomes, they would not have to predict the future. Rather, this approach—what we here at CGD call Cash on Delivery Aid, or COD—would reveal which governments are truly committed to reform based on actual performance. COD is not necessarily easy to design—and this is particularly the case in the energy sector. But conventional programs are also complex and tend to neglect the fundamental political obstacles.

Figure 1: Success and Failure in Expanding the Electric Sector

The key to a successful COD proposal for energy requires identifying an indicator which is closely linked to the desired objective (e.g., affordable energy services or expanded energy access); is independently verifiable; and which does not encourage waste, inefficiency, or environmental damage. My paper offers three proposals which might fit these requirements:

A program that prioritizes overall expansion of electricity consumption compatible with a sustainable environment could pay governments (1) $0.01 for each additional kilowatt-hour consumed and (2) $15 for each ton of CO2 emissions averted, relative to a predefined reference level.

A program that prioritizes the financial sustainability of utilities could pay governments $1 for every additional $10 in appropriately billed and collected revenues.

A program that prioritizes distributional goals, giving all households access to reliable and adequate electricity services, could pay governments $100 for each additional household consuming 300 kWh per person per year, defined as basic energy access.

This final alternative may be easiest to envision. For example, a country with 20 million people might have 5 million households, of which only half (2.5 million households) have basic energy access. If the government enacted policies to reduce commercial losses and channel these funds into broader access for another 200,000 households each year, it would receive annual payments of $20 million. The paper provides more details and examples for each of these alternatives, and also addresses a series of concerns about COD from the perspective of funders and governments, such as social and environmental risks, implementing such arrangements in poorly governed countries, and a lack of up front financing.

Improving access to energy in the world’s low- and middle-income countries is a central challenge to improving lives and expanding economic opportunities. Conventional approaches have supported progress in some countries, but in many places, they are failing. The COD approach offers a different way to assist developing countries because it works with, rather than against, the political process needed to sustain energy systems—financially, environmentally, and equitably. 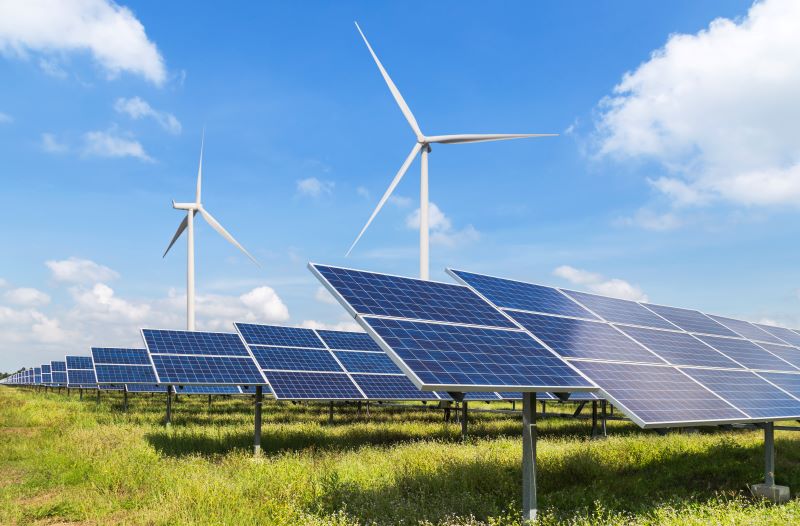