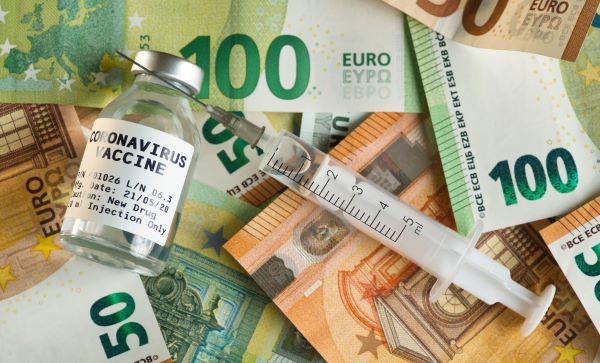 How Does the Market for Vaccines Work?
Anthony McDonnell
and
Flavio Toxvaerd
May 14, 2021

The benefits to expanded vaccination programs in low- and middle-income countries (LMICs) simply dwarf the cost. Rich countries should be donating more vaccines faster to poorer countries. It is difficult to think of a more urgent global priority and it is surely a best buy in international development. But does that mean that these vaccine donations should count as official development assistance (ODA)? That’s an active debate in the halls of the Development Assistance Committee, which set the rules on what counts as ODA. And I think the short answer is “that depends.”

ODA is officially defined as government flows to multilateral institutions and LMICs that “is administered with the promotion of the economic development and welfare of developing countries as its main objective,” and which comes with a significant grant element. It isn’t meant to capture every rich government expenditure that has benefits for developing countries. Take the Global Positioning System used by people worldwide to find out where they are and precisely what time it is—the satellites and equipment that make it up are a fantastic global public good financed by the US military. It doesn’t count as ODA. The vast majority of rich world government-financed research and development spending, even if it develops products and services that end up primarily used in developing countries, doesn’t count as ODA. That’s because ODA has to be spent with the main objective of the economic development and welfare of developing countries. (The initial main objective of the US military in funding satellite navigation systems was to better target nuclear weapons).

Take that test to COVID-19 vaccine donations. Some rich countries have donated money to COVAX, the international coalition working to ensure more equitable access to vaccines worldwide, with the money dedicated to buying vaccines for low and middle income economies. Although it is worth noting the benefits to rich countries of a comprehensive global vaccination effort funded solely by those countries would considerably outweigh its costs, it’s still reasonable to think such grants are administered with the promotion of the welfare of developing countries as their main objective and should probably count as ODA. If rich countries sign a bilateral contract with a vaccine manufacturer to produce vaccines and ship them to a developing country for use there, it should probably count as ODA, too.

But what about vaccines that rich countries contracted for their own use that they now want to donate to developing countries? Here things become more complex. Have a look at the UNICEF Vaccine Dashboard: Canada’s existing contracts with vaccine manufacturers have secured enough doses to vaccinate every Canadian six times. For the UK, that number is four times, and for the US, nearly two times. Buying massively more vaccines than they could ever use was an insurance strategy for these countries. They did it in case some of the vaccines they contracted for failed trials, or were less effective, or took a long time to manufacture. While creating a (global) public good in encouraging the ramp-up of development and production of vaccines, they did it out of self-interest, distinctly not with the promotion of the welfare of developing countries as their main objective. Indeed, by signing so many contracts, they also guaranteed that other countries which wanted vaccines would have to wait longer for them. On that basis, I don’t think surplus vaccine donations should count towards ODA.

There are exceptions, and plausibly a middle ground. Rich countries donating current vaccine supplies that they could use today (where there is delivery capacity, domestic demand and regulatory approval) are clearly acting out of more than immediate self-interest and might pass the “main objective” test. Any additional costs of diverting unwanted vaccines (including liability and transport) are probably legitimate ODA expenses.

Arguably, unwanted vaccines could be valued as ODA at something akin to their “market price.” But there isn’t a properly functioning market for COVID-19 vaccines right now. Any shadow price used to value vaccines under the circumstances should be the potential resale value to developing country recipients in the absence of rich world bilateral and multilateral purchases. Figuring out that price would be a complex modeling process, especially for vaccines rapidly heading toward expiration. It would likely produce a value considerably below that paid by the donor, but any other approach would reward those donors for their hoarding strategies which had absolutely nothing to do with taking into account the welfare of developing countries. And this is still a second-best solution to that which acknowledges doses purchased for risk mitigation in the global North don’t count as financing with the main objective of welfare in the global South.

To repeat: rich countries should be donating surplus vaccines to poorer countries, preferably through COVAX. And it is positively obscene that some rich countries are sitting on stockpiles of vaccines that don’t have regulatory approval or aren’t being used that might expire but could be used today in other countries where they are approved. Charge the transport and liability costs of sending those vaccines to developing countries as an ODA eligible expense. More important, send them today. But don’t make poor people pay twice for a rich country strategy of hogging the market for vaccines: first through delayed vaccine access and then through ODA diverted from other development priorities.