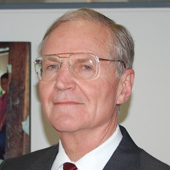 William R. Cline is a senior fellow emeritus at the Center for Global Development with a joint appointment at the Peter G. Peterson Institute for International Economics. His recent books include The United States as a Debtor Nation and Trade Policy and Global Poverty. He has been a senior fellow at the Peterson Institute since its inception in 1981. Previously he was senior fellow, the Brookings Institution (1973-81); deputy director of development and trade research, office of the assistant secretary for international affairs, US Treasury Department (1971-73); Ford Foundation visiting professor in Brazil (1970-71); and lecturer and assistant professor of economics at Princeton University (1967-70). During 1996-2001 while on leave from the Institute, Cline was deputy managing director and chief economist of the Institute of International Finance (IIF) in Washington, DC.

Another Volley in the Battle over Biofuels
July 10, 2008