To Flourish or Fizzle? How to Make Sure the IMF’s New Trust Doesn’t Miss Its Golden (and Green) Opportunity | Center for Global Development | Ideas to Action Skip to main content

To Flourish or Fizzle? How to Make Sure the IMF’s New Trust Doesn’t Miss Its Golden (and Green) Opportunity 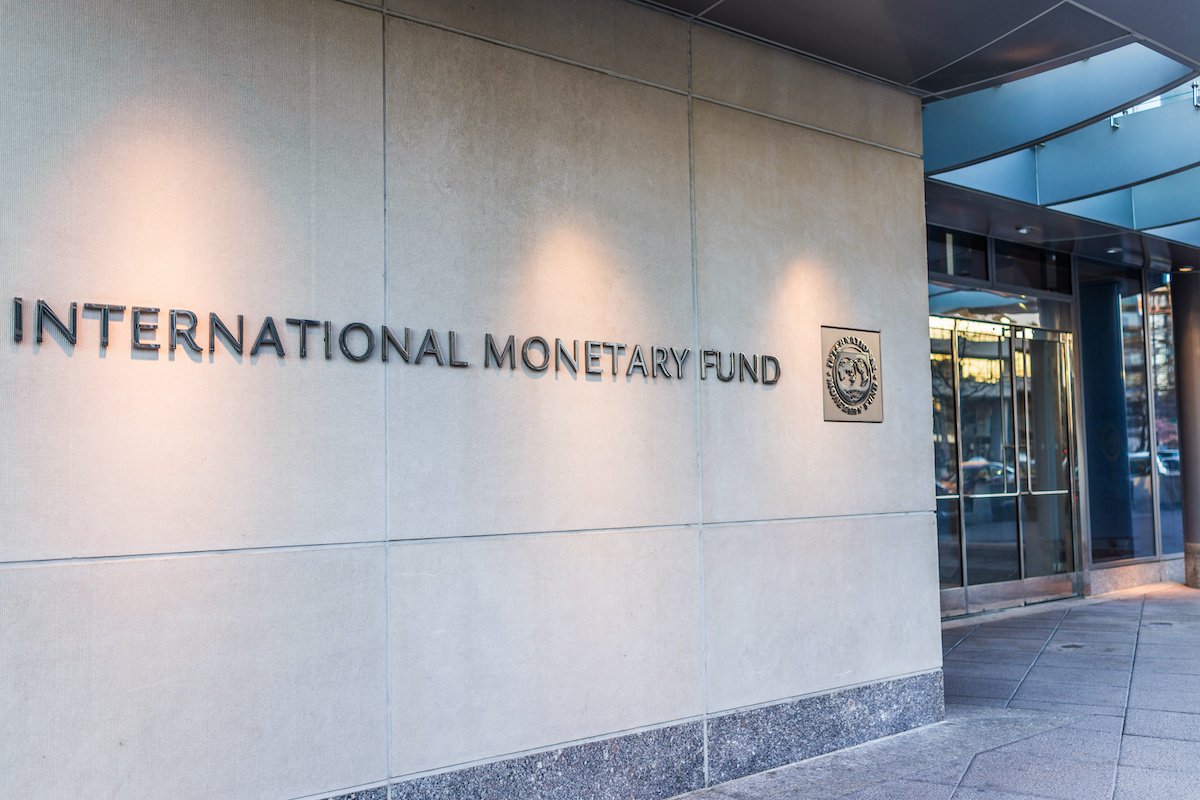 The IMF is on track to establish its new lending vehicle—the “Resilience and Sustainability Trust (RST)”—that aims to re-channel some $50 billion of newly allocated special drawing rights (SDRs) from rich to developing countries. But there is a catch: the proposed conditions for accessing funds could be too restrictive.

The IMF now has a golden opportunity to play a key role in the green transition, but unless it quickly reconsiders its current approach, the new trust may well fizzle out with too few countries seeking IMF support and too few SDRs being rechanneled to vulnerable countries. By contrast, success would mean helping—in a timely fashion and in the global interest—the many potential borrowers facing unprecedented challenges to tackle climate change and pandemics. At the same time, success means satisfying potential creditors (those holding excess SDRs) that loans will have adequate safeguards on their use.  To meet both these requirements, now is the time to rethink key design elements—along the lines suggested below—to ensure that the new trust will flourish, not fizzle.

Why is the design restrictive?

The IMF’s proposed conditions on access to RST resources may well lead to disappointment. The trust should be designed with the ambition to provide support to a majority of IMF member countries to help pursue the global public good of climate change mitigation as well as the local good of resilience through adaptation. The RST’s proposed eligibility criteria are a good start—some three-quarters of the IMF membership, covering all low-income, most middle-income, and vulnerable small states, could in principle access the trust. But in practice many fewer countries may meet the proposed qualifying criteria, especially that of having an IMF program in place

The potential stumbling block is that borrowers will be required to have a regular IMF program or a precautionary line of credit—for countries without an immediate balance-of-payments need—and loans will be released in tranches linked to policy conditions. (The demand for such “upper credit tranche conditionality,” to use the jargon, has become something of a mantra.) Such restrictions are aimed to meet the legitimate concerns of creditors for safeguards on their on-lending of SDRs through the new trust. In particular, they would prevent “facility shopping” where countries with traditional balance-of-payments problems—caused, for example, by excess spending, insufficient tax revenue, or an overvalued exchange rate—could draw on the new trust resources instead of requesting an IMF program. Finding a better way to establish qualifying criteria and loan conditions that will satisfy creditors without putting off borrowers—the “Goldilocks” degree of conditionality—requires recognizing that the trust should meet a more urgent and ambitious need than now imagined.

Why is a more ambitious scope needed?

The safeguards now envisaged risk an outcome where few countries apply for the loans, support from contributors diminishes, and, ultimately, the trust will have too little impact on global resilience through climate change mitigation and adaptation. Why is this unsatisfactory?

First, the trust should facilitate much greater transparency and coherence of the economic policies that underlie the pledges that countries have made to mitigate and adapt to climate change. There is a huge lacuna in the present architecture of international cooperation—there is no formal framework for governments to explain to their own population and to the international community the economic policies they intend to take, and the timing of them, to meet the various pledges they have made under the Paris climate and other accords. Moreover, there is no regular mechanism to monitor agreed actions and ensure economic policy coherence both within and across countries. The IMF, with its unique global reach, can help countries fill this gap. Under a proposal we made earlier, each country would prepare and discuss with the IMF its own policy statement that would set out (i) the economic policies required to meet its Nationally Determined Contributions (NDCs) and National Adaptation Plans (NAPs), and related pledges on biodiversity and desertification; (ii) the policy response to the spillover effects if the rest of the world meets—or does not meet—its pledges to mitigate and adapt; and (iii) the economic consequences under these various scenarios. Publication of these statements would foster accountability though discussion of needed policy action in parliaments and civil society; and facilitate monitoring of implementation. By reducing the uncertainties that arise from the present lack of clarity and action, such heightened transparency and accountability would give assurance to potential official financiers and help catalyze the trillions of dollars of private sector investment needed to restructure the global economy. While the richer and larger economies could discuss their resilience plans in the context of IMF Article IV surveillance and take action and attract sufficient financing without potential balance-of-payments need, most RST-eligible countries face such a need and would benefit from the trust’s additional role as a catalyst for finance and a means to monitor policy progress.

Second, the urgent need to accelerate climate policy action requires that the IMF recalibrate its risk assessment in launching the RST, focusing more on risk of climate inaction rather than that of nonrepayment. By insisting on an accompanying upper credit tranche program, the IMF is focusing too heavily on the risks of nonpayment (even after the envisaged maturity of some two decades), or on the risks of delays in tackling traditional balance-of-payments problems, missing the point that such an approach itself risks much greater dangers by impeding needed climate action. A global failure in the next few years to act on climate change mitigation and adaptation—rather than keep making non-monitorable commitments—will be enormously costly as each new IPCC report  makes clear. There is a plausible chance of catastrophic and irreversible damage if, as seems likely, global warming is not kept to under 1.5 degrees Celsius. With this prospect, the IMF should keep in check its parochial concerns without ignoring them and focus on playing its full part in reducing the much greater risk to the global economy and planet, in line with the urgent UN call for “all hands on deck.”

Third, the trust should be designed to ensure a global as well as a local impact, by focusing on mitigation and other global public goods as well as on resilience of individual economies. To achieve this, the conditions placed on the trust’s financial support should reflect the desirable policy response of the roughly 140 eligible countries. The vast majority of them—all but the richest or largest—face potential balance-of-payments problems as they help mitigate and confront the enormous shock of climate change, energy transition, and consequent economic restructuring. Since, as argued above, these risks can be lessened by clear transparency and accountability of the policy response to give confidence to investors, it makes sense to set conditions on achieving such transparency. In addition, countries will design different policies to meet their specific pledges. Some of these conditions fall within the IMF’s area of responsibility, and could be set and monitored as part of a program supported by the trust. Examples could include carbon pricing initiatives, reductions in energy and agricultural subsidies, expenditure to compensate those most affected by mitigation and adaptation measures, default tax on methane emissions, and financial sector regulations.

How can this ambition be met while providing adequate safeguards?

Trust conditions should be set to meet these ambitious purposes, while ensuring adequate safeguards. Here is a possible way forward:

This proposal allows for phased and conditional tranches (the so-called “upper credit tranche conditionality”) while encouraging as many countries as possible to avail themselves of trust support. In so doing, the trust can be a much-needed catalyst for accelerated policy action and for financing from the private sector and other official sources that will benefit not only the recipient country but also contribute to a vital global public good. Moreover, capping at only 25 percent of quota the amount that countries with immediate balance-of-payments problems could draw under the trust would effectively close off the incentive to delay seeking a regular IMF program.

Allowing a majority of IMF member countries to access at least some RST resources without requiring a regular program is an opportunity to reduce the stigma attached to approaching the IMF for support. Moreover, while at first glance the $50 billion initially considered for the trust appears modest when spread over so many countries—representing only about 20-25 percent of the quotas of likely eligible countries—this ignores the possibility that if the trust is successful, more SDRs could be rechanneled voluntarily.  Countries with an excess of SDRs that lend to developing countries through the trust will end up with the holdings again—a “boomerang” effect—as the recipient country exchanges the SDRs for hard currency.  Success of the RST could therefore lead to a virtuous circle. Even without a new general SDR allocation, excess countries could continue to recycle their SDR holdings to the extent that they are increasingly comfortable with the benefits to the global economy of doing so.

The creation of the new trust with recycled SDRs is one bright spot at a time of vacillation and delay in transforming the general aspirations of the recent G20 and COP26 meetings to specific actions that tackle climate change and increase financing for developing countries. The IMF should seize this chance to allow its RST to flourish, not fizzle.

The author is grateful to David Andrews, Kathryn McPhail, Mark Plant, and Lucas Sala for comments on an earlier draft. All errors are the author’s alone.