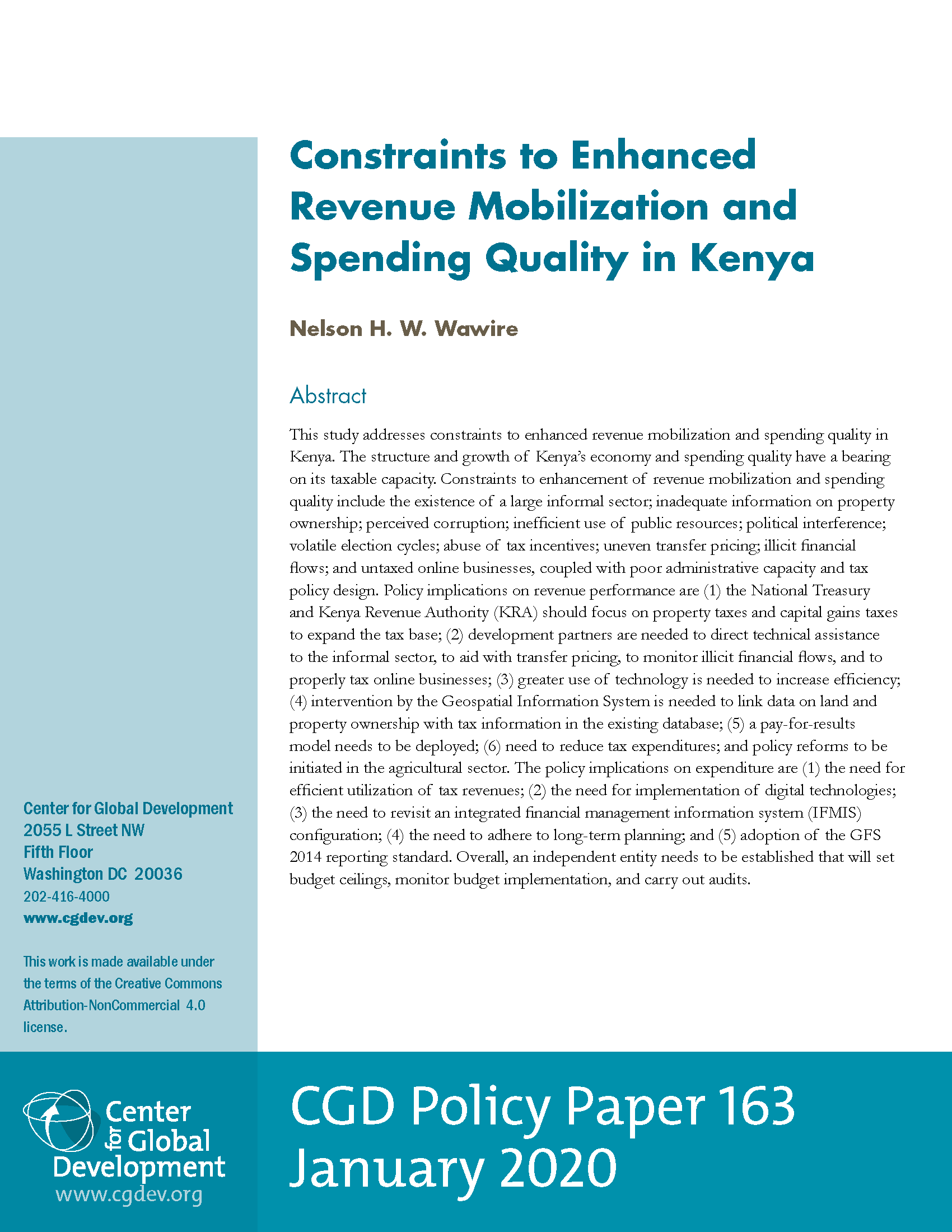 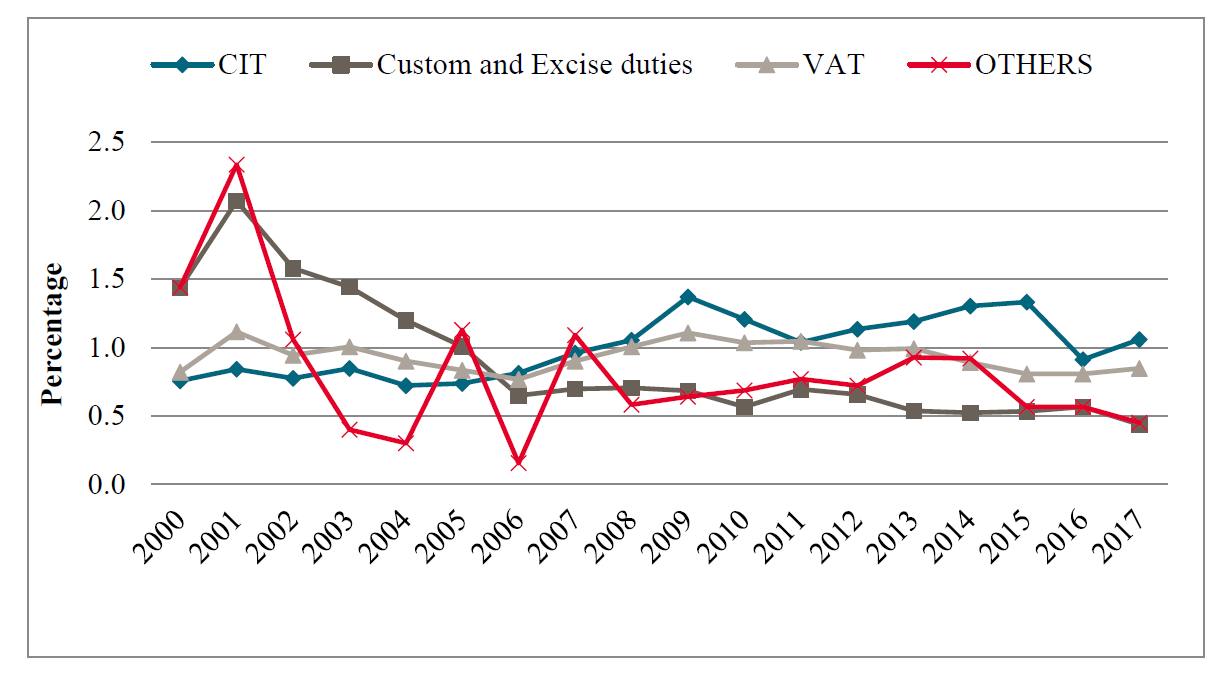 Senegal’s recent economic performance is impressive. For the first time, Senegal has achieved a GDP growth rate of more than 6 percent for three consecutive years (2015–2017), and per capita GDP has increased at an annual average of 4.1 percent. In parallel, progress in fiscal revenues has been recorded, with the ratio of average revenues to GDP increasing by 5.7 percentage points between 2000-2002 and 2014-2017, placing Senegal above the regional average of 15 percent.

Notwithstanding, the performance of the Senegalese tax system is limited by the country’s narrow tax base, largely attributable to a sizable informal sector. Despite accounting for more than half of GDP, Senegal’s informal sector makes up less than 3 percent of total tax collection. Revenue collection is also limited by the fast-growing array of exemptions, and by tax expenditures. These special dispensations mainly went to multinationals with local branches in Senegal. Tax expenditure more than doubled between 2010 and 2014, from18.4 percent of tax revenues and 3.4 percent of GDP to 40 percent of tax revenues and 7.8 percent of GDP. According to some estimates, the cumulative costs are close to 18 percent of annual GDP. Other factors deterring effective domestic resource mobilization include poor governance and the limited technical capacity of the tax administration, failures of the information system, and weak system transparency. Expenditures are often ineffective, particularly in the education and health sectors.

Improving the state of public finances requires reforms to strengthen technical and institutional capacities and to adapt the management framework in view of Senegal’s entry into the hydrocarbon era. This might include setting up a public finance monitoring committee, adopting new budgetary rules consistent with those set by the West African Economic and Monetary Union, building relevant tax administration capacities. On the expenditure front, actions are needed to improve the targeting of support programs for vulnerable groups, and to implement capacity-building programs for government officials in charge of project evaluation, including in the Planning Directorate and in technical ministries. Lastly, a systematic ex ante and ex post evaluation of public investments is needed.