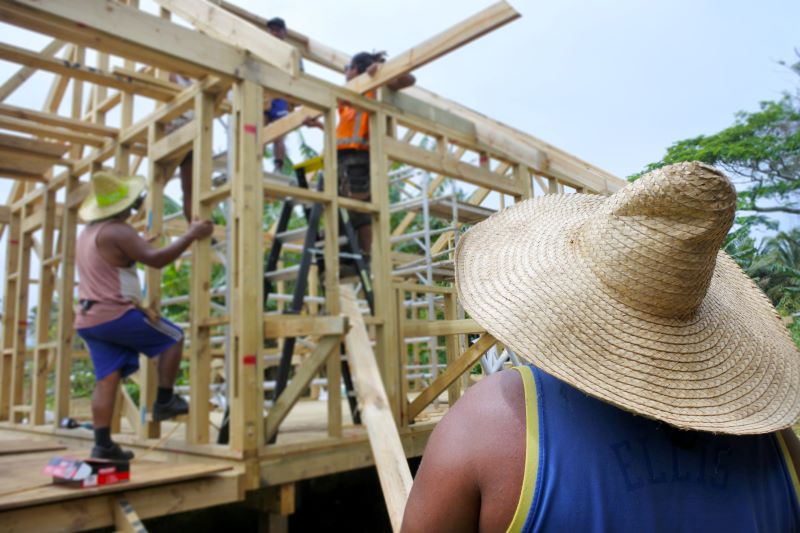 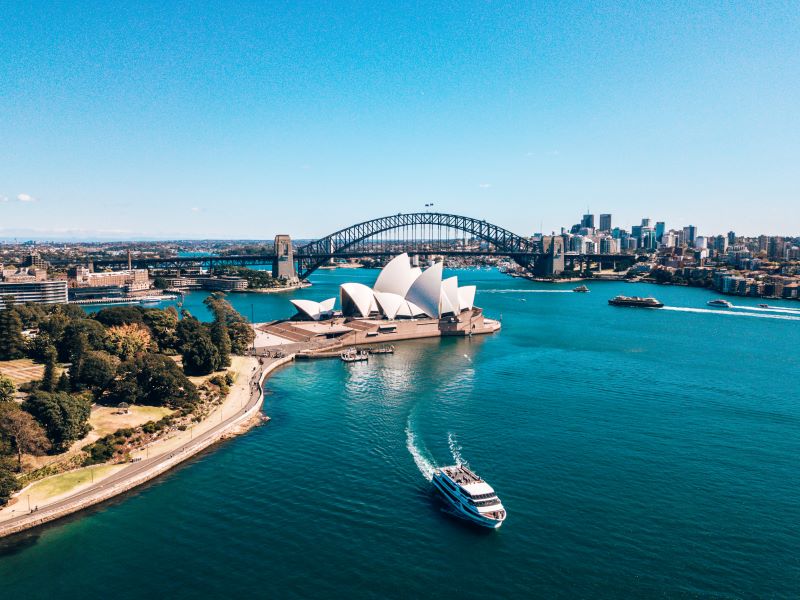 Turn on the news these days and you’re likely to be confronted with articles about worker shortages. Nurses, cooks, construction workers, accountants, care home employees, all seem to be in demand throughout high-income countries. Despite this need, these countries currently do very little to attract migrants with vocational skills, hoping that local workers, automation, and offshoring will reduce the need.

The Center for Global Development (CGD) recently published two studies that explore this dynamic in Australia. The first outlines the demand for these “mid”-skill workers in Australia through to 2050, finding a gap of two million roles unlikely to be automated or offshored. Those won’t be met through local labour supply unless Australians work at jobs below their skill level. The second study details how this vocationally-skilled migration could be facilitated from the Pacific Islands, through a new Pacific Skills Visa (PSV).

What does the demand for “mid”-skill workers look like?

An eternal frustration in calculating the demand for immigration is understanding what the gap truly is. It’s not enough to know the extent of the labour shortage, now and in the future: you also need to know how much of this labour shortage will be met by training local and how many roles will be automated or offshored. The difference could be considered the demand for migrant workers.

In our first paper, we built a simple model to distinguish between falling relative demand for some tasks that do not require a university education – those that are being automated or offshored – and those with stable relative demand. These we call fundamental workers, professions such as carers, carpenters, chefs, and hairdressers. We find a large gap between the demand for fundamental workers and local supply, reaching roughly two million by 2050.

Sustained economic growth requires highly educated workers, who in turn require fundamental workers to do their jobs. In a hospital room, for example, the surgeon works together with a nurse’s assistant, a building cleaner, a food service worker, and an electrician to bring the patient back to health. No hospital room could function without the labour of all of these, and other, workers.

If historic economic growth is to continue, the gap between demand and supply of fundamental workers will exceed one million slots in the labour force by roughly 15 years from now. This estimate takes into account trends in technological change (automation of vocationally-skilled roles) and trends in Australian’s educational choices (affecting the supply of local vocational skill).

Australian demand for fundamental workers is fairly constant, but the number of locals who have the qualifications for these roles is declining (figure 1): within a few years, more than half of all vocational-level work in Australia will be filled either by migrants or locals with more education than is needed to perform their jobs. Managed migration will be needed.

Where can Australia get these workers from?

In theory, Australia could get these workers from anywhere, but the greatest opportunities lie in the low- and middle-income nations of the Pacific Islands. These countries have long provided labour to Australia through seasonal agricultural programs. But the rates of migration remain very low; almost none of the work-based migration to Australia has come from the Pacific, at any level (figure 2).

This highlights a major opportunity. Nearly every Pacific Island country has a large and increasingly skilled youth population, but struggles to generate the quantity and quality of jobs needed. This population could be trained in skills in demand in Australia and other high-income nations across the Pacific Rim.

One benefit to training these workers in the Pacific is cost. In our second paper, we outline the costs of training for three “mid”-skill professions: accountants, computer science graduates, and chefs. These costs are all much lower within local Pacific institutions than in comparable centres in Australia and New Zealand, despite the quality of the final degree being similar.

How can this “mid”-skill migration be facilitated?

So how could these “mid”-skill workers be trained in the Pacific, and then have their migration facilitated to Australia? To date, Australia has relied on supporting graduates from their Australia Pacific Training Coalition (APTC), a vocational training institution operating throughout the Pacific Islands, to access the Pacific Labour Scheme (PLS). While the scheme is growing efforts have been slow and limited (total numbers remain low; just 2,537 people by the end of May this year), and are less preferable than a more market-driven scheme.

We outline such a scheme in our paper. The “Pacific Skills Visa” (PSV) is a regional application of CGD’s Global Skill Partnership model, combining investments in technical and vocational education and training (TVET) throughout the Pacific, with migration opportunities to the signatories of PACER Plus, a regional trade agreement. Effectively, it comes as close as possible to creating a single labour market between the countries of the Pacific.

Our proposal is to allow APTC graduates automatic access to the PSV, with the same access granted to accredited institutions throughout the Pacific Islands. This would encourage competition between these institutions to lift their standards, improving overall education quality.

Two other features distinguish the PSV from existing mobility schemes. Firstly, it would be open to all PACER Plus signatories, realising the commitment to “progressively liberalise the movement of natural persons among the Parties.” Secondly, unlike the APTC which hinges on an unsustainable financial pipeline (Australian aid funding), the PSV would rely upon a loan scheme (figure 3).

The design details of such a loan scheme, and other particulars of the PSV, would need to be developed through a working group made up of government actors, training institutions, employers, and migrant rights associations. The PSV could then be trialled through a three-year pilot which would then be evaluated.

The potential benefits of expanding “mid”-skill migration between the Pacific Islands and Australia are vast. Continuing long-term trends in prosperity for Australians will require roughly two million foreign-born fundamental workers in Australia by 2050. If properly facilitated, the youth population of the Pacific Islands could help meet this need, with these countries supported to improve their own training institutions and boost supply of skills at home, addressing fears of “brain drain”. All that remains is to create the enabling structures to make it happen.

The authors’ would like to acknowledge the generous support of the Australian Department of Foreign Affairs and Trade (DFAT) in the support of this work, as well as comments and feedback from attendees at two events organised by the Development Policy Centre: the Pacific Migration Research Workshop (June 2021) and “How to meet Australian demand for Pacific foreign vocational workers” (August 2020). 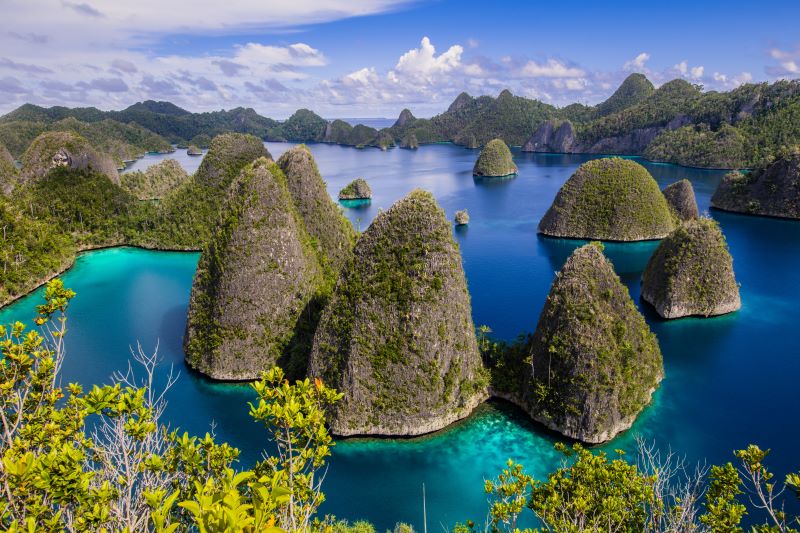 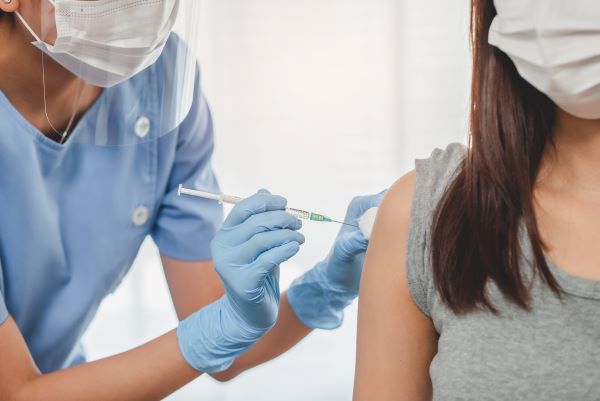 A Matter of Trust and Coordination: A COVID-19 Vaccination Certificate for Southeast Asia?
Azusa Sato
and
Anit Mukherjee
May 13, 2021