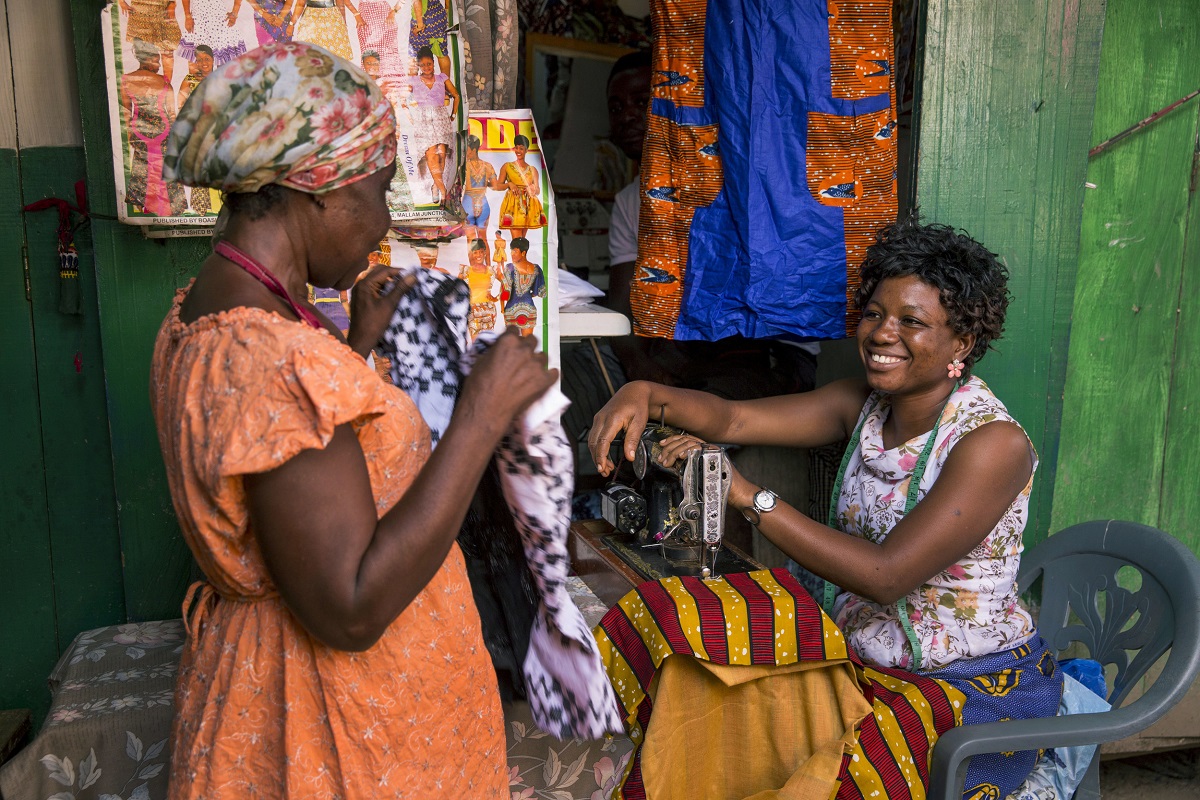 The Women’s Global Development and Prosperity Initiative (W-GDP) is only five months old, but it’s already talking about impact. White House advisor Ivanka Trump is pointing to the recent passage of a new marriage law in Cote d’Ivoire—which she encouraged during her April visit to the country—as an example of the potential impact W-GDP can have. She’s right to highlight the foundational role that the legal and policy environment has in shaping women’s economic participation; W-GDP should indeed seek opportunities to support and influence reform discussions. But notably absent from the US headlines around the news from Cote d’Ivoire are the perspectives of women’s rights groups and local policymakers—and their own efforts to advocate for and pass the new marriage law. The impact implications that Ms. Trump conveys merit further consideration as the ten US agencies joining together to implement W-GDP—from the US Agency for International Development, the Millennium Challenge Corporation (MCC), and the Overseas Private Investment Corporation (OPIC) to the Departments of State, Labor, and Commerce—turn their attention to thinking about how to measure the initiative’s results.

Grappling with policy impact isn’t easy. It’s hard to parse out the (often minor, always insufficient) role of external actors in policy reform. And reform supporters (donors and domestic stakeholders alike) who are keen to claim a “win” sometimes gloss over the critical need to distinguish between a change in written law and a change in people’s lived circumstances. A look at how the MCC has encouraged and tracked gender policy reform in partner countries provides some important lessons about how support for gender-related policy reform can work—and how W-GDP’s focus on impact could be strengthened further.

By way of background, W-GDP is an interagency effort focused on promoting women’s economic empowerment through US development assistance and diplomatic engagement. It has three pillars: (1) workforce development, vocational education, and skills training, (2) access to capital, markets, networks and mentors for women entrepreneurs, and (3) the removal of restrictive legal, regulatory, and cultural barriers. The initiative aims to reach 50 million women by 2025. This could be an ambitious, commendable target, but it depends a lot on the (to be determined) definition of “reach.” Will W-GDP define “reaching” 50 million women as ensuring they have access to quality jobs, increase their assets, and improve their control over how their income is spent, saved, and invested? Or will the initiative’s definition of “reach” default to easy-to-measure—but far less meaningful—metrics, such as how many women participate in training and mentorship programs, without accounting for whether and how these programs’ impact actual economic outcomes?

Questions of impact are even more difficult at a policy level. It’s often hard to identify the precise role of external support in the adoption of a new policy or legal reform (e.g., the removal of legal restrictions on the type of jobs women can do, or whether they need their husbands’ permission to work). After all, if done well, these reform efforts typically involve many actors—the most important of which are local. What’s more, tracing the linkages between a new law or policy and improvements in individuals’ lives can be even harder.

But understanding that more precise relationship is fundamental. Evidence suggests that, under the right conditions, legal and policy levers do make a difference in improving individuals’ outcomes. In Ethiopia, for example, the reform of the country’s family code increased women’s labor force participation.

A look at MCC’s engagement in gender policy reform

When considering how W-GDP can track its impact at the policy level, MCC may be a useful resource. Policy reform is at the heart of how MCC works—from how it selects countries to how it structures its investments. Here’s what this has looked like for two gender-related reforms, with attendant implications for how to approach them, and how to define and track impact.

First, we’ll go back to Cote d’Ivoire, which MCC often talks about as a strong example of the “MCC Effect.” The “MCC Effect” is the idea (underwhelmingly supported by evidence) that countries enact policy reforms in order to become more competitive for MCC funding (MCC relies on “country scorecards”—a series of 20 third-party policy indicators—to ensure that countries that benefit from the agency’s assistance meet a minimum standard when it comes to providing an enabling environment that allows for development progress.) Cote d’Ivoire has demonstrated one of the fastest, most sweeping rates of scorecard improvement in MCC’s history, going from passing just five indicators in FY2012 to 14 in FY2019. Much of that progress reflects Cote d’Ivoire’s emergence from civil war (post-2011) more than it does a particular drive for MCC eligibility. But the president of Cote d’Ivoire was focused on getting an MCC compact and set up a committee dedicated to becoming MCC-eligible. A core focus of the committee’s work was improving their performance on the Gender in the Economy indicator, a measure that includes 40 different questions from the World Bank’s Women, Business, and the Law initiative and captures whether women can equally access economic and legal institutions, own and use property, seek employment, and be protected from violence within a given country. The presidential committee’s efforts contributed to the passage of a revised family code which removed measures that prevented women from getting passports, choosing a job, and being the designated head of household in the same way that men could (a similar effort several years earlier had faced significant opposition).

This is an important outcome, but it’s a limited way to think about “effect.” After all, research shows that while donors’ use of indicators to motivate policy change may play a role in shaping policies, resulting reforms often respond more to the indicator itself—which may or may not address the underlying issues necessary to achieve meaningful reform. What’s missing is analysis of the extent to which these de facto changes brought real change to people’s lives. To understand that, it’s important to ask things like: are the new laws enforced? For that matter, were the old laws? Is enforcement uniform across geography and among groups of people? Do the new regulations address binding constraints to women’s economic empowerment, or will their impact depend on other issues being first (or simultaneously) addressed? To be clear, MCC isn’t on the hook for doing this deep analytical dive. The agency’s contribution to the new law was some policy dialogue and tying stakes to an indicator that highlighted this area as one for improvement; analyzing the effect of a new local law unrelated to its transport and secondary education-focused compact is well outside its scope. But it does suggest the need for more nuance in how MCC (and its stakeholders) talk about the “MCC Effect”— and for that matter, how W-GDP will think and talk about its own impact on policy.

MCC’s partnership with Lesotho may provide a more instructive example. In 2006, when MCC was developing a compact with Lesotho, one of the things that the agency’s Basotho counterparts identified was the need to change the legal status of married women (they were viewed as minors under the law). With an understanding that the impact of the compact’s private sector development project wouldn’t achieve optimal impact under the current legal framework, MCC conditioned its funding on a change to the law. This provided the leverage that helped empower the supporters of the reform in Lesotho to push it through. The passage of the Legal Capacity of Married Persons Act enabled married women to do things like enter into a contract and register land in their name that they previously would have needed a male relative’s permission to do.

In this instance, given that components of the compact were dependent on this legal change, MCC did track the implementation of the law, including its impact on the administration of land titles, strengthening of payment and settlement systems, and provision of credit services. The Lesotho example serves as a model for how W-GDP could seek opportunities—though its investments and its monitoring, evaluation, and learning framework—to look at links between legal/policy reform and tangible impact.

The Lesotho case offers two additional process points worth emphasizing. First, MCC’s involvement was informed by a process that looked at the particular binding constraints to economic activity in Lesotho; this helped ensure its relevance and critical sequencing in the context of other reforms. And second, like in Cote d’Ivoire, the reform was locally-initiated, with a strong local constituency.

So how can W-GDP draw on lessons from MCC and elsewhere to better use its investments and its indicators to support meaningful gender-related policy and legal reform?