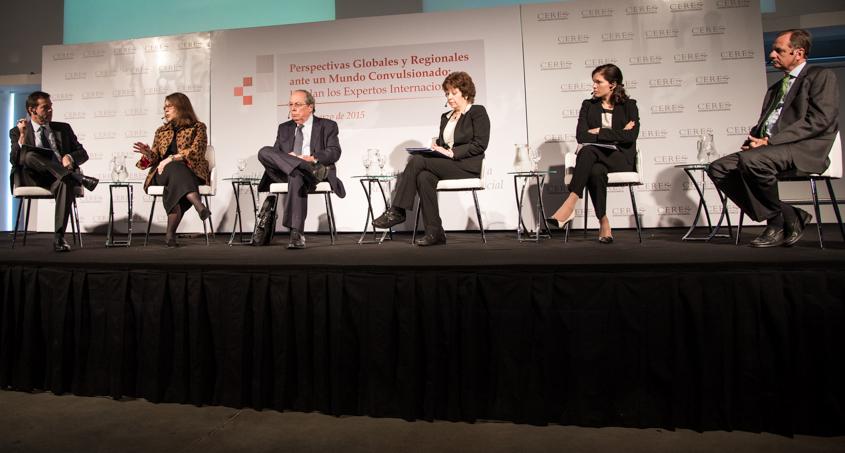 “Latin America is no exception regarding the adverse changes in emerging market conditions that have occurred since the US Fed began reducing Quantitative Easing (QE) in May 2013.” That’s the assessment of the Latin American Shadow Regulatory Committee (or CLAAF) in its latest statement. The Committee met in Uruguay last week and concluded that the likelihood of fresh trouble for the region in 2015 is high – with bad news arriving in waves.

In CLAAF’s view the first wave started with the Fed’s QE tapering and the Committee warned about the potential of a second wave of reduced international investors’ exposure and capital flows to emerging markets. Moreover, these waves seem to be associated with significant and persistent consequences that might complicate the effectiveness of monetary policy in the region.

The first wave of bad news was identified by the committee in its December 2013 statement. This wave put an end to the bonanza of 2004-2013 and was defined by the following external and domestic factors:

All of these factors have already had an impact on the region’s economies. Latin America and the Caribbean have suffered a sharp slowdown. Estimated growth dropped from a regional average of 4.5 percent in 2011 to a mere 1.2 percent in 2014.  Since commodity prices are not expected to recover any time soon, there is a persistent component in the deceleration of economic growth that, in turn, reinforces lower capital inflows and currency depreciations.

Now the committee has identified new risks that may generate a second wave of adverse effects for the region and for emerging markets in general. Specifically, this second wave would further decrease international investors’ exposure and capital flows to emerging markets. These risks might raise volatility and uncertainty even further. The most relevant risk factors are:

As with the first wave, the adverse shocks associated with this second wave would also be persistent, possibly compromising the effectiveness of monetary policies in the region. Specifically, a monetary policy based on short-term interest rate movements to temper the initial effects of a financial shock may lose effectiveness rapidly. In this sense, fiscal policies and measures to mitigate the effects of illiquidity and loss of access to international capital markets are needed. While gradual and credible fiscal adjustment would be appropriate for permanent negative shocks, international reserves could play a significant role– especially in economies with a high proportion of foreign-denominated debt–in addressing currency or maturity mismatches. Specifically, the committee recommends that reserves should be used mainly to facilitate foreign currency funding in critical sectors.

Finally, the committee cautions that the traditional International Monetary Fund (IMF) model of financial assistance combined with restructuring, whose contagion effects have been relatively contained in Europe, could have much more unpredictable results in emerging markets. In one scenario, risks of financial contagion might increase if new crises were to occur in emerging economies. This contrasts with Europe’s recent case of contained contagion effects, which can be traced to the ECB’s timely intervention and the Eurozone’s institutional strength.

The Committee is grateful to CERES, Uruguay’s most prestigious think tank for hosting the three-day deliberation. This and previous CLAAF statements are available in English, Spanish and Portuguese.  You can also subscribe to the Latin American Initiative in order to receive more timely and path-breaking research on the region!