The Future of Development – Digital Agriculture

The last 50 years have been marked by both the most dramatic reduction in income poverty the human race has ever seen and an explosion in the amount and quality of research on development. Yet enormous challenges remain: poverty reduction is slower—indeed, it will likely go into reverse in the wake of the COVID-19 pandemic; and those pockets of poverty that remain will face more difficult problems—of fragility, climate change, and social exclusion—than those we’ve made progress on to date.  The new CGD/Gui2de series, The Future of Development, aims to harness the lessons we’ve learnt from the progress of the last half century and the body of research to chart the way in addressing these challenges.

Michael Kremer opened the series by making the case for ‘Digital Agriculture’. Agriculture remains a major sector in many developing countries, and smallholder farming remains the main occupation for most people in many low-income countries. Michael argued that advances made in the last couple of decades have created substantial potential for improving the lives of these farmers. Things that were once time-consuming and costly to roll out at scale can now be done quickly and cheaply: providing information or advice to farmers, or consumers, for example; or making it easier for them to investigate failures in their supply chain. The benefits could be substantial, and Governments are showing interest.

The discussion was led by Margaret McMillan, whose central concern was that the process of development typically involves a shift away from agriculture towards manufacturing and services.  Furthermore, agricultural productivity in Africa has been rising.  But the problem is that most of the workers leaving agriculture end up working in the low-productivity informal sector. So what does a system of interventions that delivers small improvements to smallholders ultimately aim to achieve?

The discussion, moderated by Shanta, proceeded along these lines: the interventions are promising, but do they deliver transformational change? Michael argued that what makes the shift to manufacturing transformational is not intrinsic to manufacturing but, channeling Douglas Gollin, that its production has certain characteristics, such as learning-by-doing externalities—which may be replicated in other sectors. And while smallholder agriculture may not be that sector, the approach provided by digital agriculture might both foster improvements in other kinds of agriculture which might. In any case, whether or not smallholders are “the answer,” there are a lot of them, and will continue to be. Improving their welfare is not trivial.

Questions of improving human welfare will also be central to the next edition of The Future of Development, on February 5 at 1200 EST, when Pascaline Dupas and Jishnu Das discuss healthcare in developing countries. Please join us for what promises to be another great discussion. 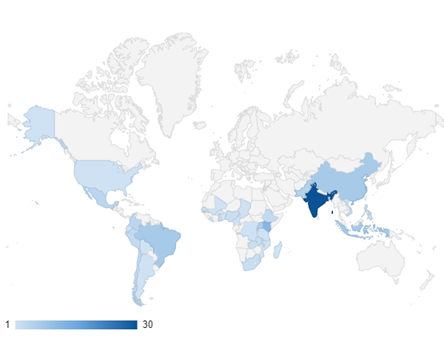