A Gender Lens on COVID-19: Investing in Nurses and Other Frontline Health Workers to Improve Health Systems | Center for Global Development | Ideas to Action Skip to main content

A Gender Lens on COVID-19: Investing in Nurses and Other Frontline Health Workers to Improve Health Systems 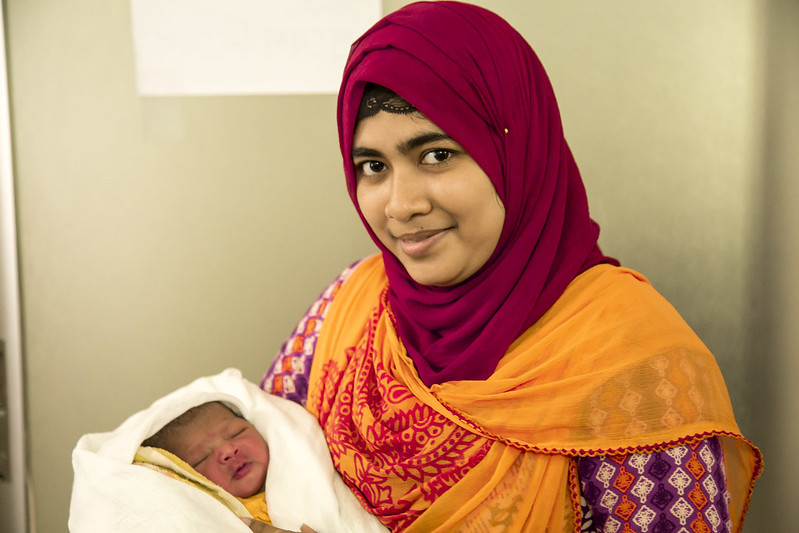 How a Gender Lens Can Mitigate Harm Caused by Pandemics
Megan O'Donnell
March 18, 2020

In a recent CGD blog post, Megan highlighted seven areas where long-run, gender-responsive thinking can help to insulate against the consequences of pandemics like COVID-19 and their disproportionate impacts on women and girls. Here we take a deeper dive into one of those areas: the promotion of a gender-equal global health workforce in which the occupations where women predominate, such as nursing and community health work, are valued, prioritized, and properly resourced.

Worldwide, women make up anywhere from 65 percent (Africa) to 86 percent (Americas) of the nursing workforce. Their jobs are critical to the health, safety, and security of communities on any given day, and particularly in times of a global pandemic. And yet, more obviously now than ever before, we face a global nursing shortage. To address this critical short fall and ensure sufficient numbers and distribution of health workers to provide both emergency and routine care in time of crisis, governments need to increase and improve their long-term investment in nurses, including by addressing gender gaps in the health workforce.

The WHO estimates that the world will need an additional 9 million nurses and midwives by 2030 to meet Sustainable Development Goal 3 (“Ensure healthy lives and promote well-being for all at all ages”), mostly in Africa and Southeast Asia. Eighty-three countries currently do not meet the basic threshold for health workers (to ensure a supply that meets the population’s needs) at 23 skilled professionals per 10,000 people, with more countries predicted to dip below that threshold as demands on health systems increase.

Some high-income countries also face health worker shortages. There are an estimated 44,000 nursing vacancies in the United Kingdom, for example, predicted to increase to 100,000 within a decade absent intervention. As proposed by CGD colleagues, this presents an opportunity for partnerships between high- and low-/middle-income countries that could provide critical skills to new health workers, filling vacancies in high-income countries through labor mobility while preventing “brain drain” by allowing other newly trained workers to stay and work in their home countries. Partnerships of this sort are already in place between Belgium and Morocco, Germany and Kosovo, and Australia and a number of Pacific countries, and could be replicated elsewhere.

Addressing health workforce shortages through innovative solutions such as the Global Skills Partnerships is critical, because such shortages in medical personnel have significant consequences. Following the Ebola outbreak in West Africa, a reduced health workforce due to health worker mortality was estimated to increase maternal, infant, and under-5 mortality. For example, in Guinea, Liberia, and Sierra Leone, losses of about 80 doctors, nurses, and midwives in each country translated into increases in maternal mortality ranging from 35 percent (Guinea) to 111 percent (Liberia) relative to pre-Ebola figures.

Increased investments in nurses and other frontline health workers are needed to strengthen fragile health systems, ensuring that in times of crisis the health workforce is large enough and well-supported to address both new needs and consistent ones, like providing care for women before, during, and after childbirth and providing access to contraception. To do this properly, among other priorities, we’ll need to acknowledge and engage with discriminatory gender norms that hold women in healthcare back from economic advancement and in turn limit the strength of health systems globally. Innovative solutions like Global Skills Partnerships will need to consider the gender gaps in the health (and broader) workforce to ensure policy solutions have equitable, maximized impact.

Here’s what we know about those gaps. In 2019, IntraHealth International, Nursing Now, and Johnson & Johnson launched a report on gender-related barriers to nurse leadership worldwide, drawing from results of a survey of 2,537 nurses from 117 countries and key informant interviews. The data showed that, in spite of the critical role they assume, nurses are routinely perceived as lacking competence, performing low-skill tasks, and working out of altruistic and caring tendencies. Many nurses face barriers to increased leadership opportunities and decision-making power. Though women make up the vast majority of the nursing workforce worldwide, within nursing, there is a glass escalator favoring men for promotion and leadership positions.

These challenges boil down to the gendered nature of nursing as a profession; as a “woman’s job,” and one that centers on providing care, it’s worth less (as valued by the job market). Overall, an average gender pay gap of around 28 percent exists in the health workforce. Even after controlling for occupation and working hours, the gap remains at 11 percent. This underlying mentality hurts women and our healthcare systems, and underinvestment holds systems back from preparedness in times of crisis.

The health sector is not alone in devaluing women’s work; this occurs across industries and professions wherever women are in the majority, even if the profession was once majority men. Even when they require similar levels of education, skills, and experience, jobs where men predominate are more highly compensated: IT managers earn 27 percent more on average than human resources managers, and janitors earn 22 percent more than maids and housecleaners. We know less about specific compensation gaps in low- and middle-income country contexts, but do have evidence that sectors where women predominate (e.g., textiles, hairdressing) are less lucrative than those where men do (e.g., construction, automotive repair). And the reverse is also true: when men in computer programming, once considered a “woman’s job,” began to outnumber women, the profession shot up in earnings and gained more prestige. Men’s aversion to seeking positions where women predominate cuts the potential candidate pool in half, a market distortion that prevents wages from rising, as does the gendered belief that these jobs require less valuable skills or expertise.

All hands must now be on deck to mitigate the consequences of the COVID-19 pandemic, but the current strain on the global healthcare system must serve as a wake-up call to spur longer-term action. This lesson was unfortunately not fully absorbed and acted upon in the aftermath of Ebola: Liberia and Guinea, even in setting targets to expand their health workforce numbers post-Ebola, fell far short of international benchmarks for health worker-to-population density targets.

With at least 2,600 health workers infected in Italy (8.3 percent of all infections), the risk of facility collapse is growing. Investing heavily in the health workforce, as a matter of routine, is paramount to global safety and security. A sustained and robust health workforce is not just a part of an emergency response in times of crisis, but the foundation of a healthy and resilient society.