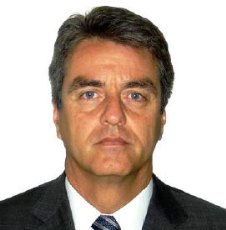 My guest on this week’s Wonkcast is Roberto Azevedo, the permanent representative of Brazil at the World Trade Organization (WTO) and one of nine candidates to be the next Director General (DG) of the WTO. Ambassador Azevedo has spent more than 15 years involved with the WTO and tells me his deep experience qualifies him to lead it into the future.

“To lead the WTO, you need to be a DG that operates at both the negotiating table level and also at the political and strategic level, and I have been doing this since 1997,” he says. “I believe I know the problems, I know the history of the negotiations and the sensitivities, and what we need now is leadership that is familiar with the problems of the organization, and can find solutions.”

Ambassador Azevedo’s agenda for the WTO focuses on three pillars – the first being the implementation of existing agreements. He tells me this WTO function keeps the trade system running smoothly and is one of the most important aspects of the organization because it ensures members are complying with their obligations and provides a forum for them to exchange differing views.

The second pillar is the WTO’s mechanism for resolving trade disputes and disagreements among member countries. Azevedo has voluntarily sat on adjudication panels three times, and tells me the system is effective and satisfactory.

The final pillar takes into account the evolution of the WTO, and what to do about the stalled Doha Development Round of trade talks, which has notoriously failed at reaching a consensus among member countries. I ask Ambassador Azevedo: should the WTO fix the Doha round or bury it?

“I don’t think burying it is an option. It’s going to be there, and if we want to move on with the organization, we need to find a solution for it,” he says. “I don’t think we should be discouraged. Is it going to be difficult and complex? Yes, but it can’t be any other way.”

In order to move forward with the Doha round, Ambassador Azevedo tells me the members have to inject confidence and trust into the system by identifying a small number of issues that could be agreed upon. He says the members are likely to find consensus on trade facilitation – the procedures and controls governing the movement of goods across national borders.

I ask Ambassador Azevedo what his views are, as the permanent representative of a large trading power such as Brazil, on the dynamics between larger countries like his own and smaller, least developed economies.

“I think the larger economies are very sensitive to the least developed economies, and they have been acting in a way which tries to push an agenda that helps the least developed countries,” Ambassador Azevedo says.  “What we have today is a WTO with almost 160 countries of various shapes, sizes, and levels of development. What we have to do is find a dynamic of negotiations that accommodates all of them. We need to figure out how to have everyone interact in a positive and constructive way.”

Looking past Doha, I ask Ambassador Azevedo if the WTO has a future role in trade-related aspects of county efforts to slow climate change, for example, in ruling on the acceptability of countries that price carbon imposing border tax adjustments on imports from counties that do not. The answer is complex, Ambassador Azevedo says.

“The problem is figuring out how to impose border adjustments which will address climate change and (yet) not distort demand and competition among WTO members—and how to do it in a way which does not become veiled protectionism. It’s extremely complex to do it in a non-discriminatory way,” he explains.

While Ambassador Azevedo noted his interest in addressing climate issues within the WTO, he emphasizes that unlocking the Doha Round may be the most important task for the organization.

The full interview is available above. This is the fifth in a planned series of Wonkcasts with candidates to become the next director general of the WTO. To learn when new interviews are posted, sign up for our weekly Development Update.

My thanks to Alex Gordon for editing the Wonkcast and providing a draft of this blog post.

Blog Post
The WTO and Development—CGD Talks with the Candidates for...
Mark Plant