To Make Aid Data Truly Transparent, Publication Is Only the First Step

To what extent have aid agencies delivered on their commitments to transparency? How do these agencies’ transparency efforts compare to one another? And beyond mere publication, what else needs to be done to make sure that available data is put to good use? These were just some of the questions addressed when CGD co-hosted Aid Agencies Committed to Transparency: So Who’s Delivered and Who Hasn’t? with Publish What You Fund. At the event PWYF revealed its 2016 Aid Transparency Index, which shows that around 25% of aid is now transparent – an improvement on past performance but still a figure that needs to be much higher. Overall, the discussion underscored that genuine transparency extends far beyond putting a slew of documents up on a donor website. Data must also be results-oriented, timely, easily accessible to the public, and sex-disaggregated, so that donors themselves and external stakeholders can better track the impacts of aid programs.

The event began with a keynote address by United Nations Development Program (UNDP) Administrator Helen Clark, who focused her remarks on the importance of transparency and the concrete ways of achieving it. Administrator Clark explained that transparency improves country ownership and accountability; when national governments and individual citizens can track how aid money is being allocated, they are better able to play a meaningful role in the development process.

What’s it going to take to achieve genuine transparency? Among other things, Administrator Clark pointed to the need to use new technologies to capture and convey data, as well as the need for a broader cultural shift – one that has already made transparency a “virtue” and “priority” at UNDP – and has allowed the agency to top the Aid Transparency Index rankings for the second year running. 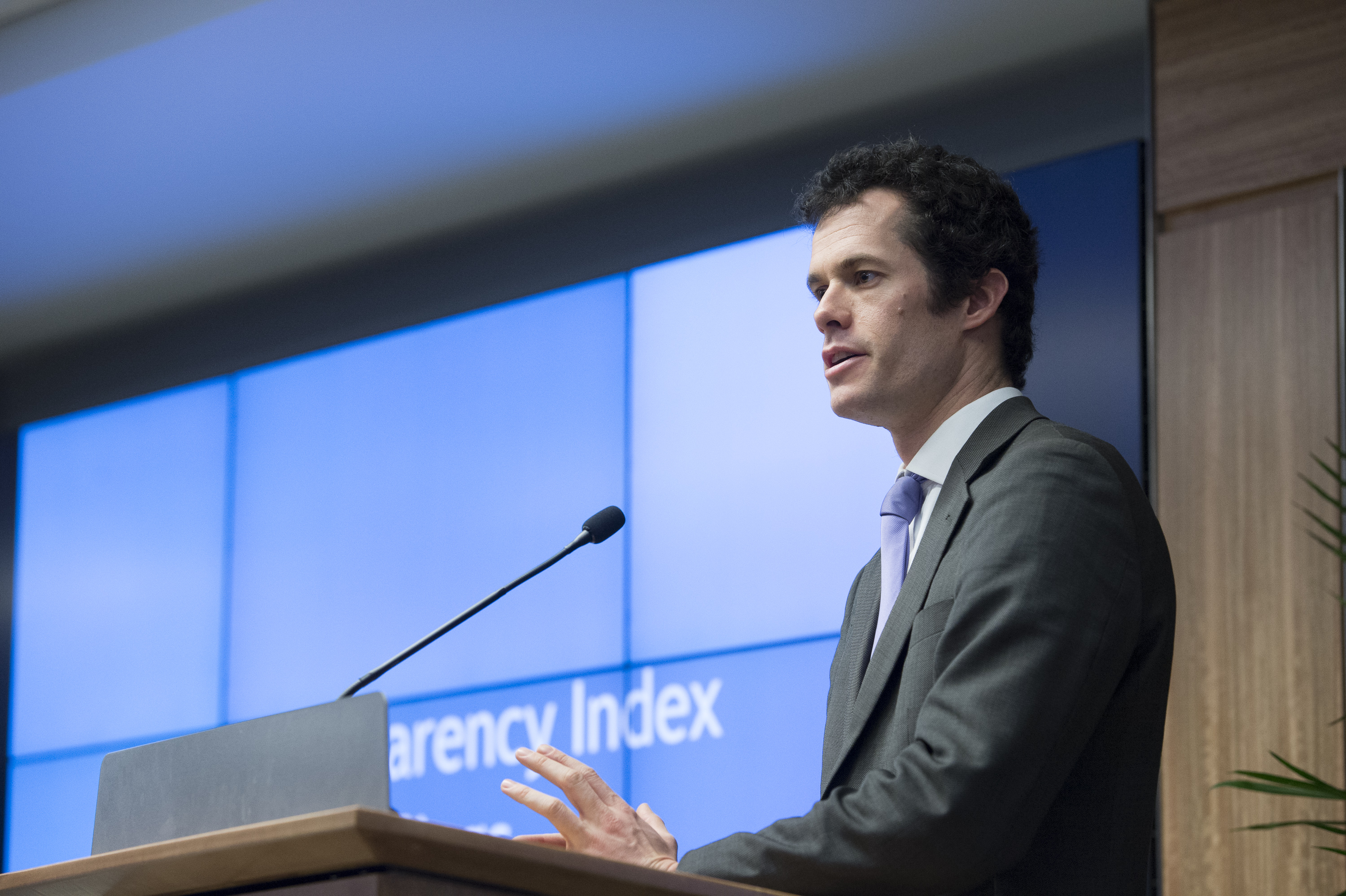 Publish What You Fund CEO Rupert Simons then presented the overall rankings from the 2016 Index. After examining 46 agencies, in 22 countries, using 39 separate indicators, Publish What You Fund’s findings were optimistic but still mindful of the room for improvement. As Simons explained, aid is getting more transparent, but the majority of donors are still underperforming. And he emphasized, beyond the donors the index currently evaluates, humanitarian organizations, as well as climate change-related and private sector financing, need to become more transparent. 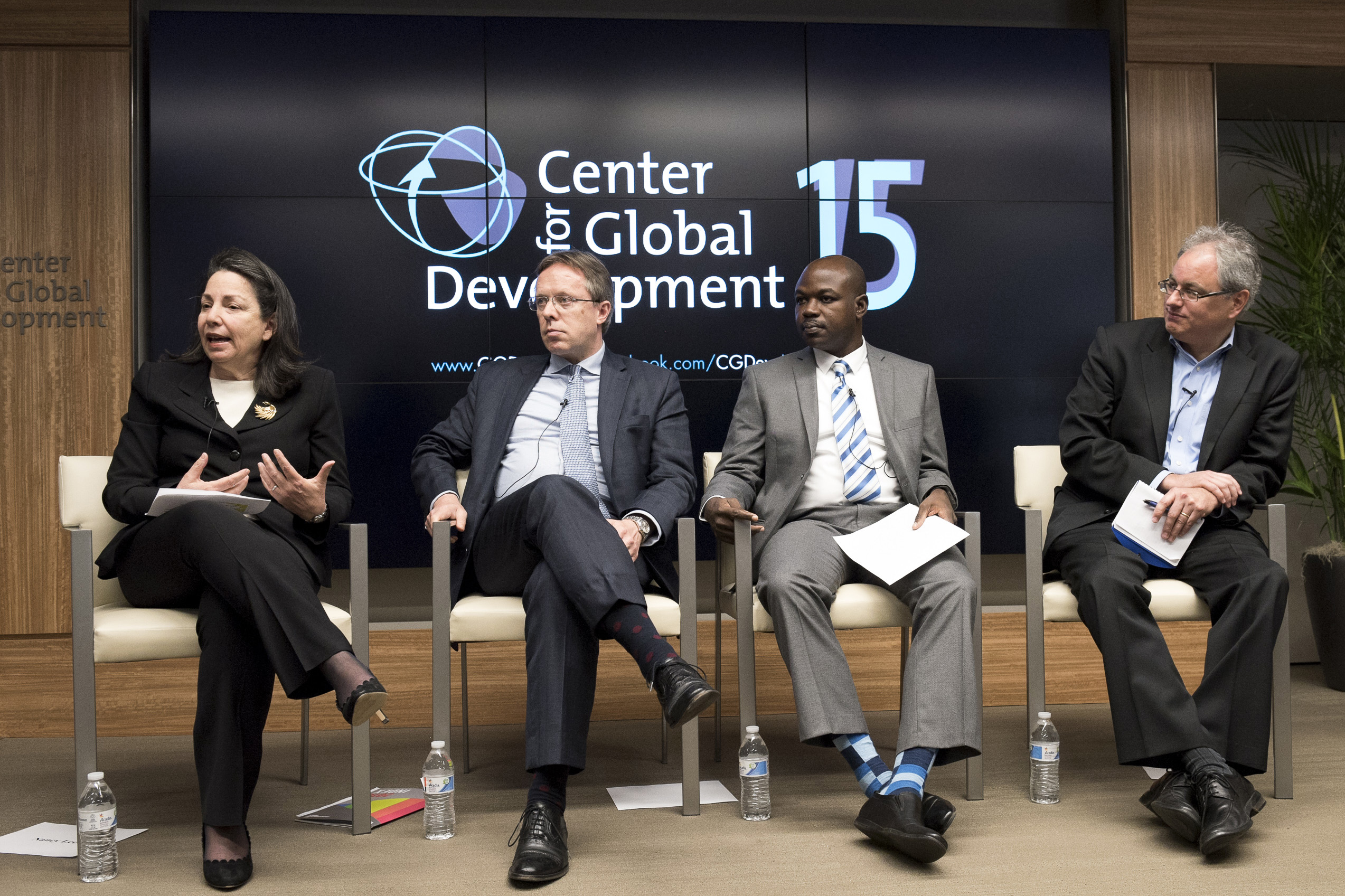 During the panel discussion that followed, Nancy Lee, the Deputy CEO of the Millennium Challenge Corporation, explained how MCC has prioritized transparency (and in doing so has achieved second place in the Index’s 2016 rankings) – particularly by equipping country partners to carry out their own data collection. Lee highlighted the need for future data collection efforts to be focused on outcomes, not just processes, and for increased sex-disaggregated data, which can provide a lens into the different constraints women and men face and the different, gendered impacts of aid programs as a result.

Michael O’Neill, Assistant Administrator at the UNDP, asserted the importance of both competition and collaboration in the context of aid transparency; agencies should aspire to improve their own standing in transparency rankings, but also work together to improve data collection and publication efforts. O’Neill then discussed the practical uses of published data, which he explained not only helps donors to improve their internal processes, but can also be provided to outside partners to inform the design and implementation of their programs.

Jeremiah Sam, Program Coordinator at PenPlusBytes in Ghana, provided the perspective of an in-country data advocate generating demand for transparency; PenPlusBytes is the leading institution for promoting effective governance using technology in Africa. Sam stressed the importance of making data available in real time, instead of once aid projects conclude, so that in-country stakeholders have the ability to track progress and crack down on any ongoing corruption or misallocations of funds as they occur, rather than once it’s too late.

Finally, CGD Senior Fellow Charles Kenny suggested how agencies can work toward making the data they publish more user-friendly. Pointing to the example of Slovakia, where the national government publishes all of its contracts, Kenny explained that Transparency International helped make a cumbersome amount of documents accessible, through a website attracting a broader array of users and increasing accountability. Kenny, as an author of the CGD policy paper Do the Results Match the Rhetoric? : An Examination of World Bank Gender Projects, also pointed to the importance of gender data, and especially the need for aid agencies to incorporate gender-related indicators (focused on results) into their regular tracking of projects.

A Quarter of Aid Is Transparent – What About the Rest? CGD Podcast with Rupert Simons of Publish What You Fund

The discussion made it clear: transparency benefits development, and while meaningful progress has been made, there are still a whole host of ways to improve transparency efforts by aid agencies (and other development actors) going forward. To learn more, tune in here to watch the full event, and check out Director of CGD Europe Owen Barder’s most recent blog post for additional recommendations for a path forward.