January 24, 2011
After writing a rather optimistic blog about progress against corruption in health, I received a link from Karen Grépin to a troubling news story from AP about corruption involving the Global Fund Against Aids TB and Malaria (Global Fund). When I read the story, though, it didn’t contradict my previous blog. Rather, it demonstrated why it is so difficult for us to have serious discussions about corruption in global health aid. To be gripping, headlines and articles tend toward the dramatic side of any story with a strong temptation to exaggerate. Yet, the true dimensions of corruption are rarely known because we only hear about the few programs that report problems. So how are we to know what’s really going on? First, let’s look at the exaggerations.  To begin with, the AP story implies this is new information; but the Global Fund itself already publicly disclosed all the reported cases last year. To make the story sound timely, the lead sentence informs the reader that AP “learned” about these cases yesterday…should they really admit that? Then, the lead gives us two figures and a small, but critical adjective. The funds involved are $21.7 billion (MASSIVE!) and the share of corruption is two-thirds (MASSIVE!) of… (here’s the key adjective) …some grants. Oh, two-thirds of some grants. Well, how big were those grants? Time for George Carlin’s joke about “JUMBO shrimp.” The two-thirds share applies only to two grants totaling about $10 million in Mauritania and these are the most extreme cases reported in the article. In its press release, the Global Fund provides a more appropriate way of gauging the overall scale of corruption, noting that they’ve uncovered $34 million of fraud out of total disbursements of $13 billion—about 0.3%. I suspect Wall Street would be envious of such low levels of fraud and abuse. But once we get past the exaggerations, we are still left with a very difficult question. While readers might finish the AP article mistakenly thinking that $14 billion has been stolen (that is, two-thirds of $21.7 billion), it would also be a mistake to read the Global Fund press release and believe that only $34 million is gone. What we’re missing is a way to assess how representative these cases may be. If the Global Fund’s detection system is 100% effective, then these cases are isolated and it is a tiny problem. If the detection system only picks up 50% of cases, then instead of a tiny problem, we’ve got a small one. But if the detection system only finds 5% of cases then—despite the mistaken deduction from the AP article—we really would have a massive billion-dollar corruption problem. The Global Fund should be praised, not slammed, for its investigations and for its openness. But, it also needs to be challenged to find a way to estimate how representative these cases may be. This is not exclusively a problem of the Global Fund. Carefully reading the anti-corruption reports of any international aid agency is bound to uncover some truthful but troublesome phrases like this one from the 2010 Annual Report of the World Bank’s Integrity Vice Presidency (INT): The number of cases INT opens in a region does not directly correlate with greater fraud and corruption risks. Rather the statistic indicates where allegations have been reported, which in turn reflects where INT has been most active over the years. (Page 7) When agencies begin to open new cases in ways that are correlated with corruption risks, they’ll start having a better way to respond to accusations of “MASSIVE FRAUD ( … in some programs).”

Achieving More Health for the Money 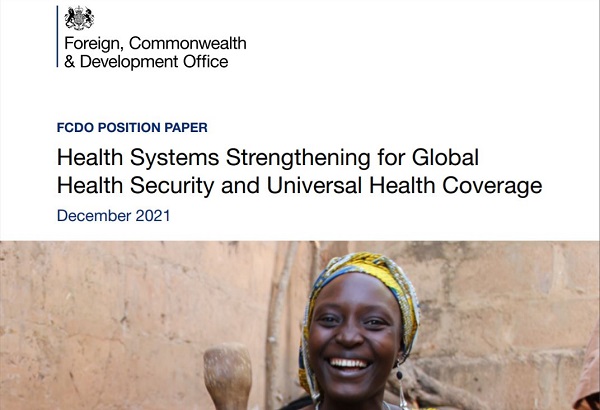