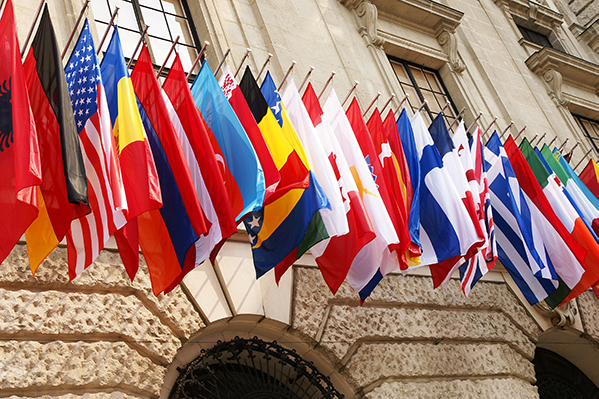 The OECD’s Development Assistance Committee (DAC) recently released a new set of rules for how it will record debt relief as official development assistance (ODA). That document is intended to resolve how DAC members deal with debt write-offs following the “modernisation of ODA.” Previously, loans were measured on a flow basis: disbursement counted as ODA, and repayments counted as negative ODA. Now, the subsidy element, or “grant equivalent” of a loan, is counted upfront, and no future repayments are deducted. In principle, this allowed a fairer comparison between loans and grants, and meant ODA wasn’t affected by decisions from years in the past. But it also threw up challenges, including how to score debt relief.

This blog briefly describes the new rules for debt relief, and four features that may not satisfy critics of the new system. In short, some aspects are counterintuitive and look much more generous to donors than the old system, perhaps confirming the fears of some civil society organisations, creating a greater incentive to provide loans instead of grants, and rescheduling, rather than forgiving debt. In the coming weeks, CGD will publish a more detailed look at the new rules.

The measurement of ODA loans under the old system was simple: flows of capital from donors to recipients counted positively, and repayments of capital counted negatively. Interest payments were ignored (although interest rates had to be low enough to meet a concessionality threshold, i.e. the subsidy element had to be over 25 percent of the face value).

The new system calculates the “grant-equivalent.” This is the difference between the net present value of the schedule of future payments on the loan and the face value. The present value is calculated using a discount rate that is intended to account for risk. The higher the risk of default, the higher the discount rate: this means that payments in the future count for less, as the borrower is less certain about receiving them. The DAC specifies this discount rate by income group, along with new concessionality thresholds for inclusion as ODA (Table 1).

What happens when loans go bad?

For ODA loans, the old system was equally simple: nothing happened to net ODA. Donors simply stopped receiving—and so stopped recording—repayments. If they forgave the loan straight away, nothing more was recorded. If they forgave it later, all they could record was the unpaid interest in the meantime, usually very little as ODA loans were, by definition, at concessional rates. For non-ODA loans, the principal (i.e., original face value) of the loan written off was recorded, along with any capitalised interest and charges.

The new system is more complicated. For ODA loans, the aim is to ensure that the “method does not generate more ODA for a loan and subsequent debt relief than a standard grant would generate.” The new system involves a three-step process:

For non-ODA loans, if they are totally forgiven then the full amount forgiven counts as ODA (principal and interest). If rescheduled, then the grant equivalent of the new schedule is calculated, and if above the concessionality threshold, then that grant equivalent is scored as ODA.

This is only a brief overview: the new rules provide 10 worked examples to illustrate the above. Working through these examples suggests a number of strange features of the new rules, some of which have already attracted criticism:

Despite how it seems at first glance, measuring loans by grant equivalent should—at least in theory—record a similar amount of ODA to the flow basis over the duration of a loan, but that’s only true if debt relief does not score additional ODA. The new system double counts losses: first, it records the expected losses on the loan, and it then adds the realized losses if they occur.

Under the old methodology, a fully repaid loan would score zero net ODA. But in practice, some loans would default, meaning that donors don’t receive (or subtract) all the repayments, and so the average amount of ODA recorded on such loans would be positive. By contrast, under the grant equivalent methodology, it is recognised at the beginning of the loan that on average, the lender can expect some losses; this is what the grant equivalent is supposed to measure.

In short, the old system counted the realized losses as they occurred, and the grant equivalent counts the expected losses at the outset. Over time, if the discount rates used to calculate the grant equivalent accurately capture risk—a contentious and heavily disputed claim—then on average, the two systems should yield similar results (in fact, the old system was arguably more generous to donors in theory, given that it ignored interest payments).

However, this is not true if additional ODA is scored when debt is forgiven. This is akin to counting both the expected and the realized losses, despite the fact that one is supposed to be an approximation of the other. The DAC itself has previously argued that “given that the new system would value upfront the risk of default on ODA loans, the eventual forgiveness of these loans would no longer be reportable as a new aid effort.”

2.   The new system incentivises loans rather than grants

The narrative to the new rules makes clear that ODA from loans should never count for more than ODA from grants. This is the purpose of the ceiling applied in step 3 above. Narrowly, this ceiling does achieve the goal of ensuring that ODA from forgiven loans doesn’t exceed that from equal-sized grants. But this ignores repayments: total net ODA from a forgiven loan could equal that from an equal-sized grant, even after substantial repayments have been made.

This is clear from the example of Case 1 in the new rules (for details of the numbers in this paragraph check the original example in the link). The combined ODA recorded on the loan is equal to what would have been recorded if an equal-sized grant had been made, despite the fact that the recipient had already paid the donor around 20 percent of the face value of the loan. Even if the recipient had defaulted three years later, the donor would have received back nearly half the face value, and still would have recorded the same amount as a grant.

It seems likely that a recipient would have preferred the grant to a loan that eventually defaults after substantial repayments, but each could score the same amount ODA under the new rules. (This ignores the time preferences, but this doesn’t materially alter the calculations). In fact, “Case 4” in the new rules demonstrates that a loan disbursed before 2018 can count for as much as a grant even if fully repaid.

3.   The more that has been repaid, the more ODA can be scored.

The ceiling ensures that the total amount of net ODA recorded never exceeds the face value of the loan recorded, but for loans disbursed prior to 2018 this creates a paradox: the more repayments have been made, the higher the ODA scored when the remainder of the loan is forgiven. Compare two examples, summarised in Table 2:

Example 1: First, imagine a $300 loan was disbursed before 2018, but no repayments have yet been made. As no repayments have been made, the total net ODA recorded on this loan so far is $300. If this loan is entirely forgiven, it will not score any additional ODA, as doing so would breach the ceiling.

Example 2: Now, imagine that the recipient had already started to repay the loan before 2018, for example, perhaps $46 of the principal had been repaid. Because these repayments occurred before 2018, their value is subtracted from the total net ODA recorded on the loan. This creates space under the ceiling for additional ODA to be recorded in the event of forgiveness, of exactly $46. Although counterintuitive, the very fact that there is less debt to forgive ($254, instead of $300) allows donors to score more ODA ($46, instead of zero).

It is also controversial to record any debt relief on ODA loans disbursed before 2018, the full face value of which counted as ODA, but for which repayments no longer count under the new system. As of 2018, outstanding debt owed on ODA loans was around $180 billion, which has effectively disappeared from the figures. Despite this, given repayments made on the original value of this loan stock, up to (roughly) $80 billion extra ODA can be counted as debt relief.

4.   The ceiling only applies to ODA loans

Although not explicit, it appears that the ceiling only applies to ODA loans. In practice, ODA-eligible loans have been a small part of debt relief historically, and other transactions—in particular, export credits—are far more important (see OECD DAC table 1)

The most significant debt relief tends to occur on loans that have been “non-performing” for several years, meaning it is likely that before a non-ODA loan is written-off, the recipient would have fallen behind with payments, and accumulated penalty interest rates and charges on the loan. Together these can sum to many times the original face value of the loan, and so when debt relief occurs, the amount of ODA recorded would also be much higher than if a grant had originally been given. In 2005, principal on export credits worth $14 billion was forgiven, and yet, the ODA recorded on this relief was $22 billion.

The new rules seem to allow counting the full amount written-off if the original loan was not counted as ODA. While this is unchanged from the old rules, it was always one of the most controversial aspects of counting debt relief as ODA and was heavily criticised by former chairs of the DAC and its statistical working party (para. 6). If the ceiling was also applied to such non-ODA loans—that started as purely commercial transactions and often represent little cost to donor governments—this would have addressed some of these criticisms, but this doesn’t seem to be the case.

The difference this could make to ODA going forward is hard to predict and contingent upon the scale of future debt relief. But in principle, the new rules could increase ODA by tens of billions without any corresponding increase in actual flows to developing countries.

Despite what the DAC may have hoped, it seems unlikely that this set of new rules is going to end the debate. They don’t address the concerns of keen observers of “the modernisation of ODA,” and many are already arguing that they overstate donor effort. Civil society groups are likely to feel that their fears have been realised. We will examine the potential implications for the integrity of ODA in a future work—stay tuned.

Governments and Development
Borrowing and Debt