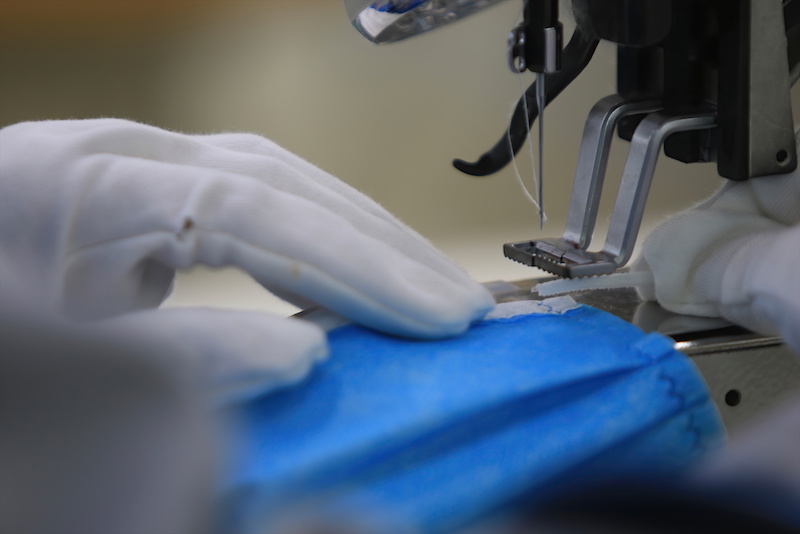 Why Is DFC Investing in Domestic COVID-19 Programs?
Clemence Landers
and
Prashant Yadav
May 20, 2020

This week the US International Development Finance Corporation (DFC) and Kodak signed a letter of interest (LOI) for a $765 million loan. The loan will finance Kodak’s shift into the pharmaceutical industry and the production of generic drug ingredients. This is DFC’s first domestic investment—and its largest single loan to date—following President Trump's move this May to delegate authority under the Defense Production Act (DPA) to DFC to support the domestic production of medical equipment to address COVID-19 supply shortages.

We raised concerns about Trump’s DPA move in a blog post a few months ago. Notably, we questioned the wisdom of empowering a new agency—with neither a mandate nor a proven comparative advantage in domestic US supply chains—rather than relying on experienced agencies like the Federal Emergency Management Agency (FEMA), Health and Human Services (HHS), or the Treasury department to manage the complex task of bolstering production of critical COVID-19 supplies. Instead, we argued that by sticking to its core mandate DFC would be better placed to help resolve some of the overseas supply chain bottlenecks that hamper US supply.

DFC’s first domestic DPA loan is an opportunity to have a fresh look at the program and raise a new round of questions for the agency. Notably:

Why is the government financing necessary and why can’t Kodak raise the funds from the market? What are the terms of the loan and is there an associated subsidy cost? If Kodak’s business proposal for getting into Active Pharmaceutical Ingredient (API) manufacturing is sound, it’s unclear why the company can’t raise funds from the market without government assistance. Kodak is an established publicly traded US company with low cost raising debt. So is the value of this investment to Kodak less about the concessional capital and more about getting the Federal government vested in its expansion into an untested market?

Is this expansion financially viable? The bigger challenge for Kodak is the risk related to the ultimate market viability of their product, namely whether finished pharmaceutical producers will purchase API from Kodak, and at what price premium. Kodak’s past ventures in pharmaceutical manufacturing also raise questions about the sustainability of the investment. Kodak purchased Sterling Drug for $5.1 billion in the late 1980s, however the investment didn’t pay off, so it was offloaded for $1.6 billion to Sanofi a few years later. Other Federal government agencies, such as HHS, would have greater ability to advise Kodak on market dynamics and deploy tools to mitigate that risk, than DFC.

Based on what criteria was Kodak selected? DFC released broad selection criteria in its DPA Request for Proposals, but greater clarity on the reasons for selecting the Kodak project over other applicants is important. This is especially salient since it isn’t clear whether this investment is intended to unlock immediate COVID-19 medical supply shortages in the US such as testing. Rather it appears to be part of a broader national onshoring agenda.

How will DFC ensure this investment is broadly socially beneficial? Given that US taxpayers are providing the loan there should be provisions that ensure that they will also benefit. For instance, if the government intends to purchase products from Kodak to replenish the national stockpile will the taxpayer get below-market preferential pricing? What is the broader impact? Will the investment meaningfully lower the price of generic drugs in the United States? And will the Kodak products supported by this investment be subject to export controls (which certainly wouldn’t be desirable under a broad (global) standard of public interest.)?

What steps has DFC taken to ensure that robust fiduciary standards are applied? Will DFC’s regular fiduciary framework apply to this loan? We note that DFC has yet to appoint an Inspector General which remains a key vulnerability for the agency, especially in light of its expanded domestic investment program.

These are key questions we would ask for any development project, but they are also salient in the US context as America’s new development finance institution veers far off its mandate. The stakes are too high for mistakes.