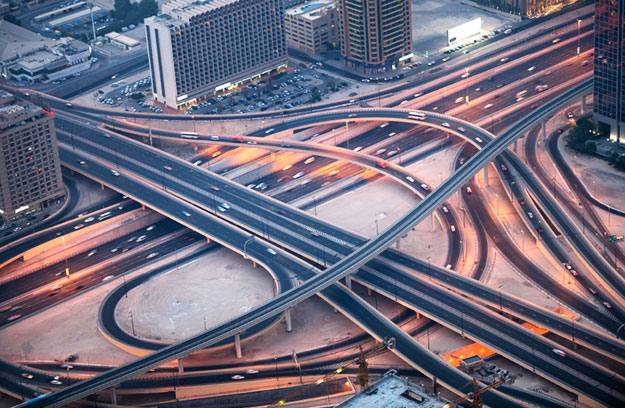 Countries have traditionally invested their sovereign wealth in securities of major markets able to provide dependable returns and macroeconomic stability, but some are now investing more sovereign wealth domestically because of diminished returns in major markets and new investment opportunities at home. This opens up some potential opportunities but also a number of serious risks, including undermining hard-earned efforts to sustain macroeconomic stability and providing a vehicle for politically driven “investments” that fail to add to national wealth.  Resource-rich countries are prone to this; the quality of their public investment management is substantially lower than that of non-resource countries.

In a policy paper, my co-authors (Silvana Tordo, Havard Halland, Noora Arfaa, and Gregory Smith) and I propose a set of checks and balances to mitigate the risks of putting sovereign wealth into domestic investments.  Here I present a summary of that work.

Why the Trend toward Domestic Investments?

Sovereign wealth funds amount to more than $6 trillion in assets, and about half of that belongs to resource-exporting countries.  Several resource-rich developing countries have established or are establishing sovereign wealth finds with an expanded role as a national investor, including in “strategic” projects. Angola, Nigeria, Papua New Guinea, and Mongolia are among the most recent examples. More are in the making, including Colombia, Morocco, Tanzania, Uganda, Mozambique, and Sierra Leone.

With needs in such countries high, popular sentiment may push governments to spend part of their accumulated financial wealth at home. And given constrained access to finance since the global financial crisis and the significant management and governance challenges facing public investment in resource-rich countries, governments may see the sovereign wealth fund as a means to improve the quality of public spending and attract private investors to strengthen investment discipline.

If a sovereign wealth fund has, or engages, the necessary expertise it could act as a specialized investor, helping to attract private investors through well-designed private-public partnerships, but opening the door to domestic investment introduces very serious risks. With domestic investments, the investor—the government, on behalf of the nation—is also the promoter of the investments. The quality of the fund’s portfolio can then be undermined by politically driven decisions, with “investments” contributing neither to growth nor to increasing the wealth of the nation. Since the fund could be used to bypass parliamentary scrutiny of spending, the result could be even more inefficient and fragmented public investment programs. Sovereign wealth funds are particularly vulnerable to these risks because, unlike pension funds or development banks, they have no creditors able to exert due diligence in an independent manner.

How to Mitigate the Risks?

The basic conflict of interest posed by state ownership cannot be eliminated, but it can be mitigated by good policies.

Coordinate strategic investments. Domestic investments by sovereign wealth funds need to be considered part of a public investment program and the implementation of macroeconomic policy.  As such, especially if large they should be considered in the context of overall investment levels to avoid damaging “boom-bust” cycles.

Finance the right investments.  An infrastructure project, for example, may provide indirect benefits such as the stimulation of private investments and jobs that are not fully captured by its financial return. While such social and economic returns should be high, wealth fund investments must also yield “acceptable” financial returns.

Invest for competitive returns. Allocations to domestic investment should not be in the form of a mandated share but determined on the basis of competition with the returns on foreign assets.  When domestic returns are low or there are indications of asset bubbles, investment should be channeled abroad.

Pool investments.   Investing with private investors, pooling with other funds, and co-financing with the regional development banks could help sovereign wealth funds reduce risk, bring in additional expertise, and enhance the credibility of the investment decision. Some funds, such as Nigeria’s, have signed cooperation agreements with major international investors. Limiting investments to minority shares would serve to reduce risks of politically motivated allocations.

Strengthen corporate governance.   There is a large body of knowledge on effective external governance (between the state and sovereign wealth funds) and internal governance (the composition and functioning of the board of directors or trustees and the management processes of the fund). It is especially important that sovereign wealth funds mandated to invest domestically have independent boards, professional staffing, independent auditing, and transparent reporting, especially on strategic investments.

Sovereign wealth funds as strategic domestic investors can inject a degree of discipline into the use of natural resource revenue and help countries avoid the “resource curse.”  However, they also have the potential to exacerbate the mismanagement of resources that has plagued so many oil and mineral-exporting countries.  Although domestic investment by sovereign wealth funds is a new issue, some funds such as Temasek (Singapore) have been active investors in large projects, including in developing countries.  We see no sign that the trend will go away, except possibly in the event that a commodity price collapse creates a financing crisis in the resource countries that causes the funds to be tapped to provide massive assistance to budgets.  A second stage of this research is looking in more detail at the practices of a number of funds that could provide useful lessons.