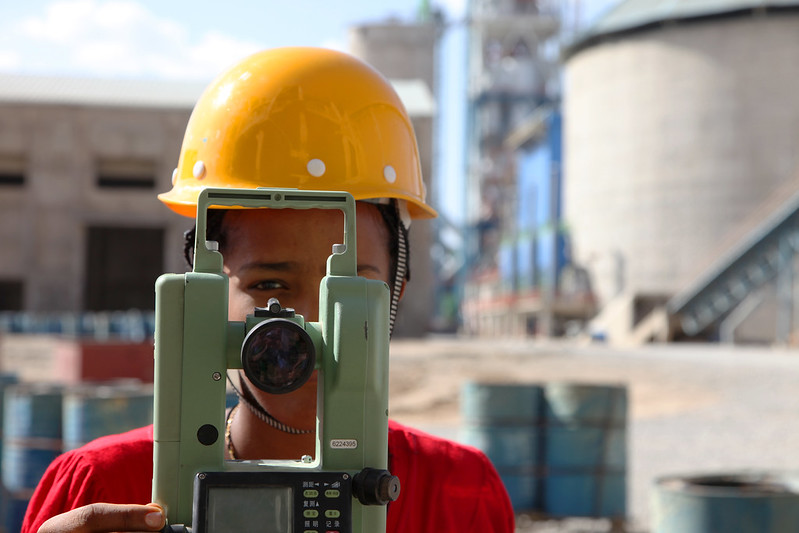 Skills mobility partnerships, linking migration and training, are all the rage. This blog gives background on and analyses a new study that quantifies these partnerships’ potential impact to European GDP.

The world is currently at a crossroads. Many high-income countries, such as those in Europe, North America, and across the Pacific Rim are facing the impacts of increasingly aging populations. These impacts, from pressure on pension systems to skills shortages, are threatening economic growth.

At the same time, many low- and middle-income countries throughout Africa, Southeast Asia, the Pacific, and Latin America, are experiencing a “demographic dividend.” Their increasingly educated and skilled working-age populations continue to grow, yet they face high unemployment rates.

Facilitating migration between these regions needs to be part of the answer. But exactly how to design, implement, and manage such mobility has long been the subject of debate. Concerns around “brain drain” in countries have origin have led policymakers and the international community to focus on ways in which migration can have a larger development impact.

What are Skills Mobility Partnerships?

“Skills Mobility Partnerships” (SMP) encompass a range of different government-to-government agreements that aim to better link migration, training, and education (table 1). According to the International Organization for Migration (IOM) they have five key characteristics:

Ensuring migration contributes to development within countries of origin is embedded within Sustainable Development Goals (SDGs) 4, 8, and 10, and called for within Objective 5 of the Global Compact for Safe, Orderly, and Regular Migration (GCM). Today, over 70 such partnerships exist.

Table 1. A typology and selected examples of Skills Mobility Partnerships

Here’s where things get a little confusing. Objective 18 of the GCM explicitly calls for the international community to establish “Global Skills Partnerships” (GSP). Such partnerships are a form of SMP, whereby training is moving into the country of origin to better combat brain drain and contribute to development.

The GSP approach was designed by CGD Fellow Michael Clemens in 2013 and was included within the GCM after years of dissemination and negotiation. In 2018, the IOM—along with other actors— established their own (broader) version of the GSP approach which instead focuses on skill recognition alongside promoting mobility.

In May 2012, the European Union (EU) developed the Global Approach to Migration and Mobility (GAMM) which aimed to integrate all aspects of migration and mobility of nationals from third countries (TCNs) into overarching “mobility partnerships.” Working through existing dialogues such as the Rabat Process, the Prague Process, and the ACP-EU Migration Dialogue, new partnerships were signed to promote returns and readmission and enhance circular migration. Two overarching migration frameworks followed: the 2015 European Agenda on Migration and the 2019 New Pact on Migration and Asylum.

Yet despite all this focus, there has been very little meaningful progress on establishing new labour channels for TCNs to Europe. Take Africa for example, frequently touted as the region of most interest to Europe. Since 2013, the number of European first-time non-humanitarian work permits (for family, study, and work) granted to Africans has barely shifted.

Here, things may be shifting. The New Pact proposed two new legal migration instruments: the EU Talent Pool and Talent Partnerships. The latter was launched in June 2021 and looks very similar to the SMP approach, aiming to invest in training, development, and systems strengthening in countries of origin, while expanding skilled migration.

Stakeholders throughout the European policy process have welcomed this move and urged Member States to develop such partnerships. The European Parliament, for example, released a new resolution which:

highlights that inspiration could be found in existing skills-based agreements on the development of talent partnerships that allow the destination country to be directly involved in shaping the skill sets of TCNs potentially interested in migrating to the EU, including by establishing training facilities and programmes for third countries, and address the need for transparency of partnerships with third countries, including through the need to involve social partners.

What impact could Skills Mobility Partnerships have on Europe?

Last week, the European Parliament Research Service (EPRS) launched a new assessment which quantified the European added value of supporting and developing skills mobility partnerships, alongside other initiatives which aim to make it easier for TCN’s to work in Europe.

To start, the authors collected vacancy rates across the sectors currently targeted by existing bilateral skill partnerships—agriculture, forestry, and fishing; industry and construction; accommodation and food services; information and communication technology; and human health and social work activities. The assessment established that 10 percent of these vacancies could be met through skills mobility partnerships.

The model assumes that there is an initial productivity gap between TCNs and native workers, that can be eliminated by training TCNs in their home countries before they migrate. The authors then use a general equilibrium model (a macroeconomic model that aims at representing the interactions occurring in the economy as a whole) to identify the changes in wages, firm composition, and GDP per worker from such qualified workers filling the abovementioned vacancies. The model also considers the costs of program implementation and of providing training.

It is expected to increase the share of migrant-owned firms by 0.55 percent and to increase GDP per worker by about 0.02 percent. These impacts correspond to an increase in European GDP of €2.8 billion per year.

This model does not take into account other “less tangible, but not insignificant benefits,” like the impact of those trained who remain in their country of origin (a characteristic of our Global Skill Partnership model), improved relationships with third countries, and a potential reduction in irregular migration.

It also doesn’t quantify the impact of this “brain gain,” that is, training people who remain within their country of origin. The Global Skill Partnership approach was explicitly designed to reverse “brain drain,” causing a net increase in the supply of skills in both countries. Whether skill mobility produces a “brain drain” is explicitly down to how that mobility is structured.

And skills mobility partnerships were not the most impactful avenue they measured; that honour goes to reducing occupational discrimination against migrant workers. Yet the study shows that the options are complementary, and a greater impact could be obtained by combining them; long-run GDP gains could be between €37.6 billion (supply-side measures) and €74 billion per year (demand-side measures).

This assessment clearly shows that skills mobility partnerships, alongside other policy reforms, could have a substantial impact on reducing skills shortages and addressing structural needs in Europe, not to mention other benefits to countries of origin and the migrants themselves. We have the tools to do this; we just need to act.