Travels on the Digital Frontier: Field Notes from Karauli, Rajasthan

Rains have come early this year in the Karauli district, located in the state of Rajasthan in north India and sandwiched between the Taj Mahal, a famous tiger reserve, and the palaces of Jaipur. Kheri, a medium-sized village of nearly 500 households and a smorgasbord of castes and religions, is getting ready for a good harvest season. Tractors go up and down the narrow unpaved roads; the villagers are up early tending their fields sowing bajra, the coarse grain that is the staple of much of this region; and bullocks block the path sitting in the pools of mud that the rains have helpfully created for them. There is an unchanging nature to this scene, much like it has been for centuries past.

But change has come to Kheri, especially over the last half a decade. It has become the digital frontier where the new India meets the old. I am here to see first-hand how a large program of the Government of Rajasthan, known as Bhamashah, is being implemented on the ground. The program is registering all family members under a single identity document known as the “Bhamashah Card,” linking it to lists of beneficiaries in over one hundred social programs such as food rations, old age and widow pensions, scholarships, etc. Having the card also means that each below poverty line (BPL) family gets a one-time enrolment grant of 2000 rupees (around $30) deposited directly into their bank account and health insurance plan where they can access both public and private healthcare providers.

The card also links each individual member’s Aadhaar—India’s biometric id number—to the Bhamashah database eliminating false or duplicate registrations from the subsidy delivery system. Most importantly, it mandates that the card is registered under the name of the woman, effectively making her the head of the household. In a society famous for its patriarchy, this is nothing short of shaking up the very foundations of gender relations that has existed over thousands of years. 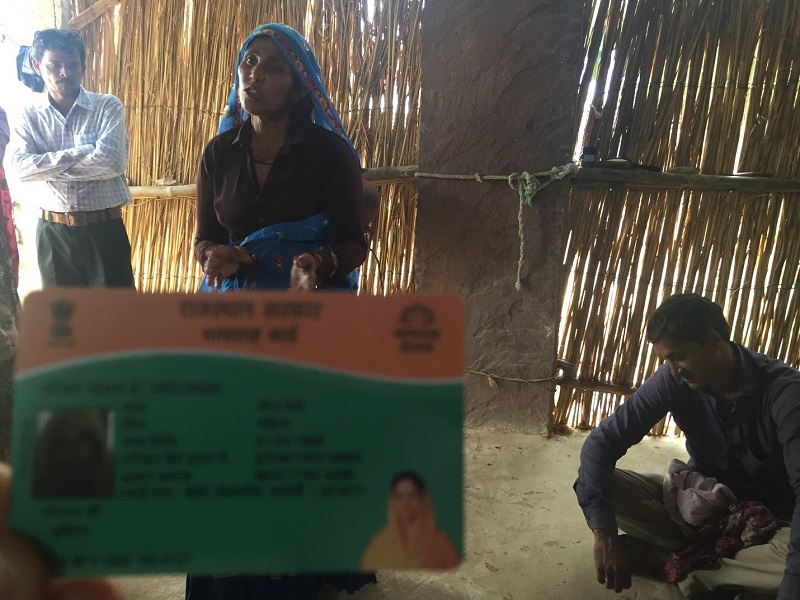 Our survey team moves through the village identifying houses to randomly administer a questionnaire that we have designed with our local partners, MicroSave. As we go through the questions, crowds gather around, curious of what’s happening. The village headman gets word that a “team” from Delhi is here to know about Bhamashah, leading to some interesting discussion on why we are here and what our (ulterior) motives are. The conversations are generally good-natured and end with an offer—or rather insistence—of having tea at his house before we leave.

The villagers, of course, have their views. They are generally satisfied about the enrolment process and told us that they got the card made because “everyone else was getting it.” Everyone has an Aadhaar number, all women we spoke to had bank accounts, and most had linked the two. But getting food rations seems to be the main issue—many said that they did not know why they were not getting it regularly. Our team conducted several focus group discussions separately with the villagers and the local administration. We hope to get a clearer picture of why this is happening and how the issue can be resolved. 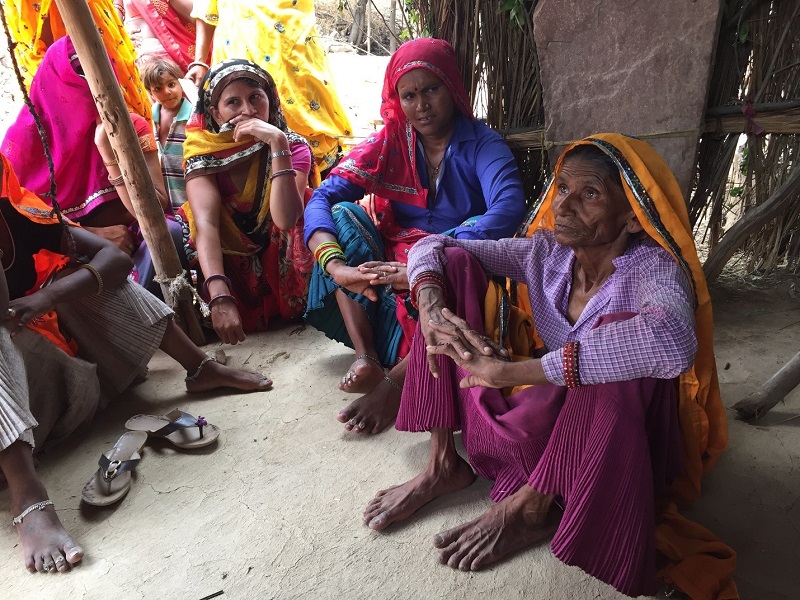 Overall, it seemed that Karauli is now firmly in the digital ecosystem that India is building with Aadhaar, financial inclusion, and the mobile revolution—the so-called ‘JAM’ trinity. But it still has to overcome significant challenges of poverty and inequality. In a state that is similar in size and population to Germany, it is no small achievement to take on the ambitious task of providing each family with a unique ID and deliver it within a short span of three years.

The possibilities of 80 million people in Rajasthan participating in digital governance is immense. But as an older woman who did not know her own age told us, “making peoples’ lives better is more than delivering just a card.”

I could not agree more.

Blog Post
Designing with Users, Designing for Use: Lessons from...
Shruti Viswanathan and Michael Pisa